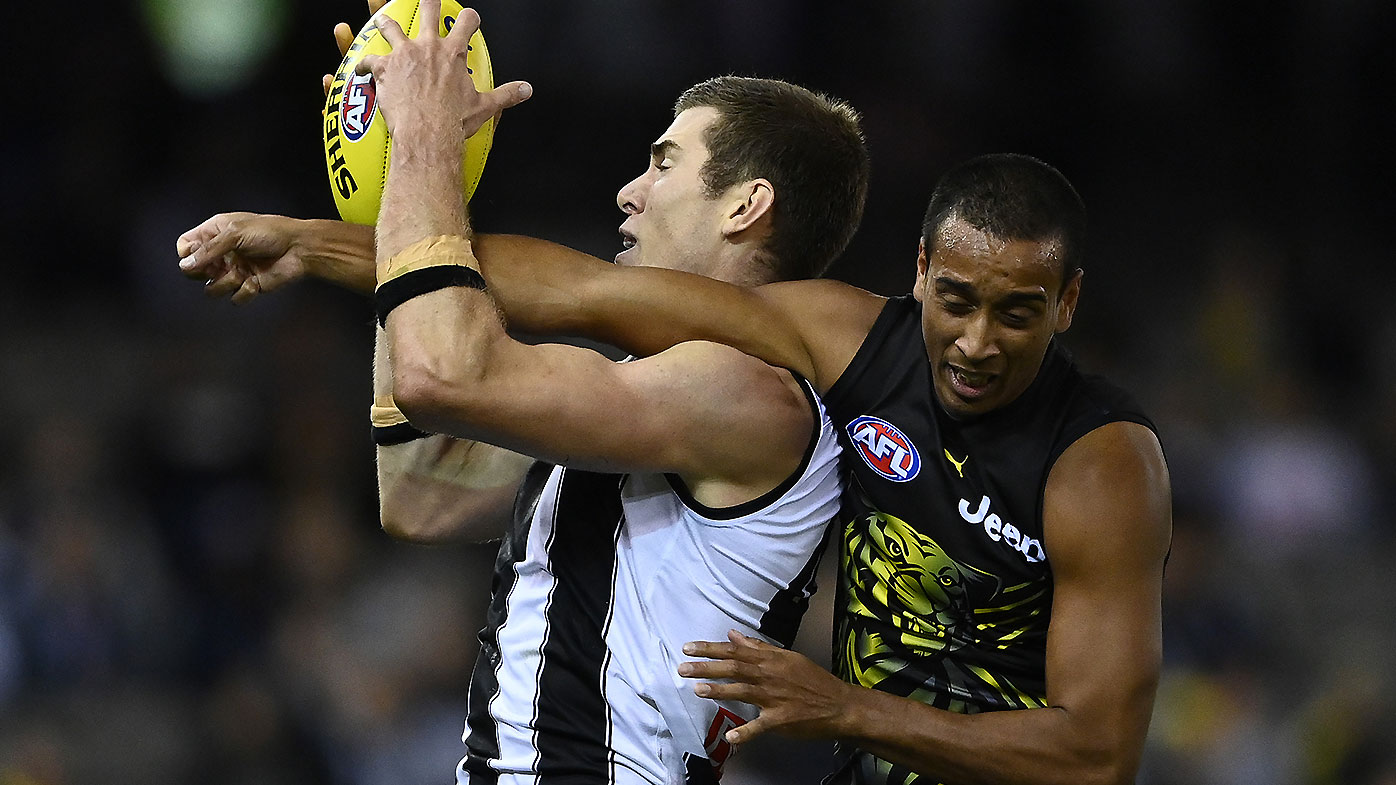 
Collingwood Mason cox played down a fierce clash with the Richmond stars Jack riewoldt and Dustin Martin in a biting pre-season clash at Marvel Stadium.

Although the game ultimately counted for nothing, sparks flew between the two Victorian superpowers as Cox managed to play in the third quarter, leading a Magpies comeback.

Cox and compatriot Darcy Cameron both finished with three goals apiece, as he provided a glimpse of the fiery back-and-forths that came after one of his goals in the third term.

“I think we’re all excited to be back to play soccer to be honest,” Cox told Fox Footy.

“I always like a little bit of chirping here and there and after a few there was a bit of back and forth and a few guys from the front row decided to come back and give me a little lip. C is still a lot of fun and it’s just enjoyable.

“It’s a preseason game, but it’s a lot of fun. At the end of the day you shake hands and I think that’s what football is about. I think. that’s okay. On the pitch you can talk about trash, but once it’s done everyone’s friends. “

While Cox and Cameron’s form was positive for Nathan Buckley’s side, the Magpies suffered a number of headaches as young pistol Will Kelly and veteran Steele Sidebottom failed to complete the contest.

Kelly suffered a broken collarbone after a clash with Richmond’s Dylan Grimes in the second quarter, while Sidebottom didn’t last beyond the first quarter with what has been called “calf awareness” on the cover by Fox Footy.

Jayden Short, Richmond’s best and fairest reigning winner, continued where he left off at the end of last season, finishing with 41 disposals, while Jack Crisp (29 disposals) and Jordan De Goey (27 disposals) ) were among the best for Collingwood.