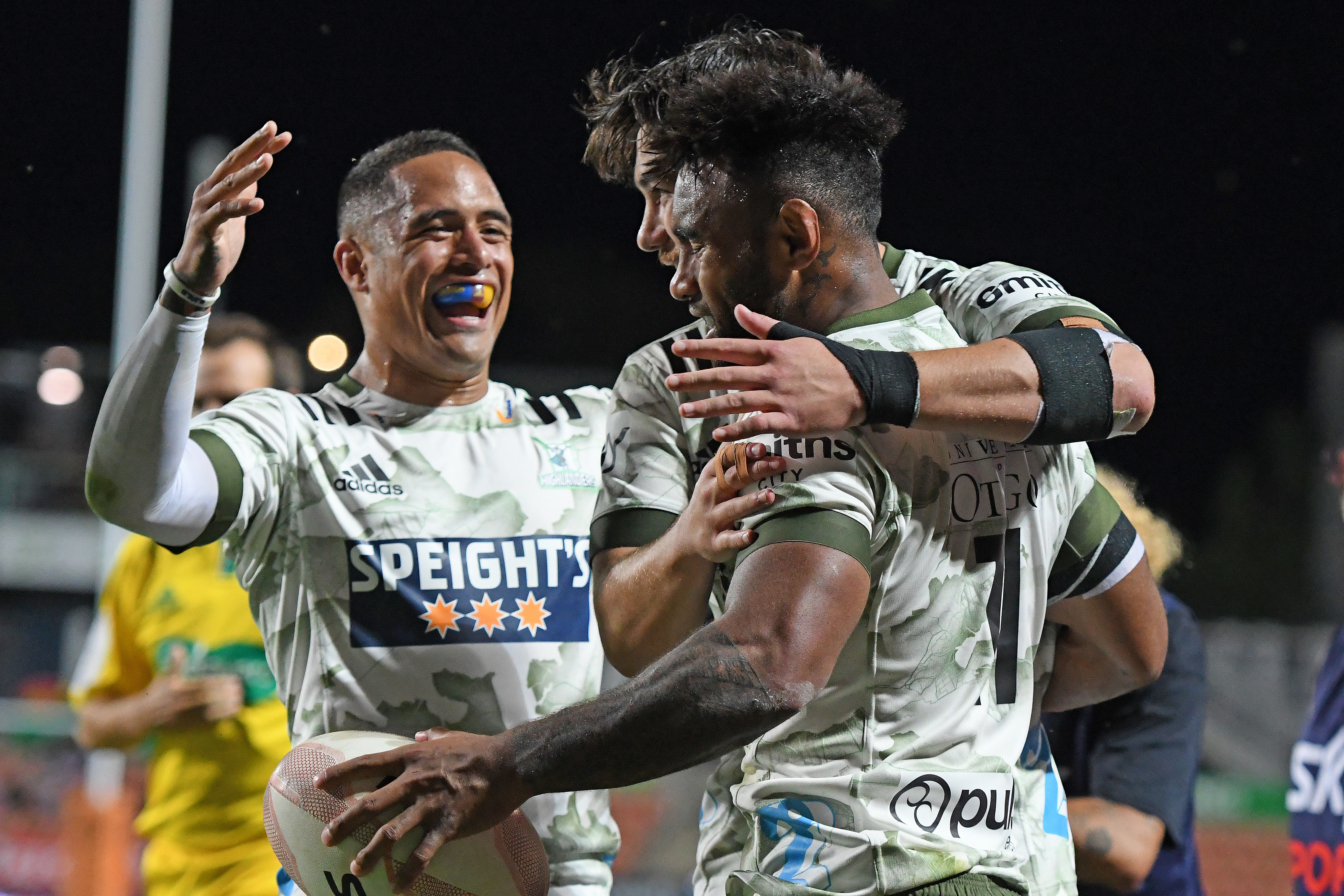 
Jona Nareki’s magical feet embarrassed the Chiefs as the Highlanders rushed to a brilliant 39-23 win in Hamilton on Friday night.

The Highlanders winger’s pace and deception separated the hosts and his hat-trick gave new Chiefs coach Clayton McMillan a loss in his first game.

It’s also a 10th straight loss for the Chiefs, extending a franchise record, but the Highlanders are on the board with a bonus points victory in Super Rugby Aotearoa after falling to the Crusaders last Friday.

The Chiefs entered the competition this weekend, with a limited crowd due to Covid-19 alert level restrictions at FMG Stadium Waikato, and their second half went from bad to worse, their discipline costing them dearly.

They even lost the challenge of a late Highlanders captain, the first used since his introduction, due to a high elbow from Mitchell Brown on a carry.

Referee Paul Williams kept the offside line refereeing strict and the Highlanders were initially on the receiving side, although the tables turned on the Chiefs after half-time.

The Highlanders lost Sio Tomkinson and co-captain Ash Dixon in the first half to yellow cards – the latter just as the former came back onto the pitch – and the Chiefs were pushing for a third try when the interception score de Nareki prevented the visitors from falling behind by more than 20 points.

READ MORE: All Blacks legend slips his boot into the referees

It was a break the Highlanders needed. The Chiefs started very well and led 20-6 on the back of quick hands, superb breaks and forwards pushing the Highlanders back into the scrum.

Folau Fakatava, the promising half-back on everyone’s lips due to his uncertain future, was solid if not spectacular until he showed why he’s in high demand.

His brilliant step in the scrum drew the Chiefs into a nap and livewire No 9 scored with his final act, in the 50th minute, before All Black Aaron Smith entered the contest with the Highlanders gaining momentum.

Luke Jacobson and Tupou Vaa’i carried the Chiefs with conviction, but Shannon Frizell was a threat to the Highlanders during the blackout.

Frizell, the loose All Blacks forward, was also at the end of a wide-ranging move, inspired by Nareki’s devastating run, to give the Highlanders the lead for the first time in the 53rd minute.

Nareki then pinned his ears to score in the right corner for their third try in seven minutes to give the Southerners a 12-point lead.

He sealed his hat trick with another standout finish, this time in the left corner, and a third straight win for the Highlanders in Hamilton.

The Chiefs were stunned, their confidence shattered, mistakes crept in, and Bryn Gatland’s first five-eighth was an unfortunate outing in his hometown.

Earlier, Damian McKenzie threw the Chiefs forward for a perfect start, but a succession of early penalties slowed play as Williams laid down the law.

McKenzie and Josh Ioane traded penalty goals, but both teams were willing to throw the ball despite the eight penalties in the first quarter.

First, the Highlanders were punished more severely by Williams’ whistle – Tomkinson received a yellow card in the 20th minute for offside with the Chiefs in attack – and Luke Jacobson crashed for the first down after the hosts supported their scrum near the line.

Jacobson’s break then put the Highlanders back on the back foot and McKenzie entered with the visitors’ defense in tatters.

With the Highlanders back at 14 after Dixon yellow, Nareki’s interception after pouncing on Bryn Gatland’s deflected kick was just what they needed to bring them to life.

The Chiefs had no answer then, except for McKenzie’s third penalty goal.