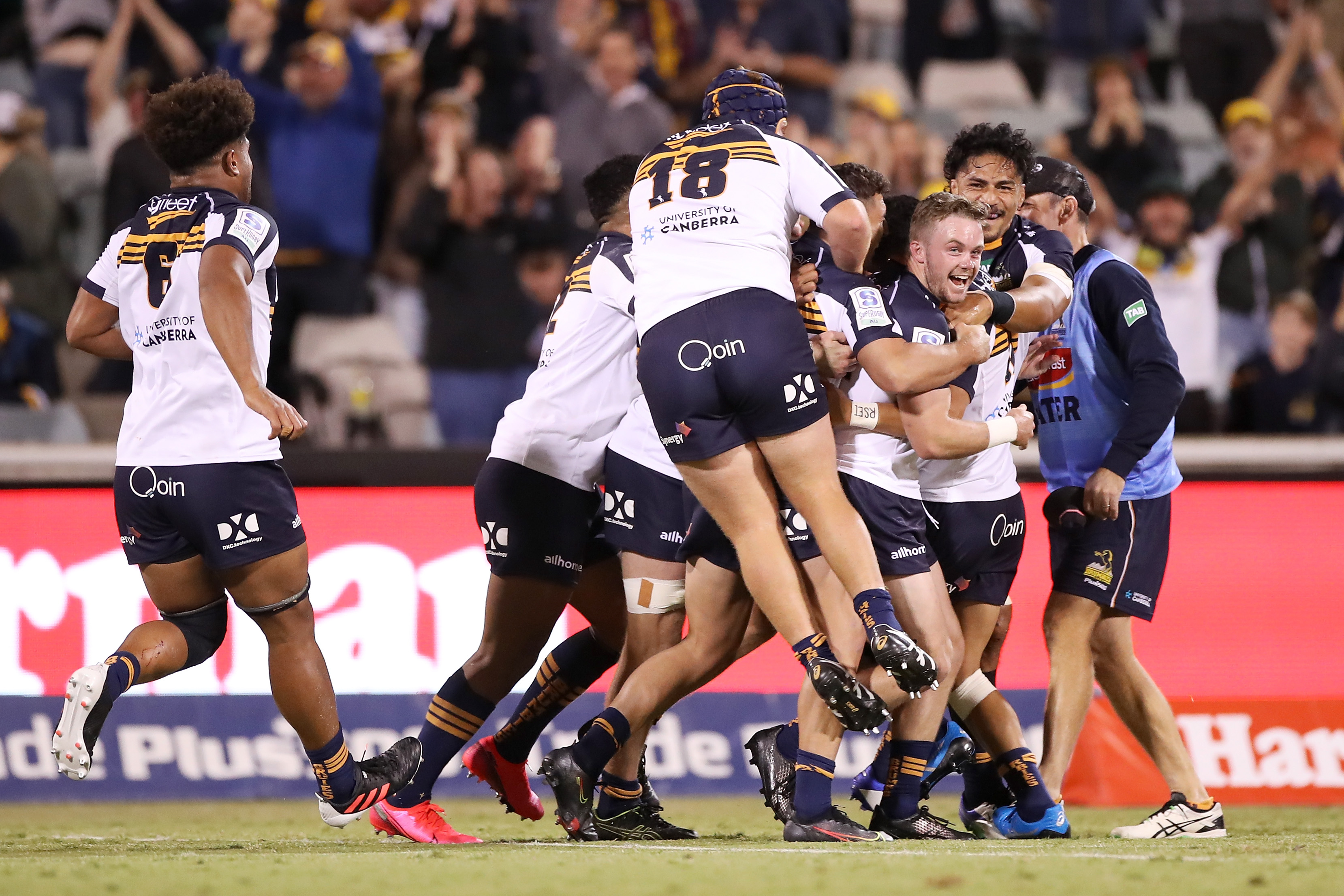 
Brumbies hero Ryan Lonergan admits he wasn’t sure he had enough power in his right leg to start what he called “the biggest kick I’ve ever hit” to beat the Rebels Saturday night.

As the championship teams do, the Brumbies have been able to overcome major setbacks – including a red card to captain Allan Alaalatoa – and find a way in the 27-24 AU Super Rugby thriller in Canberra.

Lonergan, 22, is a relative unknown outside the nation’s capital, but has a pedigree as a former captain of the Junior Wallabies.

The local boy had to bide his time behind Joe Powell and Nic White, but has delivered practical cameos on the bench over the past two seasons and is a recognized goalkicker.

In a comment for Nine and Stan Sport, Wallabies legend Tim Horan noted that Lonergan was immediately eyeing the nearly 60m corner posts when the Brumbies won a penalty halfway through time.

“Bro, I didn’t know I really had that distance in me,” the beaming half-back told Nick McArdle afterwards.

“It’s the biggest kick I’ve ever given. I don’t mean to say I doubted myself, but I definitely had to give him the berries.

“I just tried going through my normal process, and then at the end I just said, ‘Hit him as hard as you can.’ I was nervous but it wasn’t nerves about the stage of the match, I was more nervous about whether I had the distance or not.

“I was a little tired and took my time just to pull myself together a bit, but I’m just really excited to be able to hit this for the boys.”

It wasn’t Lonergan’s only major contribution on the bench at GIO Stadium.

He also dazzled with a blind pass inside flying half-back Tom Banks who expertly finished for a crucial second-half try.

“Me and Banksy, for some reason, make this move quite often,” Lonergan said.

“I think Tom enjoys going around the scrum in the later parts of the game and all the credit goes to him. He gave me a note on that and I just had to execute the pass.

“He did a really good job of scoring the try.”