“I live the free rent in your head” 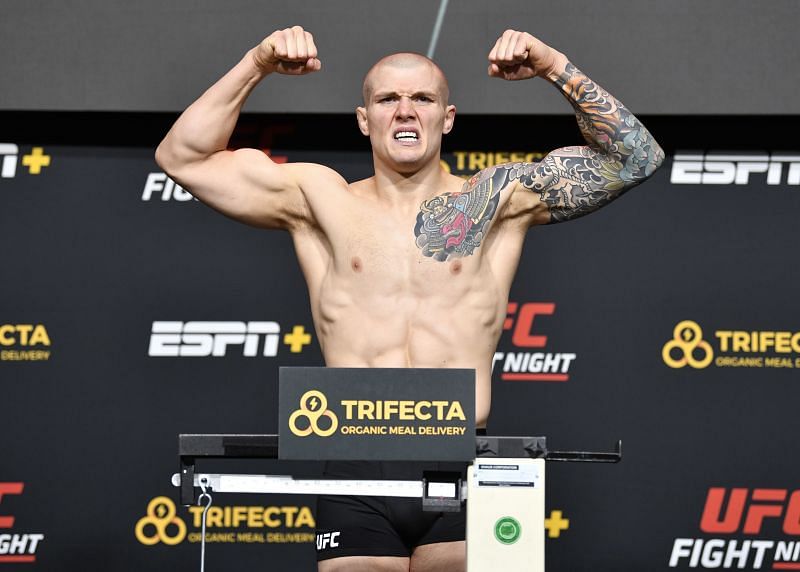 
Marvin Vectors is confident he will have a title shot against the current middleweight champion Israel Adesanya soon.

The two fought in 2018 in the second fight of Israel Adesanya’s UFC career. Marvin Vettori lost by split decision in what is widely considered the closest fight to “ The Last Stylebender ” in promotion to date.

Israel Adesanya provoked Marvin Vettori by talking to Daniel Cormier in a UFC Show after weigh-ins ahead of his light heavyweight title fight with Jan Blachowicz at UFC 259 this Saturday.

Speaking of the UFC middleweight fighters who could potentially claim his title, “ The Last Stylebender ” said in reference to Marvin Vettori:

“What’s his name? The Italian.”

Soon after, Vettori used his social media to send a direct response to Adesanya.

“First they ignore you, then they discredit you, then they play games. I live free rent in your head. Soon you will have nowhere to run. I’m expecting your boy, Israel Adesanya, ”Marvin Vettori wrote on his Twitter. Account.

“ The Italian Dream, ” No.5 in the middleweight table, is booked to fight No.4 Darren Till on April 10. Vettori’s last fight came in December 2020, when he stepped in at the last minute to replace Kevin Holland against Jack Hermansson.

Marvin Vettori made one of the biggest jumps in the UFC rankings after beating Jack Hermansson at UFC Vegas 16 last year. He was reclassified to No.5 – seven positions higher than his last ranking.

The fight between Marvin Vettori and Hermansson broke the UFC record for the most important strikes, landed in a middleweight bout. The Italian was declared the winner by unanimous decision.

Vettori still believes that he should have had his arms raised instead of “The Last Stylebender” at the end of this fight. He said in an interview with MMA Junkie:

“People can say whatever they want about my fight. I have my opinions. He has his opinions. People have their opinions,… but whoever won this fight, and the judges – the one me the gave, two gave it to him – one who even him is happy with what happened in that fight? Did it really go like it’s supposed to go down? Is someone really came out on top, like saying, ‘I beat the other guy?’