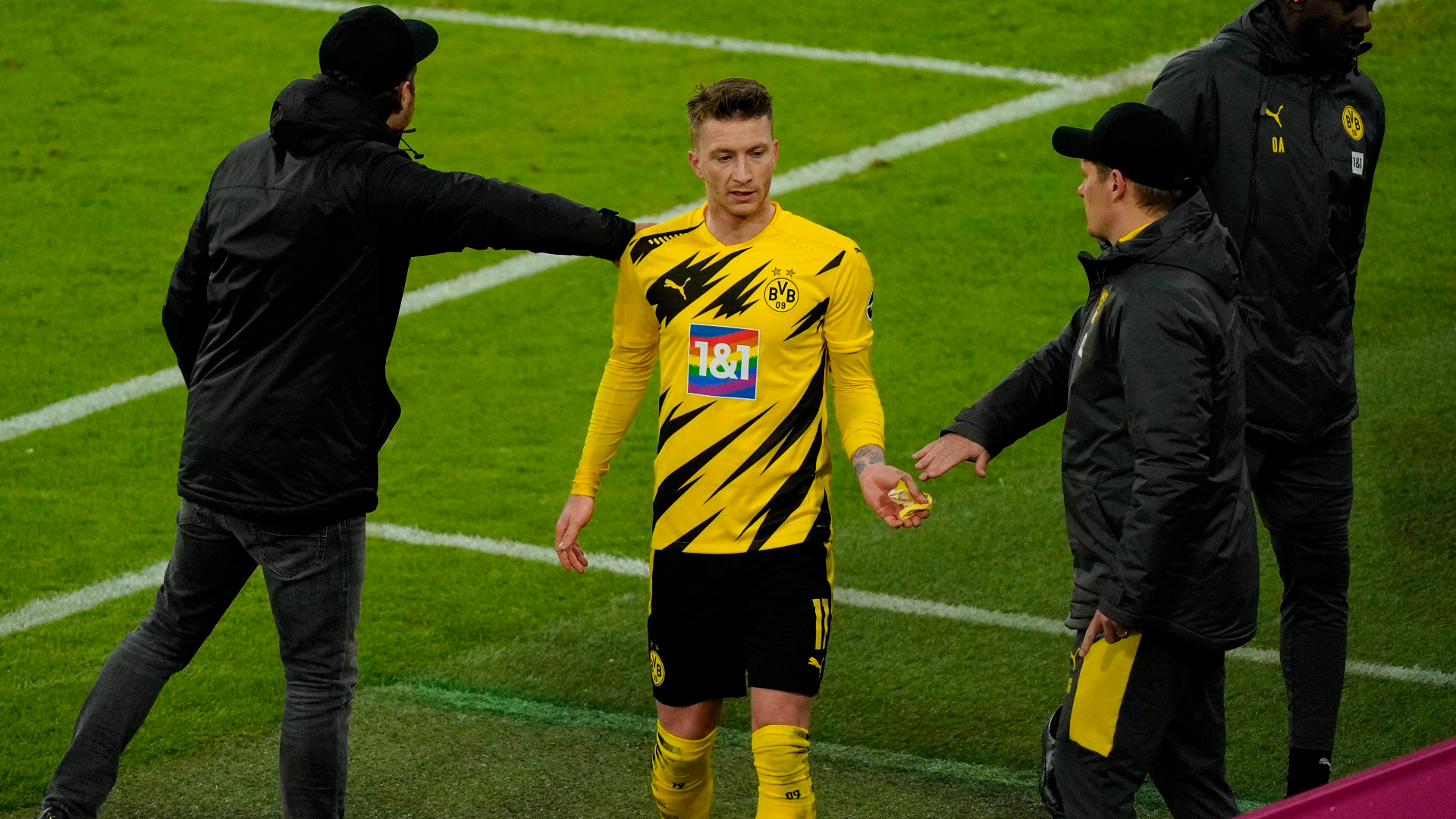 Marco Reus couldn’t hide his fury with officials after Borussia Dortmund slipped to a late 4-2 loss to Bayern Munich on Saturday.

Dortmund looked set to clinch a well-deserved point at the Allianz Arena before Leon Goretzka drilled through Bayern with two minutes remaining.

Reus, however, felt the referee should have sounded foul in the build-up and wondered if the official would have come to the same conclusion if it had been the other way around.

What happened in The Classic?

Dortmund got off to a perfect start with Erling Haaland hitting twice in the opening nine minutes.

Robert Lewandowski patted Leroy Sane’s cross to bring Bayern back into the game, before leveling off shortly before half-time.

Goretzka then put Bayern in the lead for the first time in the game before Lewandowski finished his hat trick moments later to send the Bavarian giants back to the top of the table.

What did Reus say?

Dortmund felt there was a foul on Emre Can by Leroy Sane ahead of Bayern’s third goal.

“For me it is a clear fault,” he said Sky Germany.

“I’ll be honest: if it was against Bayern, the referee would have whistled 100%. It’s like that. Nothing to add.”

Thomas Muller played down the incident when told of Reus’ comments. “I don’t think we want tackles like this attributed to midline fouls,” he said. “Otherwise, it would be stop-start.

“I wouldn’t have seen it as a foul against us either, believe me or not. There is nothing worse than when everything is always blown the same way.