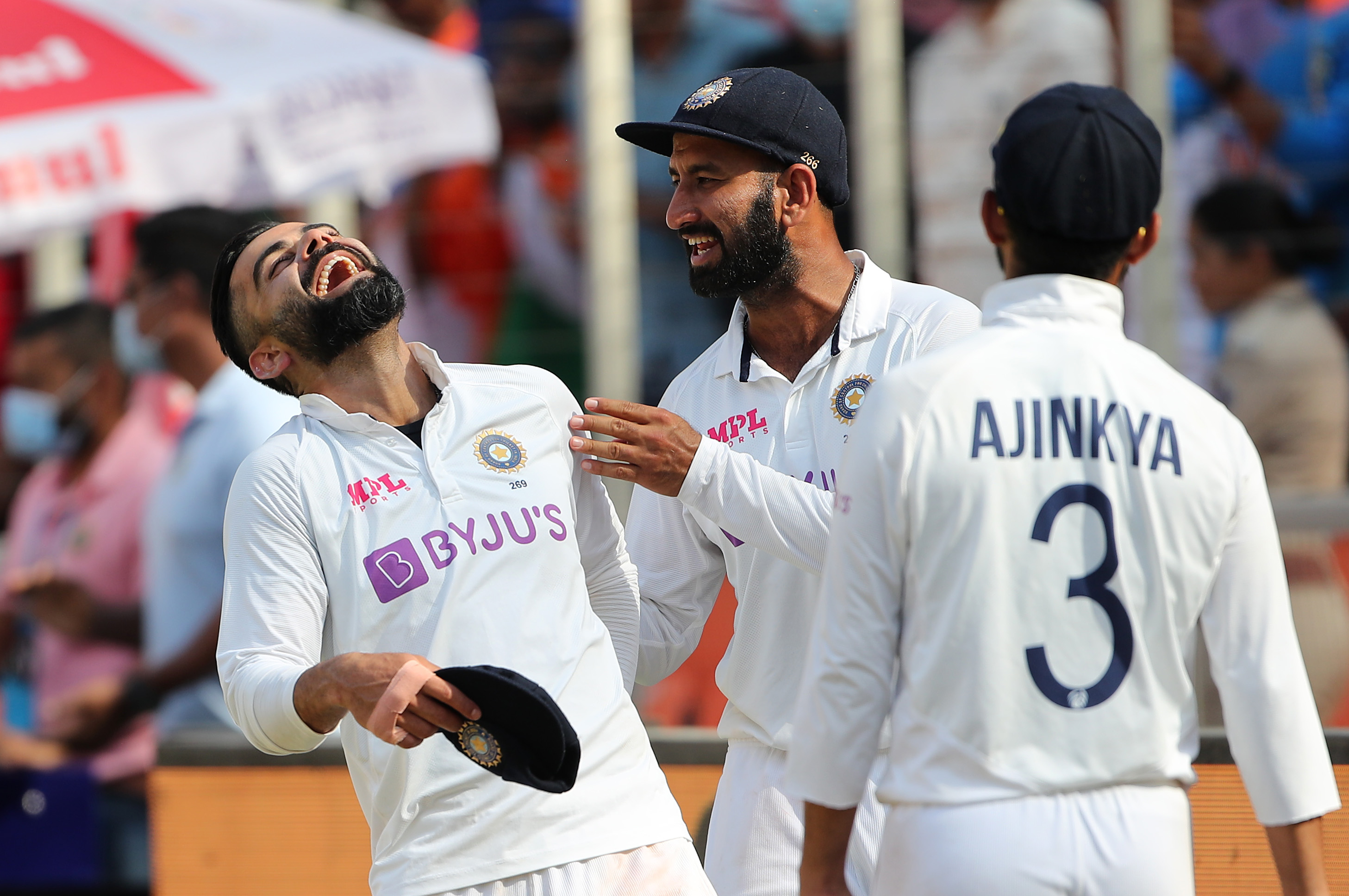 
India beat England by one set and 25 points in three days in the fourth and final test on Saturday and booked a place in the World Test Championship final against New Zealand.

“Well, we’re obviously happy to win the series, but there is always room for improvement,” said Indian captain Virat Kohli.

“Now we can accept and admit that we are in the WTC final. It has become a bit of a distraction for us in New Zealand, but we have played it one game at a time since.”

Dan Lawrence (50) fought a grim battle to score half a century before Ashwin, who finished the series with 32 wickets, propelled him to clinch the 13th consecutive victory in the Test of India series.

India was eliminated for 365 before lunch and built a 160-run lead. No.8 batsman Washington Sundar got stuck on 96 steps out after India lost the last three wickets in less than five balls after taking over the 7-294.

“The last three games have been tested for us, but thanks to India they have outperformed us,” said English skipper Joe Root. “We have to improve individually and become a better team for this experience … and good luck to them in the final.”

Axar and Ashwin once again mesmerized England’s first order with the new ball on a rotating wicket. Ashwin started the slide in England by claiming the counters of Zak Crawley and Jonny Bairstow for successive deliveries on his first visit.

Washington Sundar stranded before the century

Crawley landed a single grip on the slide and Bairstow got his third score of zero in the last four innings when he offered a tame grip on the leg slide on the next delivery.

Root (30) also looked fragile in the face of the spinners before Ashwin – bowling – gave him a delivery that didn’t turn and grabbed the England captain on the back foot.

Dom Sibley was the only unlucky batsman to be sent off when he swept hard against Patel as the ball ballooned to goalkeeper Rishabh Pant after hitting hard on Shubman Gill’s knee in short court.

Lawrence delayed the inevitable, reaching six limits on his 112-ball stroke, before the two Indian spinners ended the match in the final session.

Previously, Sundar missed a first century of testing, but was part of another century of partnership with Patel (43) before India lost three wickets in a cluster.

Ben Stokes got the last two wickets to finish with 4-89 and Patel was exhausted after adding 106 points with Sundar.

Sundar and Patel outscored England’s Dom Bess (0-71) and Jack Leach (2-89) with some exquisite shots, the two lefties hardly being troubled by the spinners.

Jimmy Anderson also couldn’t run through the line quickly, but was the choice of English bowlers with 3-44 of his 25 overs.

Kohli and Stokes embark on the final test

Sundar, who shared a 113-point stand with century-old maker Pant on Friday, hit 10 fours and a six before being disappointed when Stokes played No.11 Mohammed Siraj as India lost the final three wickets without race.

Patel, who grabbed 11 wickets in the last test at one place in India’s 10 wicket victory in two days, ended the game with another impressive nine wicket draw in his hometown.

India recovered well thanks to Ashwin and Patel to win the series after losing the opening test in Chennai. The final of the World Test Championship is at Lord’s in June.