Are Valorant weapon cosmetics prices too high for regular players? 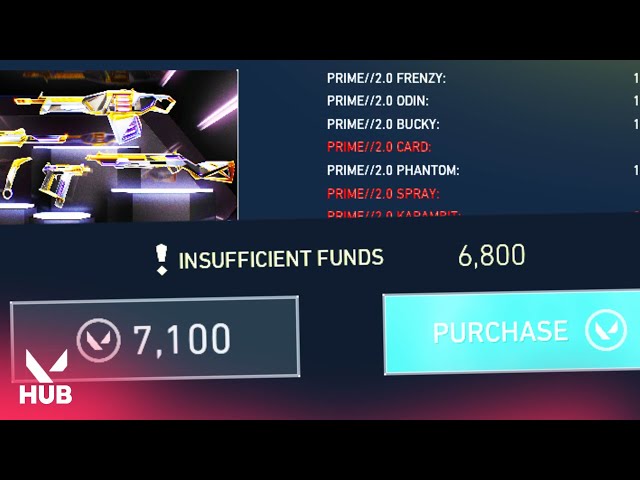 
Valuing Recently, gamers felt that Riot Games was charging more than it should for cosmetic weapon skins.

The conversation regarding the allegedly high prices was first brought to the fore in response to a tweet from Valorant regarding the amazing works of Preeti Khanolkar, the producer of premium content at Valorant.

While some fans praised and thanked her for her amazing work, many players took the opportunity to complain about the high prices of cosmetic weapon skins. Even though Preeti and his team are responsible for the design of the skins and have no control over the prices, the large number of players complaining about the price is certainly noticeable.

The price of cosmetic weapon skin has certainly become a topic of discussion in recent days.

The prices of Valorant weapon skins

Since launch, Riot Games has maintained a high level of post-launch support for Valorant with the addition of new content, rich in quality and quantity. Valorant has regularly added new weapon skin collections and tracking popular cosmetic collections. The most recent addition to Valorant is the Prime Collection 2.0, introduced with the recent launch of Valuing Episode 2 Act 2. The only complaints players have had with the constant supply of weapon skins are the abysmal price of each weapon, skin, and bundle.

On average, each weapon skin costs around 1775 HP while each bundle costs 7,100 HP. VP or Valorant points can be purchased in bundles in the game. The prices for Valorant cosmetic skin were first pushed to the limit with the release of the Elderflame bundle. It costs almost $ 100. A major alternative to purchasing weapon skins is the Battle Pass.

For a fixed price, the Battle Pass offers players 3 new weapon skin sets. A new Battle Pass kicks off with the release of each new act in an episode. Recently, players felt that the battle pass skins had been repainted in a dull manner, while the new weapon skins were kept for the purchasable bundle.

The hidden cost of a live service game

Valorant is a free game. Anyone can download the client and start playing instantly. Unlike some other free-to-play games, Valorant does not offer a paid premium tier for matchmaking. While this free consumer-centric approach increases the player base many times over, it severely limits the revenue stream.

A live service game like Valorant needs to maintain a steady stream of revenue, not only to keep servers running around the world, but also to pay developers and designers to improve the game and introduce new content.

Riot Games has certainly done more than the bare minimum for Valorant. They have regularly introduced new content such as agents with varying characteristics, created animated short films like Duelist and Retake to build on the tradition, and a full-scale global tournament, the Valorant Champions Tour 2021, all in its first year.

Unfortunately, the cost of all upkeep adds up and can only be achieved through income generated from sales of optional weapon skin cosmetics. However, the brightest side of the matter is that the skins are absolutely options and don’t affect gameplay at all. In reality, a player is not expected to purchase all skin packs.