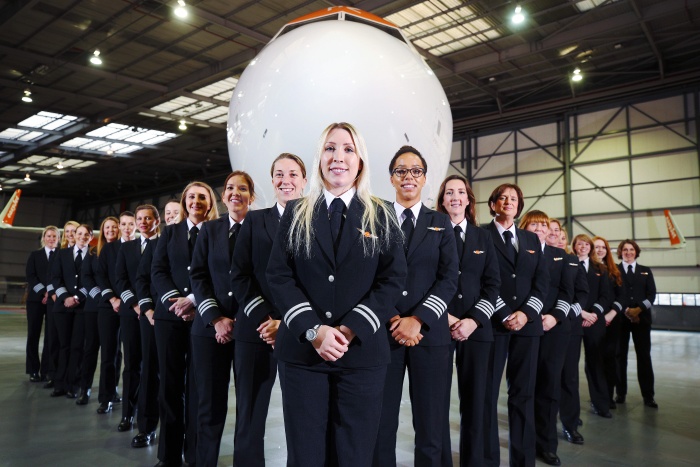 
easyJet has launched a virtual pilot school visits programme as part of its Amy Johnson Initiative to encourage more girls to become an airline pilot.

Teachers, schools and parents can request a virtual visit from an easyJet pilot, who will join classrooms and assemblies via video link, providing young people across the UK with the opportunity to find out what the job of a pilot is really like.

The airline has launched its virtual school visits on International Women’s Day, with this year’s theme #ChoosetoChallenge highlighting the importance of calling out gender bias.

Recent research conducted by easyJet showed that around half of British children (51 per cent) still believed their career choices were biased towards traditional male and female jobs, suggesting that gender stereotypes are still having an impact on children’s career aspirations and that the work to challenge this starts in schools.

The study of 2,000 British parents and children aged six to 16 was commissioned by the airline before the pandemic, as part of its Amy Johnson Initiative to encourage young people to think beyond stereotypes by championing female pilots of the future – a career which is overwhelmingly male with around 95 per cent of pilots being male worldwide.

Gender stereotyping was a source of regret for many of the parents, as almost three-fifths (58 per cent) admitted to choosing their own career in order to conform to a role expected of their gender.

Since 2017 easyJet pilots have visited over 400 schools and colleges across Europe and with the launch of its virtual pilot visits, the airline will ensure the important work to highlight visible female role models in schools can continue, despite the restrictions of the pandemic.

The first virtual visit is taking place today at Bourn Primary School in Cambridge who will receive a visit from Captain Iris de Kan to learn more about her job, with more virtual visits planned for the coming weeks.

The airline launched its Amy Johnson Initiative in 2015, named after the pioneering British aviator, to help redress the industry’s gender imbalance in the pilot community.

Johan Lundgren, chief executive of easyJet, said: “Improving the gender balance in the pilot community has been a real focus for easyJet and we believe that no other airline has been doing more on this issue.

“We have been encouraged by our work through our Amy Johnson initiative so far which has driven tangible results in more than doubling the female pilots now flying for us.

“However, the pandemic has impacted pilot recruitment in the short-term until the industry recovers as this means we will not be recruiting in the same numbers as we were pre-pandemic for some time.”