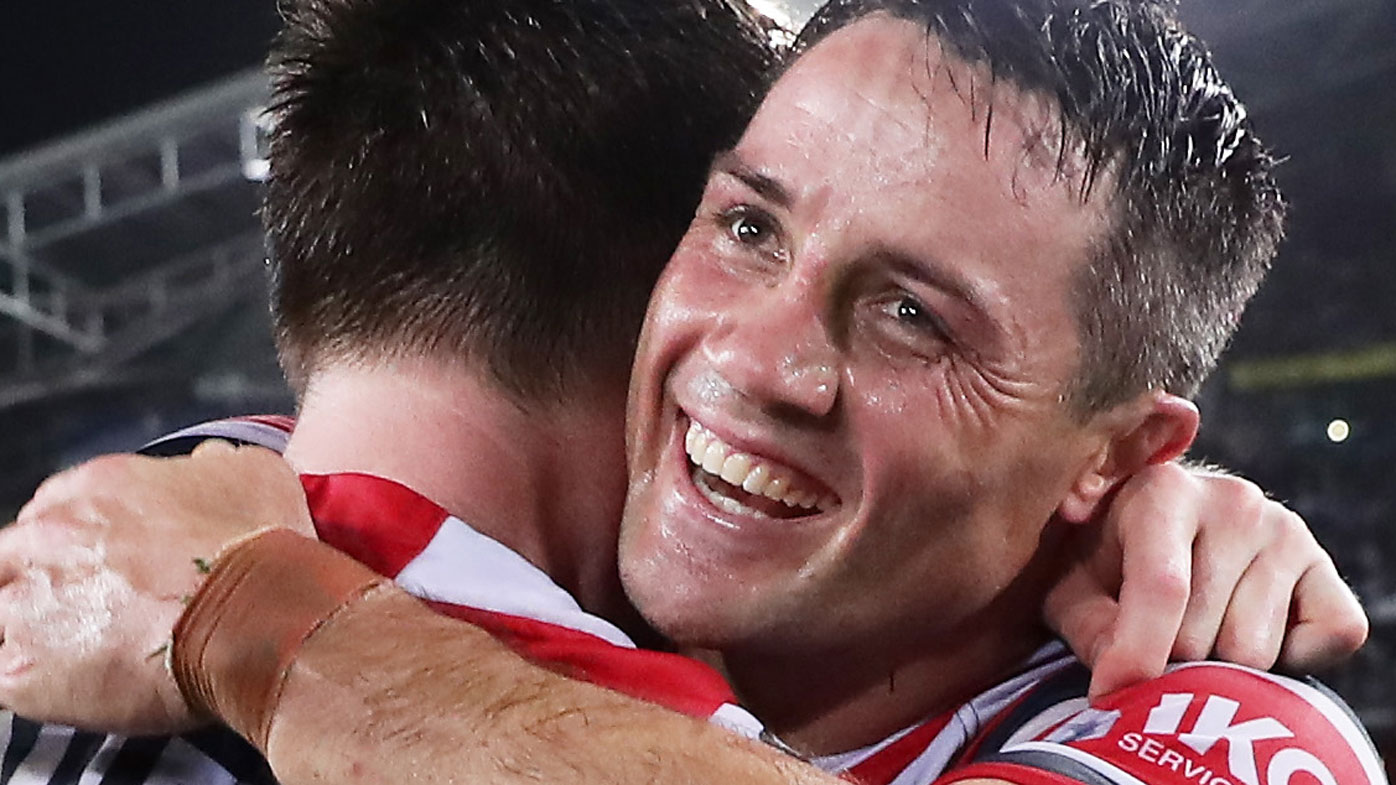 
Rugby league legend Cooper Cronk has responded to the fury surrounding his roles with the Melbourne Storm and Sydney Roosters.

Cronk fell in the media spotlight last week after he was spotted in action during a Storm workout.

The former NRL half-back, who won multiple premier positions with the Storm and Roosters, spoke on Fox League’s NRL 360 after being called a “double agent” by the Daily Telegraph at the following a report on the matter.

Cronk has confirmed that his dual roles are no secret to either club, with this relationship stronger than ever between Roosters coach Trent Robinson and Storm coach Craig Bellamy.

“My relationship with arguably the four most influential people in this game, Craig Bellamy, Frank Ponissi, Trent Robinson and Nick Politis, is long, strong and will continue for a while,” he said.

“He [Trent Robinson] said from the start that it was absolutely clear and transparent that my role with the Melbourne Storm would be corporate weighted, with a bit of one-on-one coaching from the halves, and Trent Robinson approved of that.

“Everything that happens with the Sydney Roosters, Trent Robinson and Nick Politis is on the other side, so I think it’s a bit far-fetched.”

Cronk also clarified that the photo that appeared of him at Melbourne training session last week was a “mistake” by the club’s media department, while also making it known that his role as a consultant to the Storm did not would never lead a workout.

“The other part of Melbourne Storm on social media, I had missed calls and texts and talked to Frank Ponissi and Craig Bellamy and the new CEO and they apologized for their words and their error in judgment and the production for that, they apologized on the record, ”he added.

“They knew they weren’t supposed to, the new media department has gone overboard.

“There is no way for the consultants to organize a session. The reason I went to Melbourne was to be part of their corporate event that evening, so I agreed with the session where I had five minutes with Jahrome Hughes face-to-face, which is the second time in two years I’ve had face-to-face contact with the Storm halves.

“The other time was in January 2020 when they were in Geelong, yet another corporate event where I got one-on-one.”

Do today’s halves match the greats of the past? : Immortal behavior

The 2016 medal winner Dally M went on to explain that his role with the Roosters was based on the “game plan”, while his concert at the Storm was on the “corporate” side of the rugby league.

“Roosters is everything, I’m there one day a week, up to two days. I invite conversations, I’m part of the game plan, I do analysis, I live videos, I I work daily, weekdays on weekdays, and I hope to help determine the results, ”he said.

“The work of Melbourne Storm is heavily weighted in business and like I said I have had less than 12 or 15 interactions, two face to face and less than 10 by Zoom, and I only do coaching. individual and mentoring for Jahrome Hughes and Cameron Munster.

“It’s not face to face, it’s about everything you do when you catch football, and movement and speed, and that part of that. I never talk about strategy, I don’t don’t know their games, i’m not inside sanctum, and i don’t understand how they want to play against teams, i don’t have a say in their results or how they play on a weekend.

“As the Roosters, I am very grounded and have a little say in how they play on the weekends.”