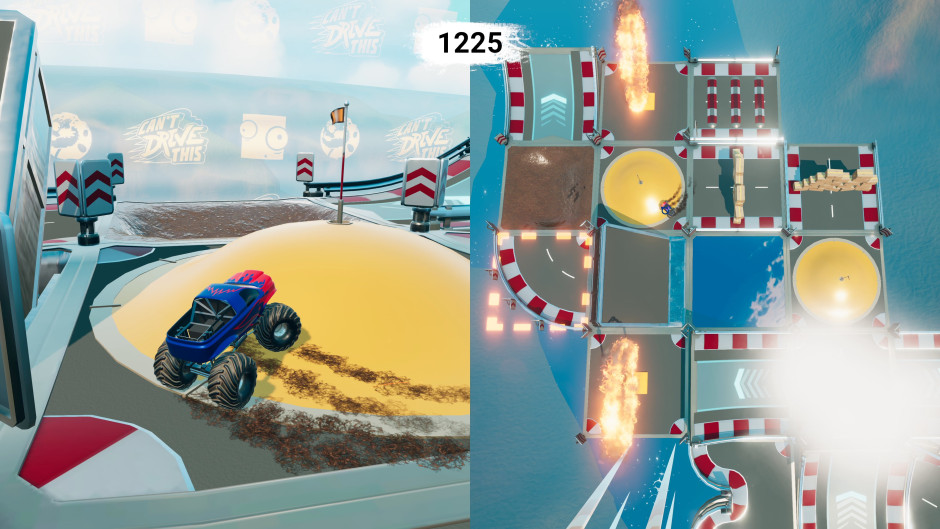 
Hi everyone! You may remember our previous title ChromaGun sometime ago. Well, we’ve got some cool news for you, and I’m just going to jump in and say it: I can’t drive this officially arrives on Xbox One and Xbox Series X | S March 19! And even better: it’s available for pre-order now! Did I mention it was also 10% off? It really is!

I can’t drive this is a chaotic, asymmetrical split-screen multiplayer racing game (trendy bingo, anyone?), where one player races a monster truck while another builds the road! And if the driver falls below the speed limit, he’ll explode and the game is over, baby. Like in that movie with Sandy B and old Johnny Cyberhands, remember? Except they were on a bus. Plus, they didn’t explode (sorry, spoilers).

We have worked on I can’t drive this for quite a while now, and we’re very happy to finally bring it to Xbox. We miss the time to hang out with friends and play good ol ‘couch multiplayer games. The shortage of four-player split-screen games is outrageous, right? That is why I can’t drive this features local multiplayer with up to four players – no matter if you’re in the mood for a high-score co-op chase, or a friendly round of competitive Capture the Egg (Yes, Egg. No Flag).

No worries though, if you don’t have friends to play with (which, let’s be honest, you probably didn’t at the time). Between single player and online multiplayer, you can enjoy the game safely from the secluded comfort of your couch.

The first prototype of the game was created in just 72 hours, during a game jam in 2016 – and now, thanks to generous funding from FFF Bayern, and more than four years later, it’s finally time to push the baby out of the nest. I can’t drive this is available for pre-order from the Xbox Store now, and it hits your hard drives on March 9.

Thank you for your time and on behalf of the whole team: we hope you enjoy the game!

See you in the street! 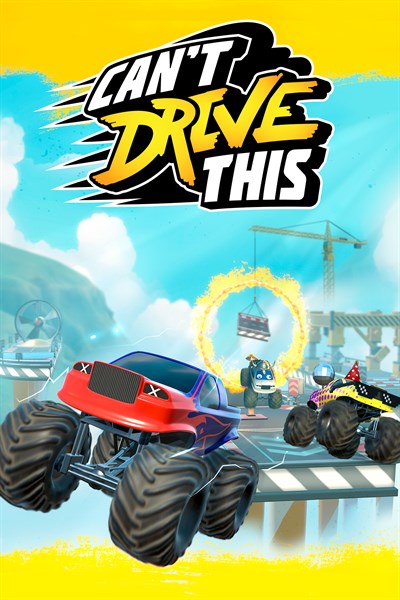 I can’t drive this

Can’t Drive It’s a co-op multiplayer racing game (that’s one thing). Drive your monster truck while your friend builds the road in front of you! Oh, and don’t go too slow or you’ll explode! Like in that Sandra Bullock movie, in which she does a bit of the same thing, but on a bus. In addition, it does not explode (spoiler alert). Plus, Keanu Reeves was in the movie.