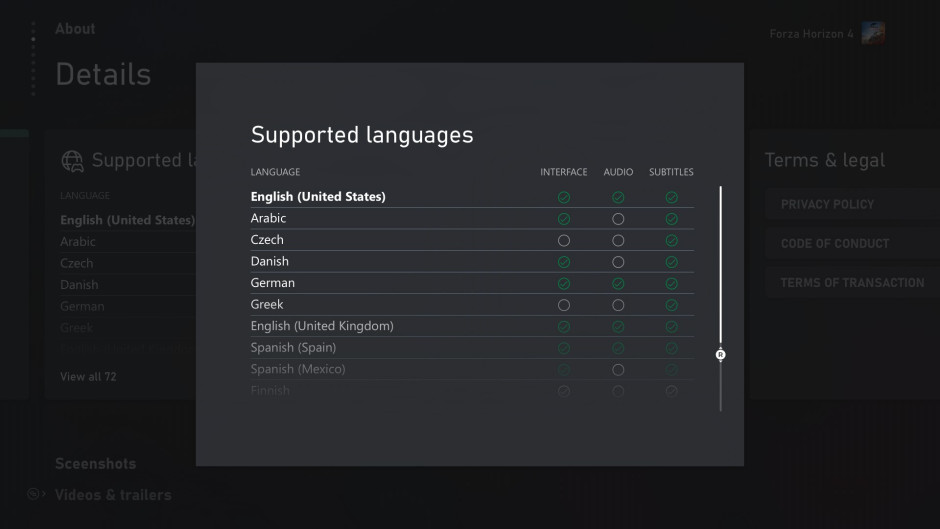 
With so many exciting games on the market, it’s understandable that players can do their homework before committing to a title: this could involve reading reviews, researching technical features, or just making sure that a game supports the way we prefer to play. But that shouldn’t sound like research. Today, we’re happy to announce updates to the Microsoft Store on Xbox and the Xbox Game Pass app to show you which languages ​​a game supports at a glance.

You can now easily determine if a game contains in-game language support based on a “Languages” tag even before opening the product details page. In-game language information is collected for three elements of the game experience – a title’s interface, audio, and subtitles – in 27 languages. We have already added language tags to hundreds of games and will add more over time.

With this update, when you sign in to the Microsoft Store on Xbox or the Xbox Game Pass app, you can easily see which languages ​​a game supports, making it easier for you to decide whether you want to buy or play as such. This view will also show what aspects of the game have been localized for a given language, including the game interface (game controls and onscreen menus, for example), the spoken audio you will hear from the characters, and the sub -titles corresponding to this audio. To make things even easier, the language you select as the default for your console will appear at the top of the list; you won’t have to scroll.

Adding language tags to the Microsoft Store on Xbox and the Xbox Game Pass app on consoles is an important step towards our goal of making you and your friends feel right at home when playing on Xbox. This update will make it easier and help bring the joys of the game to more people. Stay tuned, because later this year we’ll be unveiling more updates to make it even easier for you to find and play the games that are right for you, meeting your unique preferences and needs. The gaming world is large and diverse, and we believe there is a perfect game (s) for everyone – we’re here to make this process faster and easier.