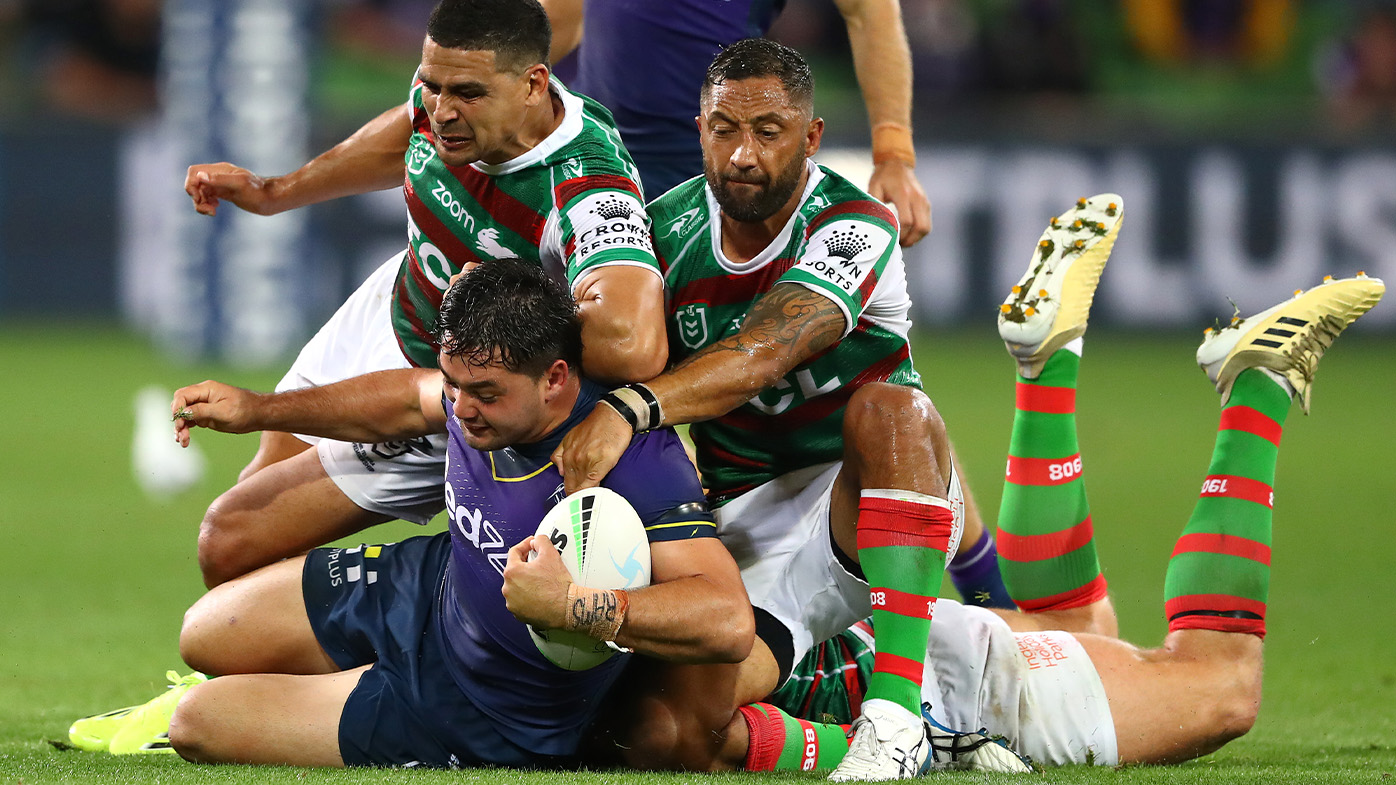 
Harry Grant would have beaten Brandon Smith as the Melbourne Storm’s chief whore if he hadn’t been injured, but his rival thrived in his absence.

So says coach Craig Bellamy after Storm’s 26-18 victory over the South Sydney Rabbitohs.

Grant is set to miss the first three games of the season in Melbourne after sustaining a knee injury during the Storm’s tryout game against the Newcastle Knights.

And Smith pulled in his place like Melbourne dominated the South of Melbourne Olympic Park, ending with a Storm-high 35 tackles and making a series of damaging runs.

“Then losing Dale (Finucane) and Harry at the top, we’re probably a little skinny on our middles at the moment.

“Brandon does a great job there too, so that’s probably where he would have been, but I thought he did a great job for us (bitch) tonight.

“I thought he was up there in our top three or four and played almost 70 minutes, so he did a really good job for us tonight.”

“When you think he has nothing more to give, he finds a way,” Munster said.

“He was exceptional for us tonight – probably the man of the match in my eyes.

“He got us going, got out of the dummy half and … he’s just a livewire.”