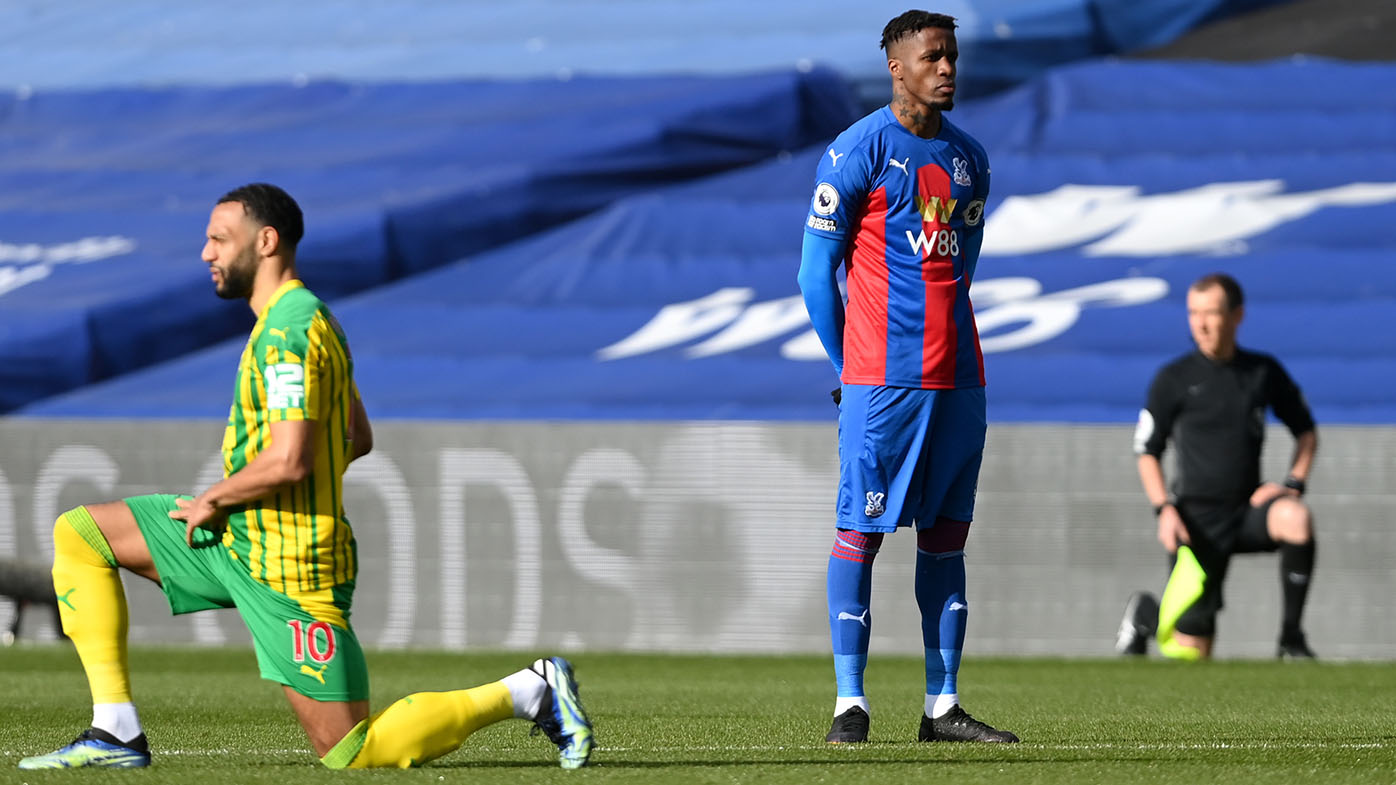 
Wilfried Zaha became the first premier league player not to take a knee before his Crystal Palace side beat West Bromwich Albion 1-0 on Saturday.

Luka Milivojevic scored with a first-half penalty that Zaha won.

Zaha was back in the starting XI after an injury and that gave him the chance to show up at kickoff. He said last month that taking a knee had lost its meaning after it was introduced by the Premier League in June as an anti-racist message when football resumed.

Zaha, who is black, said in a statement on Saturday that “it doesn’t matter whether we kneel or stand, some of us continue to be abused.”

The other 21 players on the field took a knee.

Zaha was in the middle of the goal in the 37th minute. He saw a cross blocked by defender Darnell Furlong’s arm and after a long VAR check, referee Simon Hooper pointed the spot after using the field monitor.

West Brom is second from the bottom while Midtable Palace have 37 points – enough total to stave off the drop in each of the past four seasons.