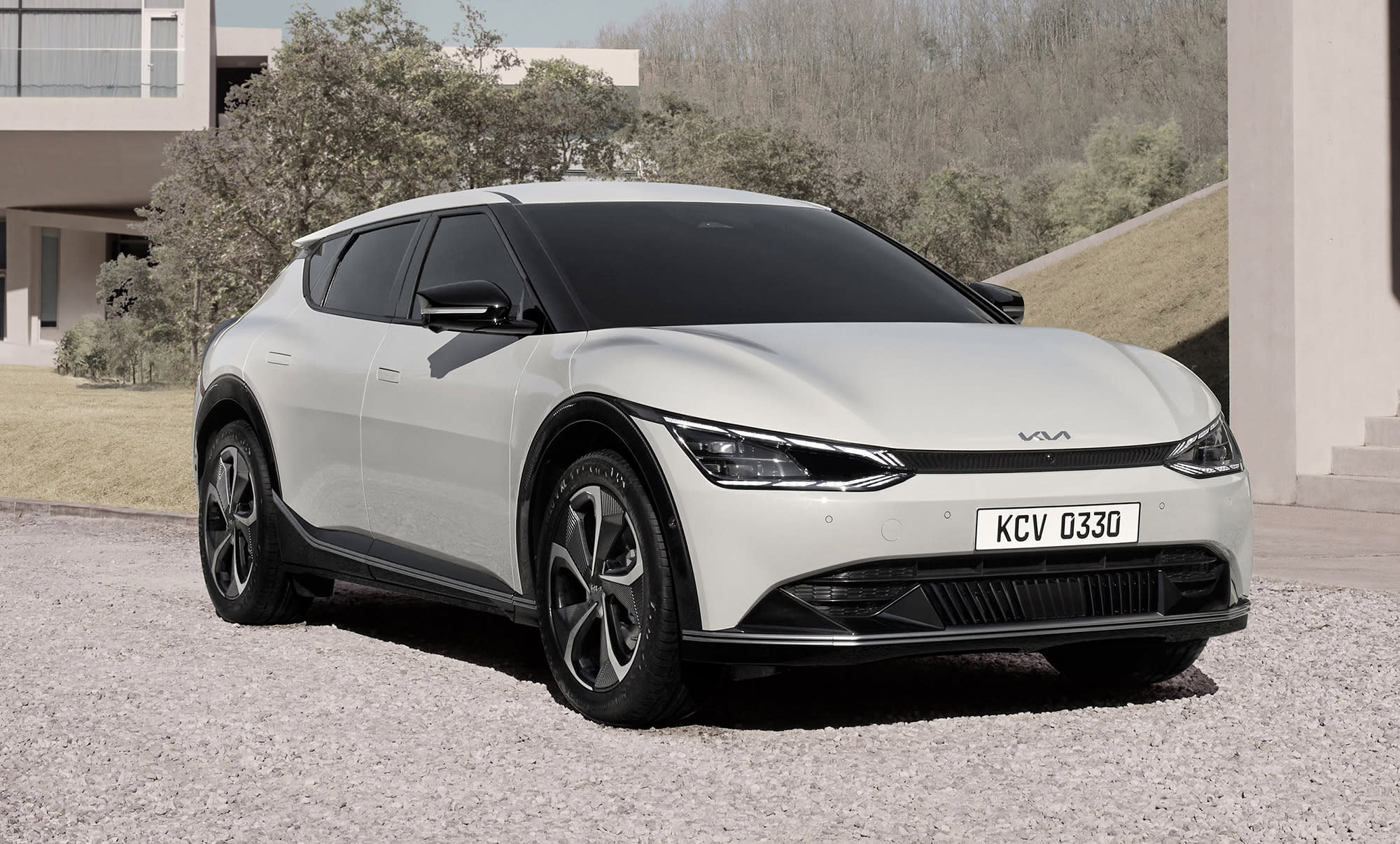 
Anear To tease last week Kia has shown the EV6, its next-generation electric car built on Hyundai’s E-GMP platform. The electric crossover vehicle has the same foundations as those of Hyundai Ioniq 5, but Kia took a different design approach. Rather than the angular hatchback look that Hyundai went for, the EV6 has a lower, more rounded shape.

Where the Ioniq 5 features unusual side slashes, the EV6 has a relatively clean profile with a side window sloping towards the roofline. The short, wide headlights are enveloping, while the hood has two eyebrow-shaped contours breaking up an otherwise flat surface. The most striking design feature is the tail light that goes from fender to fender and cuts off the tailgate.

Kia also took a more minimalist approach to the interior, with a pair of flush-mounted displays for the dashboard and infotainment system. The large center consoles jut out quite high, separating the passenger and driver – but they can probably slide like the one on the Ioniq 5.

“With EV6, we aimed to create a distinctive and impactful design using a combination of sophisticated and high-tech features on pure and rich volumes, while providing a unique space as a futuristic electric vehicle,” said Karim Habib, chief design officer at Kia, in a statement. He reveals more about his EV6 design philosophy in the video above.

Kia has yet to reveal any of the specifications for the EV6, but they will likely match the Ioniq 5 as it shares the same platform. To that end, you can expect both rear-wheel drive and all-wheel-drive versions with single- and dual-engine engines, delivering 215 and 302 horsepower, respectively. It’s also likely to come with 58kWh and 77.4kWh batteries, depending on what range you are looking for and how much you want to spend.