What is the point of Pokemon Snap? 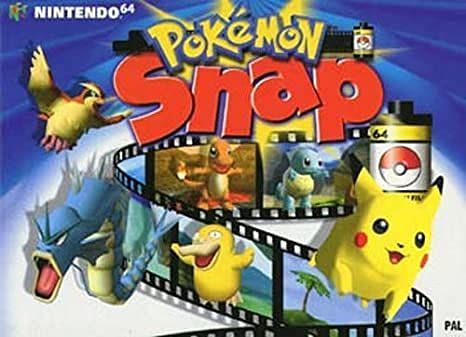 Not only did Pokemon Snap give players such a different style of play, it also did so on a game console, something that was unknown to the franchise at the time.

It’s now easy to see why this was one of the best moves from the developers when it comes to Pokemon derivative games.

What is Pokemon Snap?

Pokemon Snap was a first-person simulation-type video game that incorporated rail shooter style gameplay. It was released for the Nintendo 64 game console in 1999.

Pokemon Snap made history as one of the franchise’s first console games. It was also the first time that many Pokémon were rendered in 3D form and were visible to fans.

Pokemon Snap allows players to dive into the PokeWorld when Professor Oak invites players, Pokemon Photographers, to Pokemon Island to interact and photograph Pokemon in their own natural habitat.

Players go through the rail shooter type game by taking photos of different Pokémon and documenting Professor Oak’s scientific research. Only the best photos will be added to the Pokémon report. Players can also earn extra points if Pokémon are photographed in special poses. Players can throw food to attract Pokémon and cause them to stand still.

Players with the Nintendo 64 version of the game can bring their game cartridge to Lawson or Blockbuster Video stores (only if they live in North America or Japan) and get the game images printed on stickers and bring them back to the House.

Virtual Console versions of the game give players the ability to send in-game photos to the Wii Message Board. They can then send them to friends or whoever they want.

What’s the hype around Pokemon Snap?

Put simply, Pokemon Snap was the first real opportunity for fans to bring their favorite creatures to life.

Pokemon Snap has given players a way to immerse themselves in PokeWorld in a way that has never been seen before from games like Pokemon GO and Pokepark Wii.

The return of the game not only brings an old classic to life, but also gives the world a chance to see how Nintendo has improved over twenty years to give us a truly breathtaking experience.