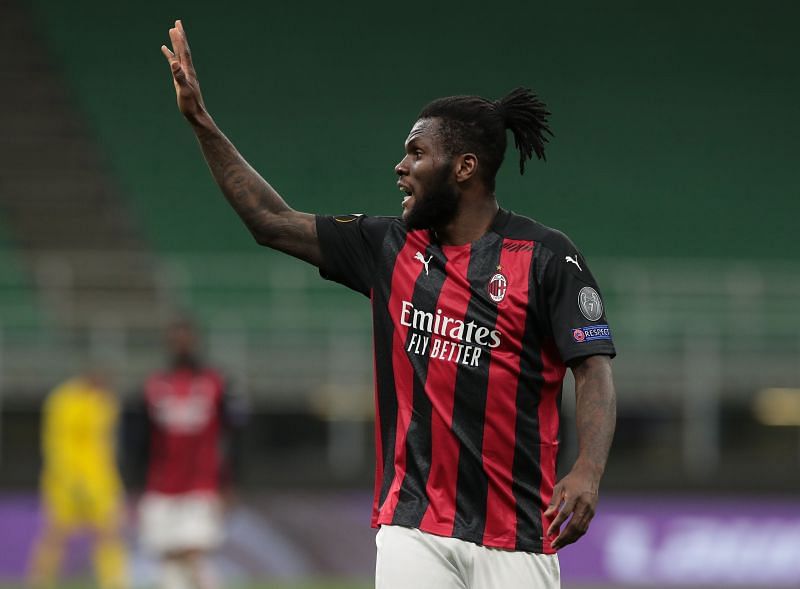 
AC Milan Franck Kessie is emerging as an influential figure in the San Siro and it now appears that the alleged Manchester United the fan is wanted by Arsenal.

According to Talksport, the Gunners are interested in the Ivorian midfielder, who has already admitted that it is his dream to play for the Red Devils. Arsenal believe Kessie would be a perfect fit for their squad, but the Rossoneri midfielder could also enter the current Manchester United squad.

Kessie joined AC Milan in 2017 on a two-year loan, with a purchase obligation. The Ivorian managed 54 appearances in his debut season at the San Siro and quickly became a central figure at the club. Manchester United got a firsthand account of the player dubbed ‘the President’ in their home leg in the round of 16 of the UEFA Europa League. Kessi had a brilliant goal denied by VAR and was the Rossoneri’s best player on the pitch, justifying Arsenal’s interest in him.

The Gunners, along with West Ham United and Tottenham Hotspur, failed in their attempt to bring the player to the Emirates in December of last year. AC Milan are eager to tie their star man to a new deal that will keep him at the club until 2026, which could hamper Arsenal’s plans. Kessi, who is priced at £ 42million, has only missed one league game this season but failed to inspire his side against Manchester United in the return leg at San Siro.

Franck Kessié: “I’m not afraid to run a lot. Sometimes my teammates ask me” How are you doing? “I answer that it is natural for me. I make way too much money not to sweat on the ground. In Africa, there are people who walk 20 miles every morning just for a piece of bread.” pic.twitter.com/uzekTJlELQ

AC Milan welcomed the Red Devils to their lair knowing that a win or a goalless draw would be enough to see them through. But Manchester United rightly took the lead in the second half thanks to Paul Pogba and the Rossoneri were unable to return to the game. Despite being knocked out from the Europa League, Kessi has given a good account of himself on both legs and Arsenal could be tempted to come back for him this summer.

The Gunners are going through a difficult season under Mikel Arteta. Arsenal have reached the quarter-finals of the Europa League but are tenth in the Premier League, 16 points behind Manchester United in second place. Both teams could use a player like Kessie in the squad next season, but pulling him away from AC Milan won’t be easy.