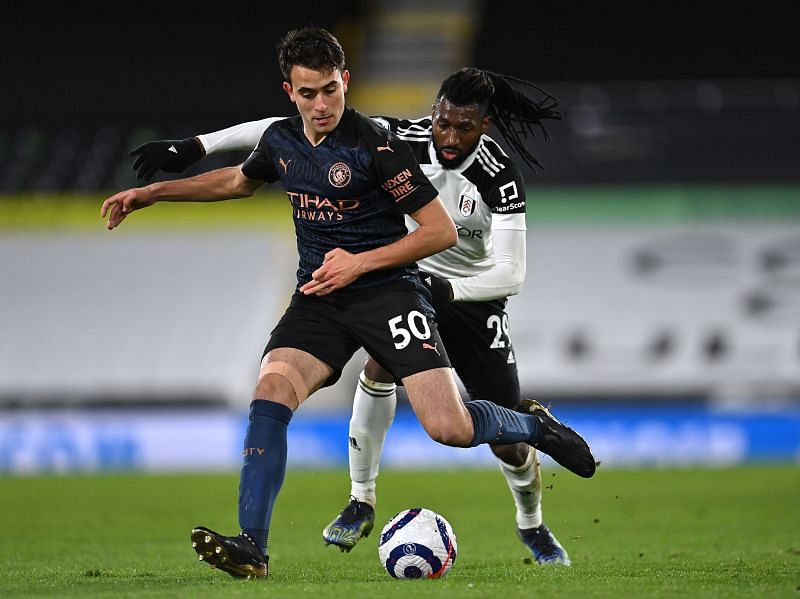 
Barcelona have been strongly linked to a move to Manchester city center-back Eric Garcia and now the latest reports of Radio Catalunya claims Laporta will finalize the defender’s contract in the coming days.

Former product La Masia is currently considered one of the best young center-backs in Europe. With his contract expiring at Manchester City, Barcelona are set to step in and make him the first signing of this transfer window.

Only 20 years old, Eric Garcia made a breakthrough in Manchester City’s senior squad and had some precious playing time last season. However, Garcia’s refusal to renew his contract with the Cityzens has seen his playing opportunities drastically dry up this season.

Pep Guardiola has even admitted that the player will be leaving soon and playing for Barcelona in the future. Talk to Goal recently Guardiola said:

“Eric Garcia is like a son. He was a guy last season who, after lockdown, was our best center-back. He was never wrong and played in the quarter-finals of the Champions League.

“He’s going to play for Barcelona and he’s not an average player – he’s a top player. He hasn’t been selected in the last two games and it broke my heart.

“That’s why it’s difficult for all managers when you have a team. You can’t imagine what this means.

Eric Garcia hopes to be part of Barcelona’s first team next season and he could be a great long-term replacement for veteran defender Gerard Pique.

Barcelona will have some tough decisions to make in the transfer window. While ensuring the future of Lionel messi is a priority, Ronald Koeman will also be keen to revitalize his current squad and add fresh legs.

With the deal for Eric Garcia nearing completion, Barcelona manager Ronald Koeman will likely turn his attention to the Georginio Wijnaldum and Memphis Depay transfers.

We counted to 4⃣3⃣ #Messi records with Barça 😱😱

The two Dutch stars had a good relationship with Koeman when he was manager of the Netherlands national team and have been linked with a move to Barcelona in recent weeks.

The Catalan giants appear to be slowly returning to their best and the potential free transfer of Eric Garcia in the coming days could be another step in the right direction.