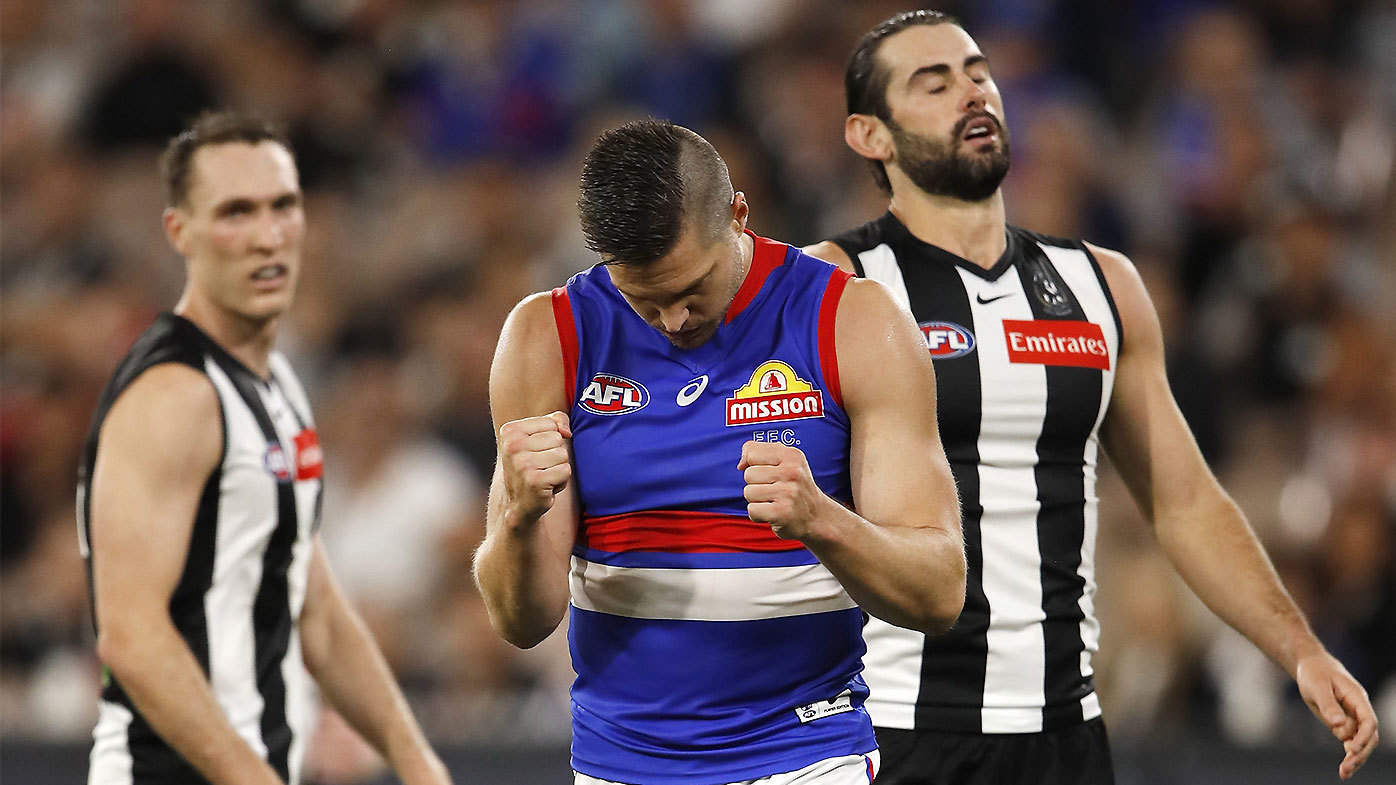 
Adam treloar may have been traded by Collingwood in a heart-wrenching fashion last year, but he had the final say with a formidable victory over his former teammates.

After being booed with his opening touch, Treloar received a warmer reception in the final quarter when he was applauded by the Magpie Army as the The Bulldogs missed 10. 9. (69) to 7. 11. (53) MCG winners.

While the addition of Treloar made headlines during the offseason, it was an unannounced Bulldogs rookie who made a huge difference in the middle.

Big veteran Stefan Martin brought in to help the young Bulldogs ruckman Tim English, and after English was monster by Collingwood star Brodie Grundy last year, Martin turned out to be the difference.

The generally prolific Grundy were worn down by the Bulldogs’ two-man tandem, finishing with just 11 possessions to go with his 39 hits, while Martin and the English had 29 assignments and two goals between them.

After the Bulldogs’ victory, the great David King, winner of the first Kangaroos position, set Grundy on fire, who is in the first year of an exceptional seven-year contract.

“If you’re going to pay someone a million dollars a year, they have to make a difference in the game. You can’t be in question,” King told Fox Footy.

“He was beaten tonight and you can be beaten game by game, but it’s under surveillance now. Tonight they were humiliated and I think it starts at the front.

“You have to challenge your best players to make a difference and Brodie Grundy, this salary cap cut that we talked about last year, a lot of it is because of contracts like this.

“If you want to be a senior player who demands those kinds of coins, you have to make a difference. You have to be a reputable player if you want to get branded money.”

King added that Grundy had been hampered by the physical frame of Martin, 34, saying the difference in the big man’s impact on the game was “laughable.”

“One rookie can make a huge difference,” he said.

“Martin’s tall frame, he doesn’t look as big as some of them, but he’s super strong. He’s a nervous guy and these guys at ground level went to work.”

Following the win, English, who finished with 14 assignments and one goal, admitted it was good to get one on Grundy.

“I was excited for tonight. The good thing about football is you have another opportunity,” he said.

“I’ve always been a bit exposed by Grundy in the past, so having Stef on the team and playing that ruck or ruck-forward role and I can cut really well and it’s transparent.

“The kind of person Stef is, he just wants to make everyone around him a better place. I love working with him and am delighted with what we can bring throughout the year.”

With the Grundy’s dominance canceled in the air, the Bulldogs all-star midfielder was able to riot at ground level.

Ten individual players had more than 10 contested possessions to just one for Collingwood, as young gun Bailey Smith finished with 36 assignments and two goals.

Smith was one of four Bulldogs to collect 30 or more assignments, with Jack Macrae, Lachie Hunter and Josh Dunkley completing the quartet.

Collingwood now faces a six-day turnaround before a must-see clash against Carlton at the MCG next Thursday night, while the Bulldogs host the West Coast Eagles at Marvel Stadium next Sunday.