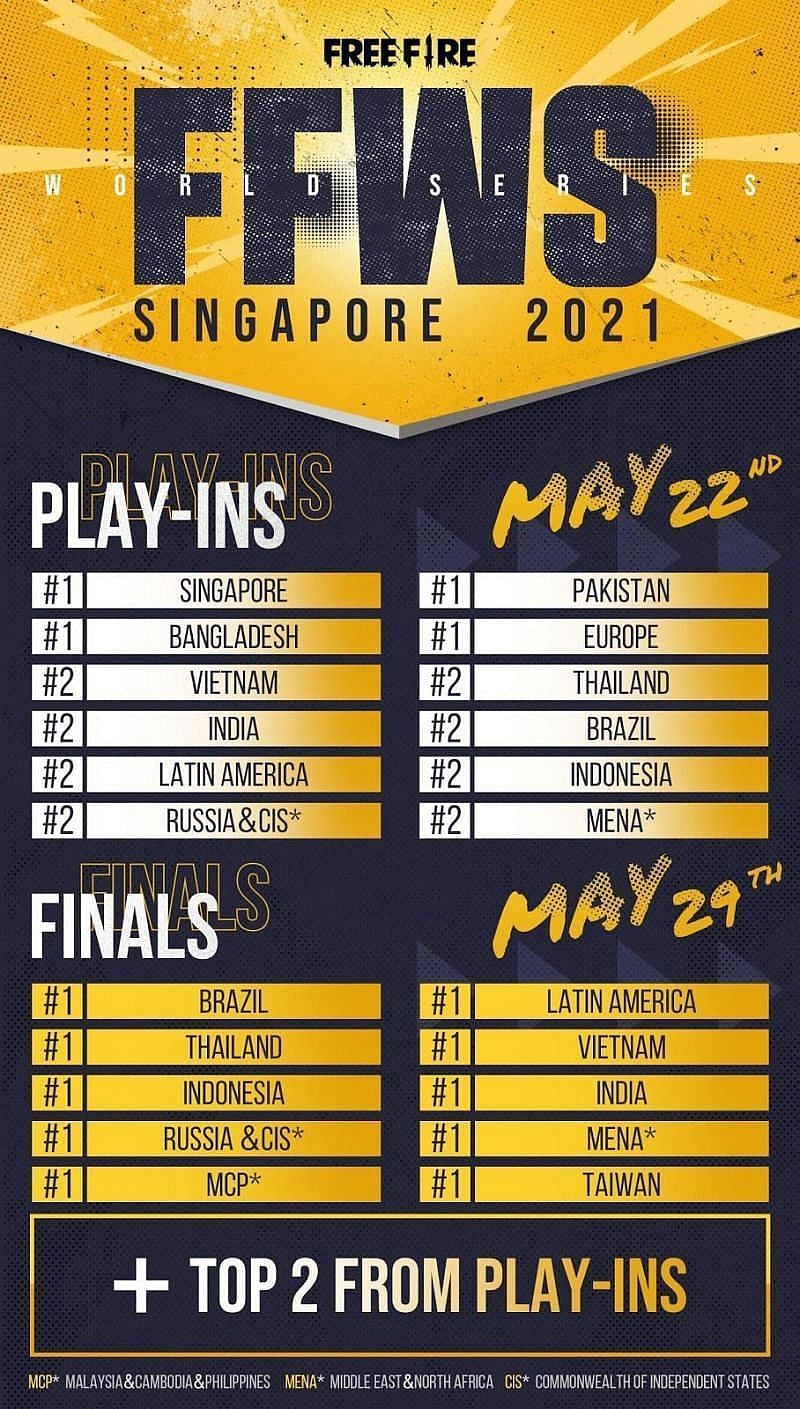 The FFWS 2021 SG will take place in Singapore in May 2021. It marks the start of a return to normal for international esports Free Fire after the 2020 tournaments have taken place online.

The worldwide popularity of Free Fire continues to grow. It was the world’s most downloaded mobile game in 2020 in iOS and Google Play app stores, the second year in a row that the game topped the rankings, according to App Annie.

The world comes together at Free Fire World Series 2021 Singapore

The FFWS 2021 SG will host the Play-ins on May 22 and the final on May 29. Previously announced to take place on April 24 (Play-Ins) and May 1 (Finals), the dates have been shifted to reflect the global pandemic situation.

The tournament will see 22 teams from 14 regions compete for the FFWS title and a share of the US $ 2,000,000 prize pool, one of the highest in mobile gaming esports.

The teams will compete over 6 rounds and on the 3 cards to be the last to be standing, with points awarded according to the ranking of the rounds and the number of victories.

India will be represented at FFWS 2021 SG by the top two teams from the Free Fire India Championship (FFIC) 2021 Spring. 12 teams still remain in the running, but that will change once the 2021 FFIC Spring Grand Final concludes on March 21.

Listen to the live stream this Sunday at 6:00 p.m. IST via Free Fire Esports India Facebook and Youtube channels or BOOYAH!.

The FFWS 2021 SG highlights Garena’s continued efforts to delight the global community with competitive and engaging esports content, while prioritizing the safety of everyone involved. Garena will ensure that all activities are in accordance with applicable public health protocols and travel policies.

To this end, Garena is organizing the FFWS 2021 SG with the support of the Singapore Tourism Board (STB) and in close collaboration with various industry experts and organizations, such as the Singapore Cybersports and Online Gaming Association (SCOGA).

“We know how eagerly awaited the World Series is for our players and fans, so we have been working with the relevant authorities to ensure that we offer them the biggest Free Fire tournament we have ever hosted. Safety has been and will continue to be. . be our top priority as we organize the event. ”

“We are proud to support our local games company Garena as they prepare for FFWS 2021 SG – one of the world’s premier esports tournaments. The return of such events is a testament to Singapore’s growing reputation as an esports destination as well as our ability to safely host such events. We look forward to welcoming all qualified teams to Singapore and working closely with the organizers for a safe and successful event. “

“We are happy that Garena has chosen Singapore for its iconic Free Fire World Series tournament. This event is one of the largest in the world and will greatly boost Singapore’s esports ambitions. This is definitely a milestone event and we look forward to welcoming all participants safely to Singapore as they vie for pride and glory.