Albert Park circuit gets a makeover for Formula 1 cars 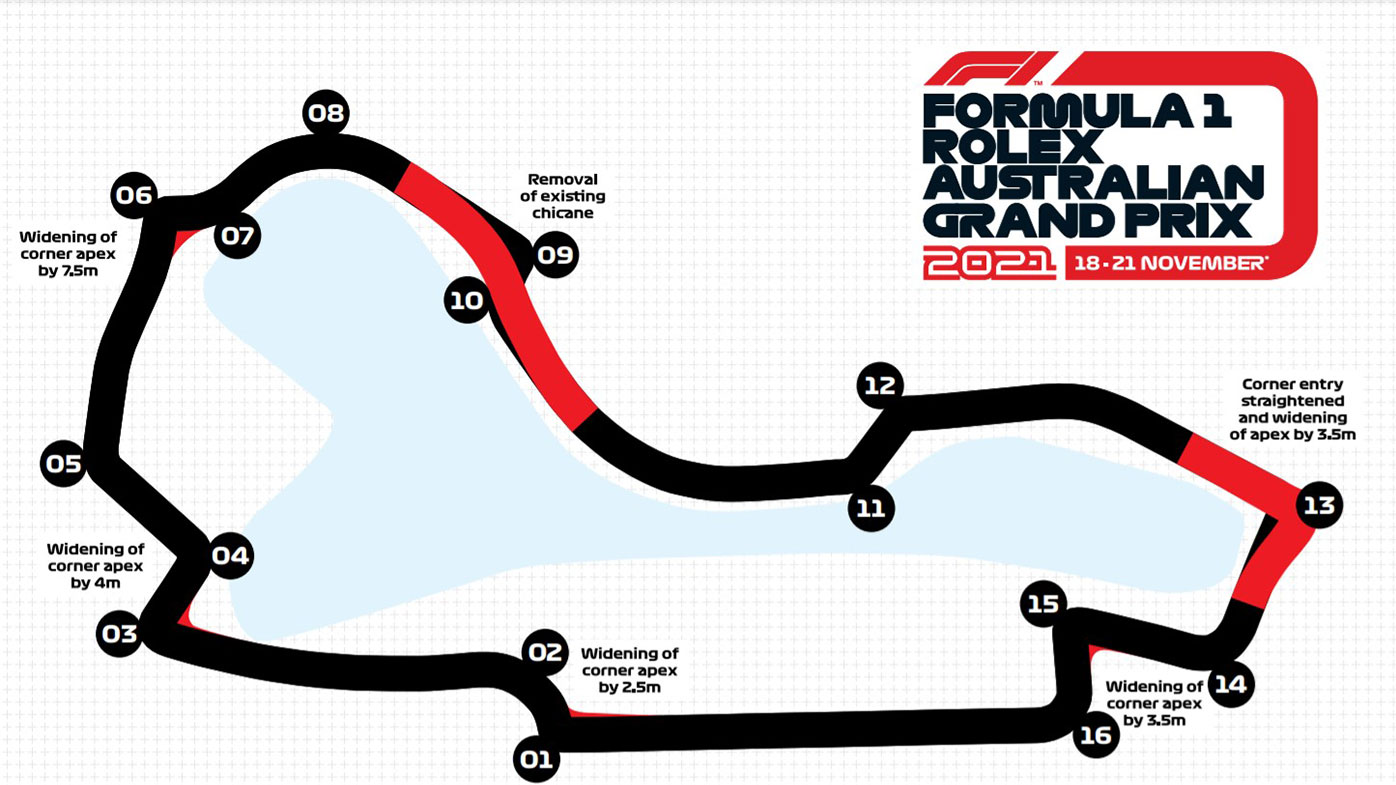 
By the time Formula 1 cars hit the track at Albert Park in November, it has been almost three years since they last raced at the Melbourne circuit.

But with the 2020 Australian Grand Prix canceled, and the 2021 event delayed by eight months, the organizers did not remain inactive, accelerating the long-awaited changes to the circuit, designed to improve the quality of the races.

A total of five turns will be changed, while two more will be removed as the track undergoes its biggest transformation since moving the race from Adelaide to Melbourne in 1996.

Turns one, three, six, 13 and 15 will be widened and reshaped, while the right-left chicane at turns 9-10 will no longer exist, meaning cars will arrive at the difficult complex of turns 11-12 at even higher speeds.

In addition, the entire circuit will be refurbished immediately after the 2021 race.

According to the director general of the Australian Grand Prix Corporation, Andrew Westacott, the changes are long overdue.

“Albert Park was first used in the 1950s, but for the modern era it was designed and built in 1995, and it has not been significantly remade or adjusted since then.” , he told Wide World of Sports.

“What was deposited was of high quality, but it has now reached the end of its life and from the first use in 1996 until now Formula 1 cars have evolved.

“If you consider Albert Park to be our playing surface, it’s our fairway, or center court, and it’s never really been improved.

“The need to resurface the track was there and at the same time we are taking the opportunity to adjust particular turns, either with a few minor changes or, like around the lakefront, a pretty big change.”

The difficulty of overtaking at Albert Park has long been a criticism of the circuit, with some even arguing that it does not deserve the honor of hosting the season opener, given that it often produces bland races.

Westacott hopes these changes will put an end to such comments.

“We are making these changes to increase the competitiveness of the race, to reward courageous races, to penalize bad driving and to provide greater levels of opportunity,” he explained.

“We think it’s really, really exciting. It’s the biggest series of changes on the track since the race moved to Melbourne and the work and construction is already underway.

“As an added bonus, it will produce some incredibly exciting new viewing locations for corporate forums and general admission fans.”

The last time Formula 1 cars raced in Melbourne was in 2019, Daniel Ricciardo’s debut for Renault. His race was effectively over after just a few hundred yards, after his front wing was torn off after the Aussie bounced off the grass next to the pit wall.

“We have widened the pit lane by two meters, because currently our pit lane is limited to 60 km / h and we hope it will become 80 km / h,” said Westacott.

“The enlargement means that the strip of grass at the exit of the pits is no longer there.

“One of the quirks of a street circuit is that there are about 20 lanes around our site. Unfortunately, the local hero decided to walk away from the black stuff on one of the lanes very early in 2019. ! “

Some runoff areas have been adjusted, entry angles and speeds changing. Turn six, for example, was previously taken at around 100 km / h, but after the changes it should become a 150 km / h turn.

Westacott believes the changes will provide good value for money.

“It’s a $ 20 million project to resurface a circuit of this nature and make the changes,” he explained.

“What’s interesting is that the roads in Victoria, based on the experience of VicRoads, are normally rebuilt every 10 to 15 years.

“This is a project that is being carried out by businesses and workers in Victoria, 219 people are employed under the four month program.”