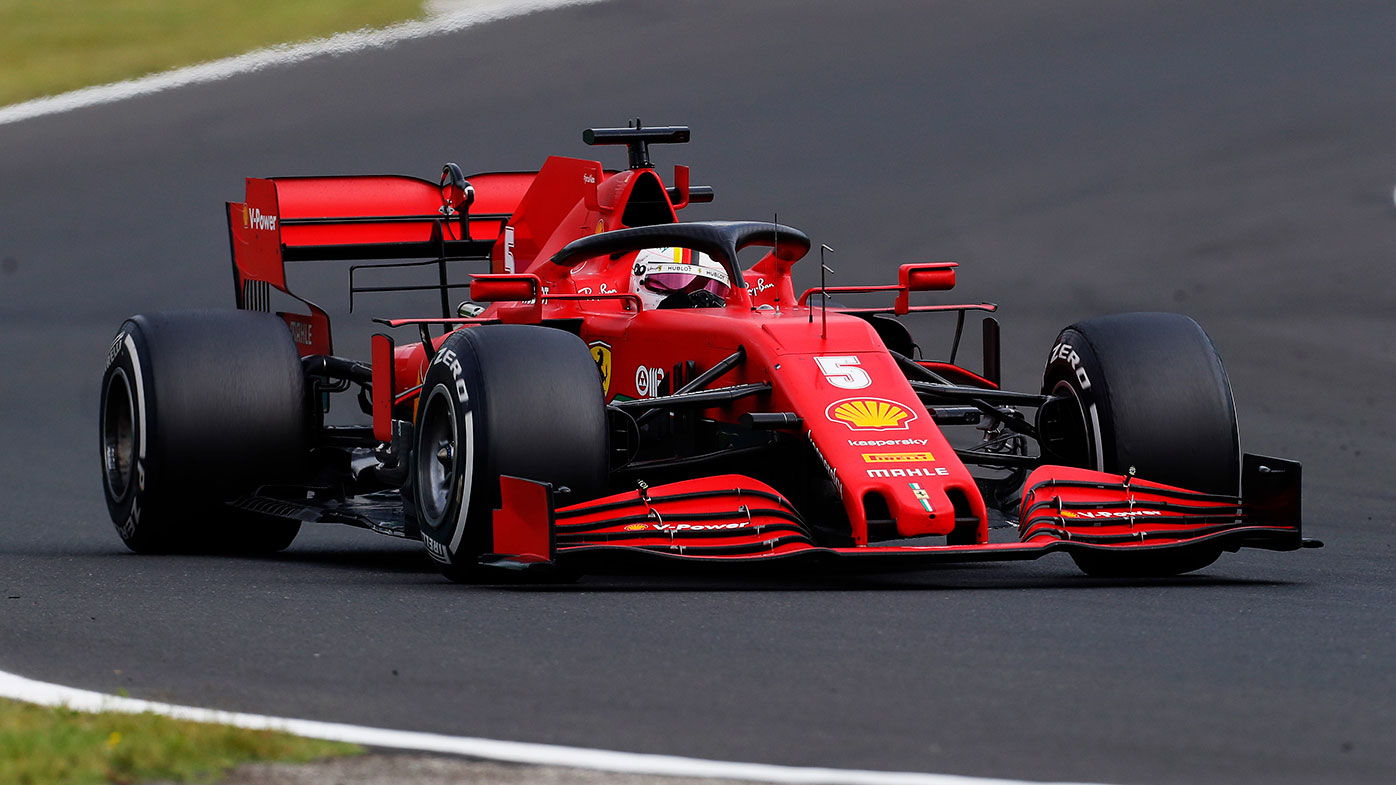 
The tension in the Ferrari camp during last year’s dismal Formula 1 campaign was highlighted in the final season of the Netflix series. Drive to survive.

The Italian team have suffered their worst season in decades, with just one podium each for Charles Leclerc and Sebastian vettel.

Leclerc finished eighth in the world championship, while Vettel was a distant 13th, announcing during the year that he would join Aston Martin in 2021.

Episode four of Drive to survive put the accent on the problems at Ferrari, with the opening scene a revealing glimpse of the drama.

Vettel unveils the helmet he will use for Ferrari’s home race at Monza, joking that “the best feature of this helmet for this weekend is that I can take my mask off as soon as I wear it.”

The Italian Grand Prix followed a disastrous Belgian race for the Scuderia, where Vettel finished 13th and Leclerc 14th, something a member of the Ferrari team is well aware of.

“You can’t be too funny considering the performance after Belgium,” he told Vettel.

The quadruple world champion did not have fun.

“I think you should be funny if you watch our performance,” he replied.

“So, is that the credo for this weekend? Don’t laugh? No jokes?”

Vettel’s real thoughts come to light in an exchange with his engineers as they walk the track ahead of the weekend. When asked if Monza would look a bit like 2019, Vettel’s answer got right to the point.

It was an assessment that turned out to be fair, with Vettel and Leclerc failing to finish in an embarrassing home race for the Scuderia.

But the worst was to come a week later, before the Grand Prix of Tuscany at Mugello. Amid the celebrations for Ferrari’s 1000th Grand Prix, Vettel announced he would join Aston Martin for 2021.

Eyebrows were raised at the time of the announcement, with some seeing it as a move to remove the luster from the Ferrari stage.

Ferrari head of communications Silvia Hoffer holds a team briefing for the two drivers where she addresses questions Vettel and Leclerc can expect to receive from the media that day.

Hoffer noted that Vettel’s announcement came after Sergio Perez confirmed that he would be leaving Racing Point (now Aston Martin) at the end of 2020.

But Vettel’s former team manager at Red Bull, Christian Horner, was not buying the coincidence.

“The timing tells you everything, he couldn’t have picked a more inappropriate time for the team, but I guess he was pissed off,” he said.

Vettel’s career in Ferrari ended in disappointment, his last 11 races in red yielding only one finish better than 10th.

When asked why the season had been so difficult, Vettel smiled broadly.

“We don’t have much time! Next question.”