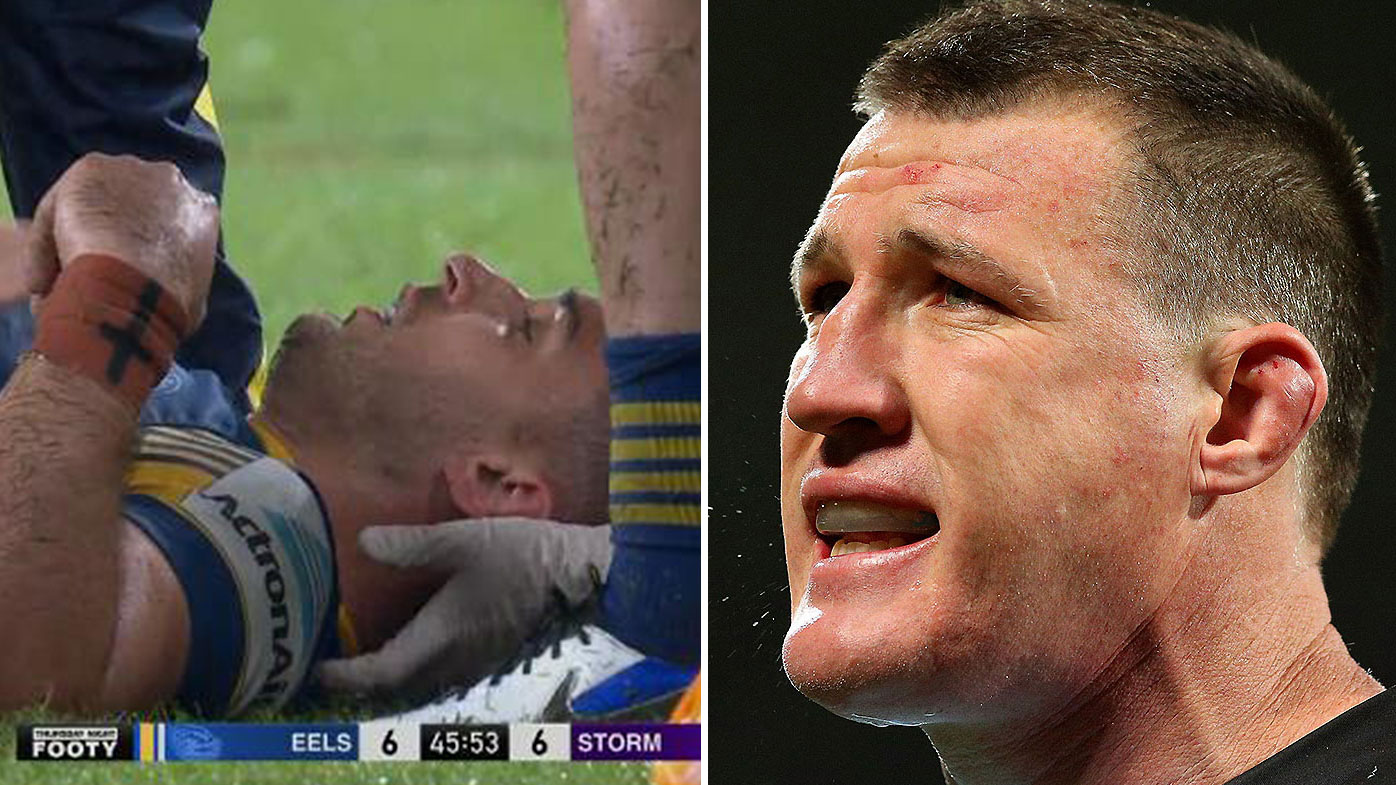 
Cronulla Sharks great Paul Gallen has shot down the growing debate around introducing a medical substitution despite a recent wave of serious punches to the head in the first round of the season.

Roosters coach Trent Robinson has raised the possibility of mirroring the AFL who recently brought an additional man onto the bench who can only be used if a club doctor assesses an injured or concussed player as “medically unfit” to contiue.

He follows severe late-game concussions for Eel star Ryan Matterson and The skipper of the roosters Jake Friend, whose sides have been forced to wrestle with a man already down this season.

But Gallen was against the idea, saying teams would inevitably find a way around the rules outside of their grasp.

“You’re going to have cases like we saw with Cleary on the weekend, clear cases, where the guy is out because someone hit him with a high tackle. That’s a clear case.

“But then you’ll have one the week before the Brisbane player fell with a sore neck, it was (judged) an HIA. It had nothing to do with his head.

“I know your neck and head are very close to each other but it’s going to be twisted somehow.”

“I like the gladiatorial aspect of the game where it’s the last man standing, you do your best for 80 minutes – I don’t agree with that.”

The introduction of an 18th man has been an initiative launched almost every year by the NRL’s competition committee, but has yet to come to fruition due to concerns about the impact a new player would have on the game.