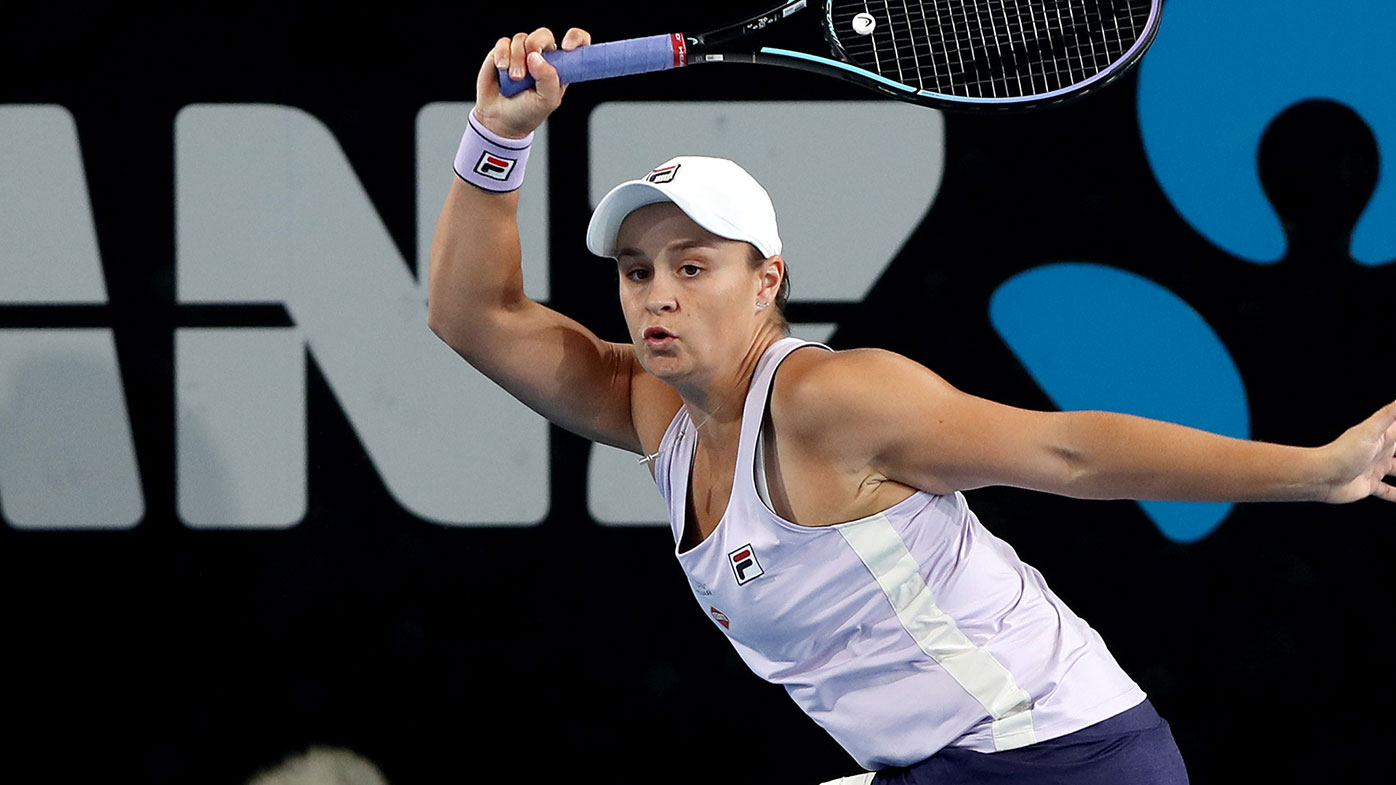 
Australian Ash Barty survived a massive scare to beat qualifier Kristina Kucova in her opener at the Miami Open.

Kucova served for the game at 5-3 in the third set, and Barty was forced to save a match point before turning back.

The world No.1 was far from the best, but managed to close the game against her 30-year-old opponent, ranked 149 in the world.

“You always have a chance, and today was really hard work and I enjoyed every minute of it.

“There’s nothing quite like taking a test like this, and now I have another opportunity in a few days to play another tough game and test myself again.”

Barty gave up his serve in Game 3 of the game, but managed to come back with a superb half volley, and from there he was relatively calm taking the first set.

The pair traded serves breaks again early in the second set, which was more competitive than the first, with Kucova breaking Barty again in Game 10 to claim the set.

The Australian was a bit rusty at first, in her debut tournament since losing to Danielle Collins in Adelaide last month.

This is the first time Barty has played a tournament outside of Australia since February of last year. She made the semi-finals in Doha, before spending the rest of 2020 during the COVID-19 pandemic.

She is the defending champion in Miami, having won the title in 2019, and could lose her No.1 ranking to Naomi Osaka in Miami.

Flight cancellations meant Barty’s trip to Miami took 50 hours, which was hardly an ideal preparation for the Australian.

Kokkinakis defeated Shintaro Mochizuki, 6-3, 6-3, to set up a meeting with 29e seed Marton Fucsovics, while Sanders needed three sets to defeat Elisabetta Cocciaretto. She will now play Jessica Pegula in the next round.