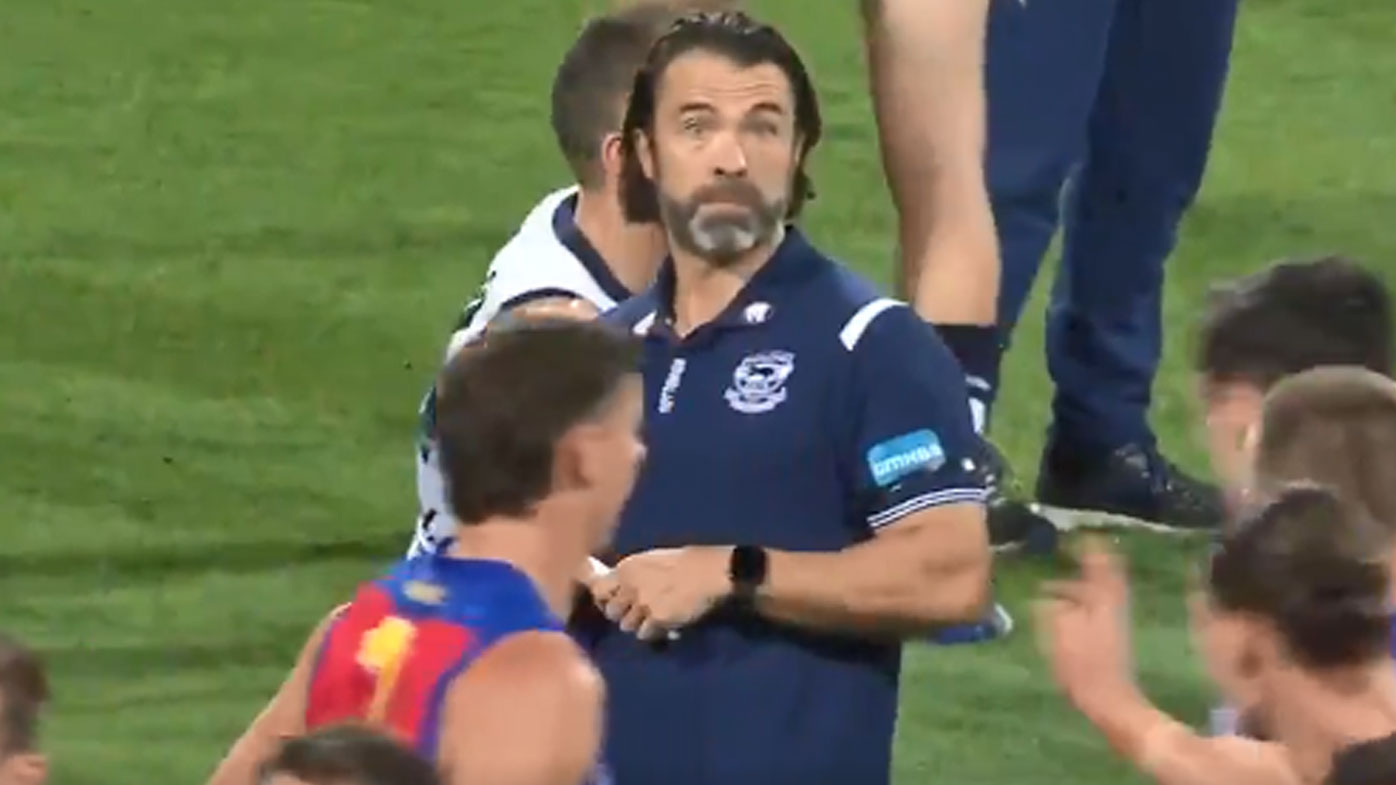 
Coach Geelong Chris Scott revealed that his fiery exchange with Brisbane Lions players in the quarter-time was about Gary Rohan’s shot on Lachie Neale.

Despite his team holding a 16-point lead in the first change, Scott seemed less than happy with some of the Lions stars as he approached the clique.

AFTER: Brisbane Lions deny by refereeing a howler against Geelong

After the game, Scott developed the exchange between him and the stars of the Lions.

“I didn’t understand exactly what (Neale) said, but it was something about Gary Rohan and I said, ‘I’m happy to have the conversation with you if you like. J ‘ve seen the vision and I’m comfortable with it. “I suspect he didn’t hear all of that. That’s all that was said.

“I think some of them weren’t giving me compliments, but I didn’t say anything after that.”

Despite footage showing Rohan punching Neale, Scott was adamant that his attacker would not have a case to answer in court.

“Neale did it (start), the vision is clear. I’m not saying he did the wrong thing, it’s footy.

“I saw what Gary did and I’m comfortable with it.”

However, the great Jonathan Brown of the Brisbane Lions did not share Scott’s confidence, suggesting that Rohan was likely to be suspended.

“He’s lucky it wasn’t about three inches taller because he reportedly broke his jaw and would be out for about half a season,” Brown told Fox Footy.

“He should always be suspended for that. It was unruly and just stupid behind the gambling stuff.”

Neale immediately fell to the ground before raising three fingers on Rohan, apparently suggesting he would receive a three week suspension for the shot.

Rohan was not put on the report for the incident, but AFL MRO Michael Christian is sure to review Rohan’s strike after the game.

The Rohan-Neale incident was one of many fires in the first quarter as Geelong skipper Joel Selwood also gave a free kick for a dangerous tackle.