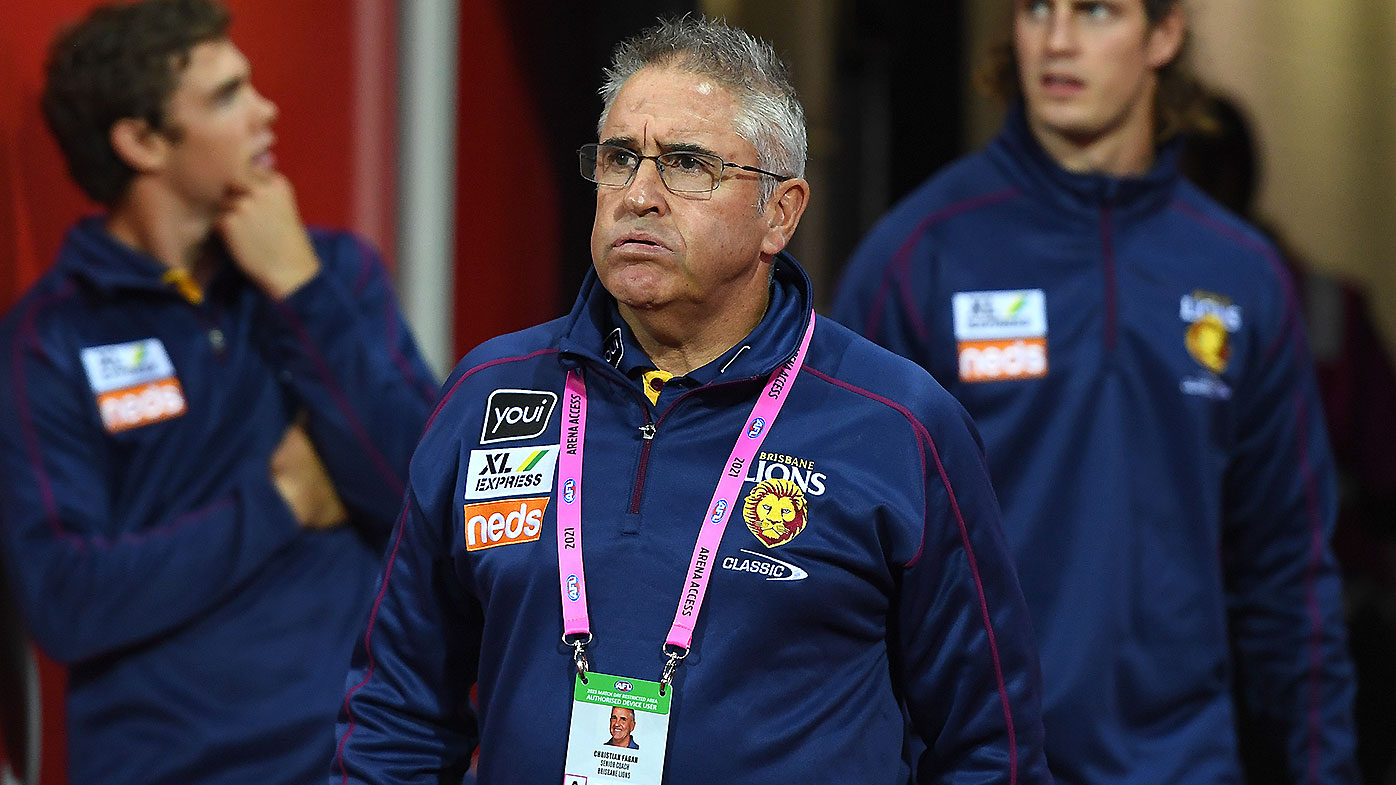 
Brisbane Lions Coach Chris Fagan admitted he believed his team Friday night clash against Geelong would be canceled due to the positive COVID-19 case in Queensland.

Fagan’s message came after the AFL revealed it had secured a Victorian government exemption for Brisbane Lions players, coaches and officials, allowing them to continue with the scheduled game.

Asked about the possibility that his team will have to stay in Victoria due to the COVID-19 case, Fagan said the Lions will follow the AFL and government instructions.

“I wasn’t sure, I thought there was a chance it could be canceled,” he said.

“I’m glad it wasn’t because it was one of the best Aussie football games you’ve ever seen.

“We have not received any information from the AFL. As far as I know, we will be home tomorrow, but that could change. We will just be prepared to do whatever we need to do.

“We’re just going to take our advice from the AFL and the Queensland government and do as we’re told.”

The game was thrown into chaos minutes before the opening rebound as new Victorian government guidelines for Brisbane residents were announced at 7:01 p.m., 49 minutes before the scheduled start time. The match was able to start as initially planned at 7:50 p.m. despite the fear.

After Queensland Health announced a locally acquired positive case in Brisbane, Victoria’s DHHS said anyone who has arrived in Brisbane state or the Moreton Bay area since March 12 should immediately self-isolate and be tested COVID-19 72 hours.

Genomic testing has shown Brisbane’s latest locally acquired COVID-19 case to be the UK variant and is linked to a previous cluster involving two overseas travelers.

The AFL confirmed by an official statement released on Friday evening that it had secured a exemption during half-time in the Geelong-Brisbane clash.

“We encourage all members of the community to follow the government’s advice that anyone who has entered Victoria from the city of Brisbane and the Moreton Bay area since March 12 should immediately self-isolate, undergo a test for coronavirus within 72 hours and remain isolated until they test negative. “

Fans were incredibly urged to leave the ground minutes before the game started and those who arrived from Brisbane were urged to get tested immediately.

According to a report from Triple M, Brisbane Lions officials were also asked to leave a corporate box where they had originally planned to watch the game.

Channel Seven commentators Luke Hodge and Wayne Carey were also forced to leave the stadium for testing immediately, after being in Brisbane after March 12.

The AFL also announced that the post-game press conference for Brisbane Lions coach Chris Fagan will be held via Zoom due to complications from COVID-19.

The Lions arrived in Melbourne from Queensland on Thursday. The Victorian government’s call also has implications for the Sydney Swans, who played Brisbane at Gabba last Saturday.

Queensland’s positive case also has implications for AFLW, with the North Melbourne women’s team also being in Brisbane last weekend.