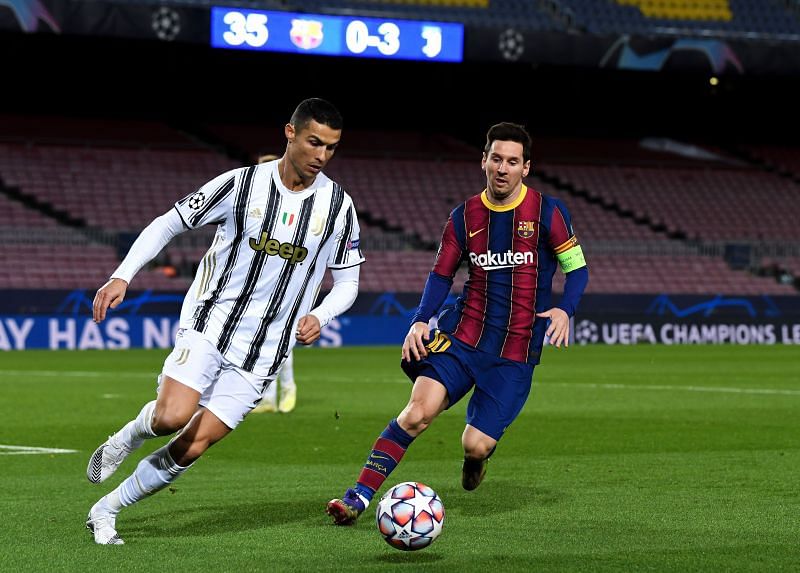 
Lionel messi and Cristiano Ronaldo are among the greatest footballers of all time, but the comparison between the two players continues to wander several years after their professional debuts. With 11 staggering Ballon d’Or awards and several other individual accolades between them, the legendary strikers have defined the modern era of beautiful play and inspired a generation of footballers.

Another player who had a similar impact is Sunil Chhetri, which is hailed as the shining light of Indian football. The Bengaluru fc captain is one of the greatest footballers the country has produced and continues to lead the Blue Tigers despite being 36 years old.

Chhetri is an avid fan of European football and has not shied away from voicing his opinion over the years. When the Indian captain was asked to choose between Lionel Messi and Cristiano Ronaldo by Sports star in 2020, he admitted he was a big fan of the Argentine, whom he then described as “different”.

“In fact, even before this interview, I was stretching and watching a video of Lionel Messi. And that really uplifts me. If anyone in the world is sad, just put on Messi’s video and he’ll be happy. “

“I love following Cristiano Ronaldo too. For me that’s a really good example of the hard work he puts into. When it comes to learning I’m more of Cristiano Ronaldo’s stuff but I like just watch Lionel Messi, the kind of goals he scores, his dribbling, his nutmeg, his understanding of the game, his touches are incredible.

While Chhetri has indicated that he believes Lionel Messi to be the top player, he was quick to praise Cristiano Ronaldo. The Portuguese superstar has scored all kinds of goals for club and country during his career and has proven himself in England, Spain and Italy after breaking onto the scene in Portugal.

When asked to compare the two players based on their completeness, Chhetri praised the Juventus star’s versatile ability and spoke in detail about the playing styles of the two forwards.

“If you say that, then I will say Cristiano Ronaldo. I mean, it’s close. By the time you say finished it’s all about height, heading ability, shooting with both feet, coming back to defend the turns as well – so in that aspect, yes, Ronaldo.

“But in general, as a player, there is no comparison between Lionel Messi and anyone else. He’s just a higher level – he’s completely different. If you ask me who affects the game the most, it must be Messi. The building game, passing, assists and understanding. The value of him in Barcelona or Argentina gives him a little advantage over Ronaldo. I think he is the best player.

The debate between Lionel Messi and Cristiano Ronaldo has been going on for more than a decade, with fans of both players engaging in heated debates on social media. Chhetri has given his opinion on the matter and urged fans around the world to appreciate both players, as he described the legendary strikers as “pure geniuses”.

“I see a lot of people who love Messi, and in return hate Ronaldo and vice versa. But you can’t hate them. You can be a fan of it. Suppose Ronaldo is playing against your team, you don’t want him to do well and that’s okay. But hating one of them doesn’t make sense because they are pure geniuses. They give so much joy! “

While it’s unfair to compare Chhetri’s ability as a player to that of Lionel Messi or Cristiano Ronaldo, the Indian captain’s international goalscoring record puts him among the greatest of all time. In 115 games, Chhetri has scored 72 goals, placing him 11th on the all-time scorers chart.

Cristiano Ronaldo has crossed a century of goals recently and is currently on 102, with Iranian legend Ali Daei leading the table with 109 international goals. Lionel Messi, on the other hand, has 71 goals in 142 appearances for Argentina and will look to add to his tally in the Copa America later this year.

Also read: Lionel Messi’s shirt collection and the truth behind his reluctance to swap shirts