Godzilla vs Kong – Official “Down with the Ship” Music Video 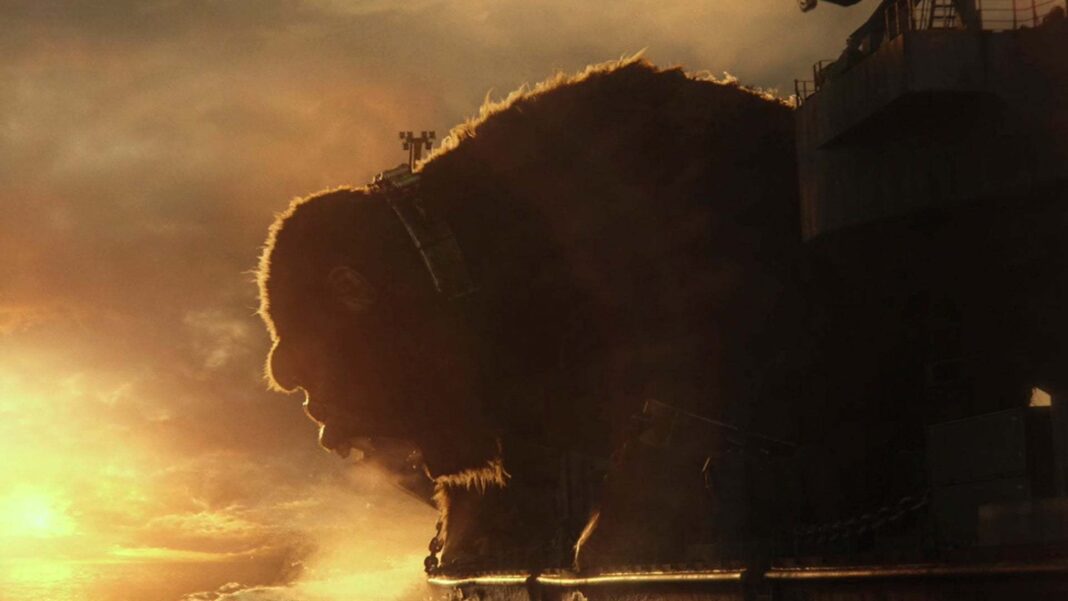 From Warner Bros. Pictures and Legendary Pictures comes the long-awaited confrontation between two icons of the epic adventure “Godzilla vs Kong”, directed by Adam Wingard. Legends collide in “Godzilla vs. Kong” as these mythical adversaries meet in a spectacular battle for the ages, with the fate of the world at stake. Kong and his protectors embark on a perilous journey to find and with them his true home. is Jia, a young orphan with whom he has forged a unique and powerful bond. But they unexpectedly find themselves in the path of an enraged Godzilla, cutting a swath of destruction across the world. The epic clash between the two titans – sparked by unseen forces – is just the beginning of the mystery that lies deep in the heart of the Earth. The film stars Alexander Skarsgård (“Big Little Lies”, “The Little Drummer Girl”), Millie Bobby Brown (“Stranger Things”), Rebecca Hall (“Christine”, “Professor Marston and the Wonder Women”), Brian Tyree Henry (“Joker”, “Spider-Man: Into the Spider-Verse”), Shun Oguri (“Weathering with You”), Eiza González (“Fast & Furious Presents: Hobbs & Shaw”), Julian Dennison (“Deadpool 2 “), with Kyle Chandler (” Godzilla: King of the Monsters “) and Demián Bichir (” The Nun “,” The Hateful Eight “). Wingard (“The Guest”, “You’re Next”) from a screenplay by Eric Pearson (“Thor: Ragnarok”) and Max Borenstein (“Godzilla: King of the Monsters”, “Kong: Skull Island “), story by Terry Rossio (” Pirates of the Caribbean: Dead Men Tell No Tales “) and Michael Dougherty & Zach Shields (” Godzilla: King of the Monsters “), based on the character” Godzilla “owned and created by TOHO CO., LTD. The film was produced by Mary Parent, Alex Garcia, Eric McLeod, Jon Jashni, Thomas Tull and Brian Rogers, with Jay Ashenfelter, Herbert W. Gains, Dan Lin, Roy Lee, Yoshimitsu Banno and Kenji Okuhira executive producer. Warner Bros. Pictures and Legendary Pictures present a production of legendary images, an Adam Wingard film, “Godzilla vs. Kong”. The film will be released nationwide in 2D and 3D in select theaters and IMAX on March 31, 2021, and will be available in the US on HBO Max for 31 days from theatrical release. It is rated PG-13 for intense sequences of violence / destruction of creatures and brief language.