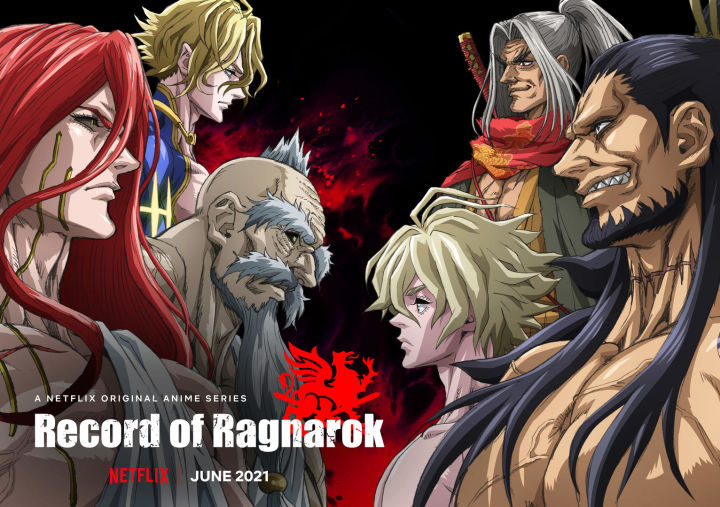 Netflix has showcased some of its 40 new original anime titles that are slated to premiere this year at AnimeJapan 2021, and the list includes Resident Evil: Infinite Darkness, Yasuke, Record of Ragnarok, The Way of the Househusband, Eden, and more.Although Resident Evil: Infinite Darkness and The Way of the Househusband were previously revealed, fans and the press got a glimpse of a few new directed shows. to streaming service in 2021, including;

Record of Ragnarok (June 2021) – “Record of Ragnarok” is the story of 13 gods from around the world and 13 of the world’s most remarkable humans who fight in individual battles to decide the fate of mankind. Based on the manga created by Azychika, Shinya Umemura and Takumi Fukui, a real battle of transcendent rage begins!

Yasuke (April 29, 2021) – In war-torn feudal Japan filled with mechs and magic, the greatest ronin ever known, Yasuke, struggles to maintain a peaceful existence after a past life of violence. But when a local village becomes the center of social upheaval between warring daimyo, Yasuke must take his sword and carry a mysterious child who is the target of dark forces and bloodthirsty warlords.

Eden (May 27, 2021) – Thousands of years into the future, a city known as “Eden” is inhabited only by artificially intelligent robots whose old masters are long gone. On a routine mission deep in the city, two maintenance robots accidentally wake a little human girl from stasis by questioning everything they’ve been taught to believe – that humans were nothing. more than an ancient forbidden myth. Together, the two robots secretly raise the child in a safe haven outside of Eden.

2021 will bring nearly double the number of anime titles destined for Netflix compared to last year.