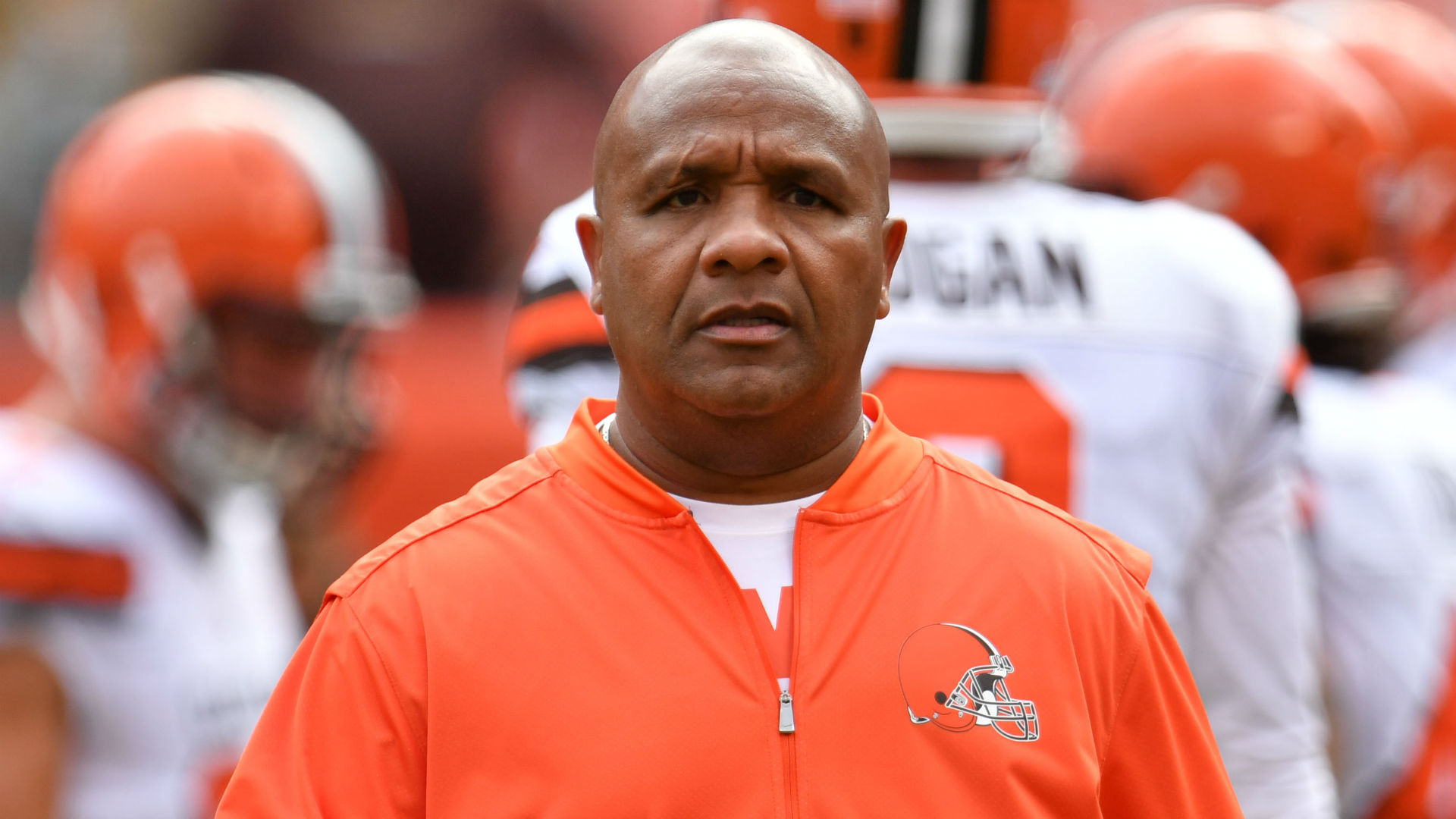 Hue Jackson wants to set the record straight on his visit to Cleveland.

In an interview with ESPN 850 on Monday, the former Browns head coach claimed he was “lied to by property and the management team.” Jackson, who served as the Bengals’ offensive coordinator before being hired by the Browns in 2016, told the radio station he was never told Cleveland would go into rebuild mode before accepting the job. He added that the franchise mistakenly portrayed him as an anti-analytic trainer.

DRAFT NFL MOCK: Who will the Browns pick with the first-round pick?

“They were going to be football plus scans, but they intentionally did football against scans,” Jackson said. “You have to understand, it wasn’t going to be – they weren’t looking for coaches. They were going to take two years, and they were going to find a way to use us as an experiment to make sure they could get the data that it had to be better at anyone’s expense – and that’s not fair. I don’t care what nobody says. This isn’t the way it should be.

“They also lied to try to paint the picture that I was against analytics. I would never have accepted the job if I had. They told me it would be a resource to help me. to win. I searched for an understanding of analytics. on my own to make sure I was collaborative, but the only thing that stuck with me was that all this analytical stuff – and people have to figure it out – someone has to figure out what is valuable and how valuable that information is. “

Jackson, who is writing a book about his tenure with the Browns, finished 3-36-1 in addition to two seasons at Cleveland, including a 0-16 score in his sophomore year. Jackson said he received a contract extension midway through that disappointing season, but the Browns were unwilling to publicly announce the details of the deal.

He was eventually fired in 2018 after starting 2-5-1 and replaced by interim head coach Gregg Williams. Jackson believes he was used as “scapegoat” for the organizational failures of the Browns.

“People have to go back and look at these drafts and see where these players are today,” Jackson said. “That should tell you everything you need to know. They’re not on this team. They haven’t been. Some of them aren’t even in the league, but we expected that. We were winning. You can’t win that way, yet I hear other people say, “Well, everyone knew that was a teardown. That’s what they’re going to do. “I was never told it was a teardown.”

As for his future, Jackson said he “doesn’t care” if he gets another coaching job. He wants to share his side of the story because it is simply “true and false.”

.@ huejack10 on The Really Big Show on why he’s writing the book:

“The truth has to come out … for other minority coaches, they have to know the pitfalls. My story has affected some of their futures.”