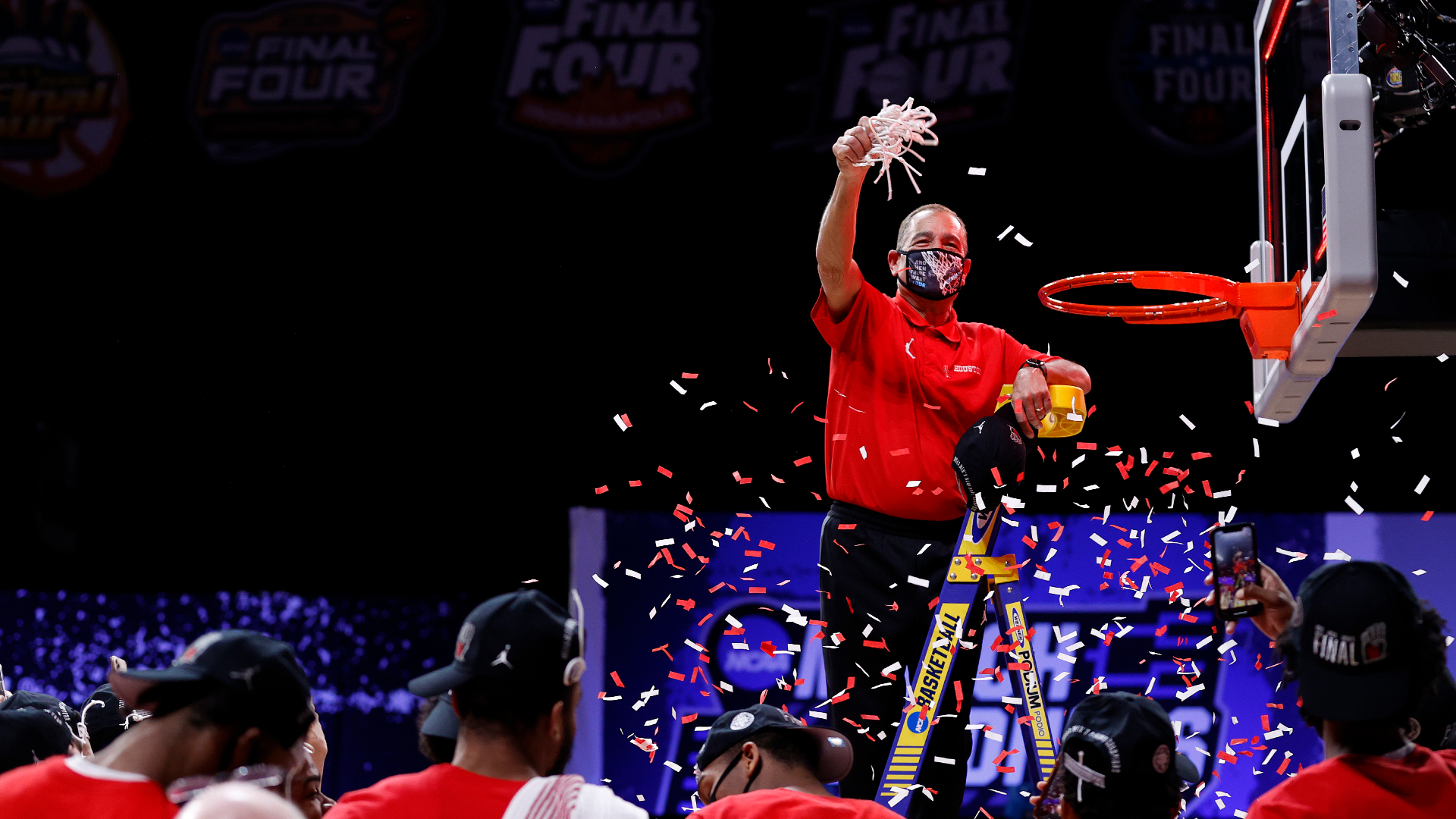 Think about everything that happened in that festive embrace in front of the Houston bench: 35 years as a father and son, eight years as a boss and employee, even three years as a coach and player. And there was so much more at that moment shared by Kelvin and Kellen Sampson. There was knowledge of all that had been overcome. Conquering obstacles is a usual part of reaching the NCAA Final Four, but few have traveled this far, this long.

“So many long nights, so many early mornings. So many times we’ve been told ‘no’, ”Kellen tweeted after seeing a photo of that moment. “This hug was worth every second of the trip. I hope everyone who said ‘Yes’ feels the emotion and gratitude in my eyes.”

If you wish to declare Kelvin Sampson’s obstacles to be his doing, that is your right. His journey back to this point, however, after a six-year absence from college coaching with the only program bold enough to give him an opportunity, remains a rare achievement.

“It’s not supposed to be easy,” said Kelvin, discussing mainly Oregon State’s return to make Monday night’s Elite Eight a 67-61 game in favor of the Cougars. This statement applies at all levels, however.

It works regarding the attrition that plagued Houston’s roster after ending 23-8 last season, Nate Hinton turning pro, Fabian White lost with an injured knee after 11 games and leading scorer Caleb Mills left. the program after the fourth game.

It works in terms of the struggles the Cougars had as a team, dropping a confusing game against East Carolina that could have damaged their NCAA seed, struggling terribly but getting two wins in the seven days before the selection on Sunday against American Athletic Conference challenger Memphis.

It works for Sampson, of course.

“I am proud of these children. Proud of heart. Proud that they’ve fought through so much this year, ”Sampson told reporters after the game. “For this team to be 28-3 and go to the Final Four. It is one of the greatest achievements that I know of. And I have this group of players and this staff – everyone in the staff, all the players – to thank for that, for allowing me to accompany them.

Sampson has spoken of the challenges he overcome on his way to this Final Four for so long that he consumed almost his entire post-game press conference. No one has had a chance to ask him what it was like to do this in Indiana, 50 miles from Bloomington, the site of the only failure of his head coaching career. He was fired from his coaching job with the Hoosiers in February 2008 – after not even two full seasons – due to an NCAA investigation into his recruiting practices.

It now seems odd that the NCAA charges against him centered on fewer than two handfuls of recruiting calls, given all that has been revealed by the DOJ investigation’s intersection with programs such as Louisville, Kansas, Arizona and Auburn – and with unlimited communication now the rule of the day.

Today, all of that only matters to the extent that he brought Sampson to Houston, and Sampson has now brought Houston back to the Final Four. What happens to be in Indiana. He wouldn’t have coached the Cougars without what happened at IU. He could still be the coach of the Hoosiers. Impossible to say: we are not in this alternate universe.

With all he’s accomplished in Houston, however, there must be more than a few programs that hired coaches after his show case expired and before the Cougars jumped into their offering.

The Cougars won 22 games in his sophomore year, reached the NCAA tournament in his fourth, and made the Sweet 16 in his fifth. This is the seventh year. There have been two American Athletic Association titles, one in the AAC tournament and an average of 24 wins per year.

This is neither the first trip to the Final Four for Sampson, nor for Houston. As they move forward together, it represents a simultaneous renewal. Sampson did this in 2002 in Oklahoma, before the IU episode. The Cougars haven’t returned since reaching three in a row from 1982 to 1984 – Phi Slama Jama’s teams – and those who grew up on modern college basketball shouldn’t forget that Elvin Hayes and Don Chaney arrived in 1967 and 68. All-star goaltender DeJon Jarreau mentioned his pride in helping Sampson return to the Final Four with a win in the coach’s 1,000th career game, of which 667 were wins.

He credited Kellen as “an absolute hoss”, assistant coach Alvin Brooks for his recruiting work in the Houston area and Quannas White for working in other fields, such as New Orleans, his hometown and that. by Jarreau.

“We said no to a lot of kids because I just thought they wouldn’t fit our culture,” Kelvin Sampson said. “We said no to a lot of kids that people would think, ‘This is a great benefit.’ Or, “Now you have some great recruits.” I don’t care about good recruits. Never been my business. I wanted kids that I could train, kids who would be trained, who would be able to survive tough days, tough days, and I could get them to play for each other.

“To get to the Final Four, I think every year that has passed has grown closer. I always thought we could, but we had to climb the ladder.

Sampson mentioned that his good friend, Oklahoma athletic director Joe Castiglione, sent him a ladder when he got the job in Houston with a note saying, “Hope you use this ladder a lot.” They used another to cut the nets at Lucas Oil Stadium, but the point was made.

Accepting the Houston job gave Kelvin the opportunity to work with his son. During the half-dozen years he helped the Bucks and Rockets, Kelvin took an alternate path, moving from an assistant graduate job in Oklahoma to coaching positions with Stephen F. Austin and Appalachian State. The two saw each other maybe 10 days a year. Now it’s pretty much every day, lastly every minute of every day. His daughter Lauren is also on the basketball staff as director of external operations. and was able to join his father on court after Oregon State won for a wave to Karen Sampson, the endearing matriarch of the family.

In October 2014, when Sampson first entered the training field to lead the Cougars after going through an NCAA demonstration penalty and spending that time as an assistant coach in the NBA, Kellen told Sporting News that it was “touching, for sure” to see her father back in his element.

“Six years ago, I forgot how good he is,” Kellen said at the time. “He’s really good. He is such a teacher and he is so passionate about teaching.

Seven years later, the rest of the world was called back. “Really good” probably doesn’t cover it.