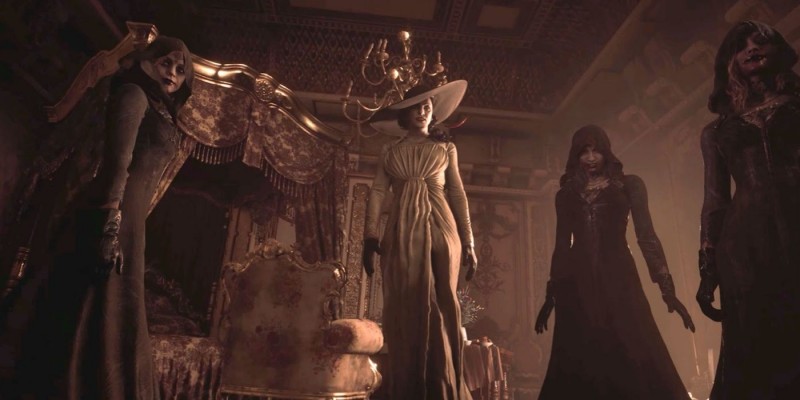 
Resident Evil Village is still a mystery, and we love Capcom for that. That being said, who is this mysterious masked figure who recently appeared in the new promo artwork for the latest game?

The @BIOHAZARDcast Twitter account, an account that has shared a lot of accurate information in the past regarding the Resident Evil franchise, recently shared new promotional art spotted in Japan. Ethan Winters is spotted alongside Chris Redfield and Rose again, but another new face (face-ish) has been added to the mix with a Harlequin masked figure on the bottom left.

Resident Evil Village has werewolves; he has vampires; he has a merchant who seems straight out of Alice in Wonderland; the latest horror game in the Resident Evil franchise is shaping up to be something special. As for the context of the latest promotional art, it’s unclear who that person is, but Capcom has definitely done what they can to cram that image as much as possible.

Looking at the promotional art above, you can see Chris Redfield holding Rose, Ethan, and Mia’s daughter. Given that Ethan Winters is a focal point of the last game, it’s no surprise to see him also be an important part of the last piece of art.

Looking at the masked figure in the lower left, one could argue that it may be Mother Miranda. If you recall, Lady Dimitrescu was once heard speaking to someone with this title during a previous look at Village. The glint in the eyes certainly suggests that it is someone from a line similar to Lady D, but is that a clue to the supernatural or just a cool look altered to make this character stand out? We don’t know, but it looks like we might learn more soon with the next showcase.

So who do you think this masked figure is in the most recent promotional art for Resident Evil Village? Guesses? Sound off in the comments section below with all of those spooky theories. You can also check out the latest PS4 Pro game footage just released. here.