Fortnite Island begins to ‘fortify’ itself from ominous threat, yet again 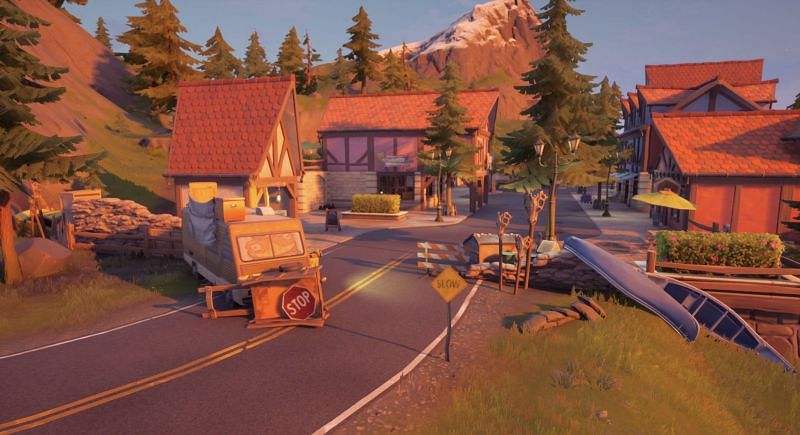 
Once again, Fortnite Island is getting stronger.

Sweaty Sands is the last POI to barricade certain areas. Prior to this POI, Pleasant Park and Misty Meadows had also barricaded themselves in an attempt to fortify their Pitches of something. That something might just be a next primitive war.

It’s almost clear that whatever happens, it will be great if all of these places have to barricade themselves.

Fortnite Island gears up for battle

The barricades are large enough to try to stop or delay a large army. Some have speculated that this could be how Epic Games introduced Save the World in Fortnite Battle Royale mode. But nothing is certain yet, after all anything could happen after the events of the end of Season 5. It would be great to have the two modes shared at an event, but it could also have to do with them. mysterious Spire towers.

Sweaty is now fortified after Pleasant & Misty, the next POIs will be Retail. It seems that this only happens to POIs that are near Guardian Towers and have not become Primal. pic.twitter.com/2axkjG2AqB

Hypex on Twitter also pointed out that these barricading POIs are the locations near the smaller Spire towers with guardians. These locations are the ones that have never become essential like the rest of the map. The battle ahead can be all primitive, as players have noticed that some challenges have been around the Spire Towers recently. He also goes on to state that Retail Row might even be the next POI to fortify itself from the coming onslaught.

Many POIs around the map are starting to become “fortified”.

Eventflags currently exist for 3 fortification stages, which we could see before 4:20 p.m.

Below is a map of the current / planned “fortified” areas in 16.10. What do you think Epic is preparing us for?

The latest speculation is that this has something to do with the upcoming DC crossover comic, Batman / Fortnite. This is unlikely to be the case as the story runs from April to July, but we can’t rule that out just yet. Whatever happens in Fortnite, it will be interesting to see what events happen next. Anyway, it looks like we are seeing some new POIs location changes early enough.

RELATED: Fortnite Season 6: Island begins to prepare for ‘primordial war’ by barricading itself