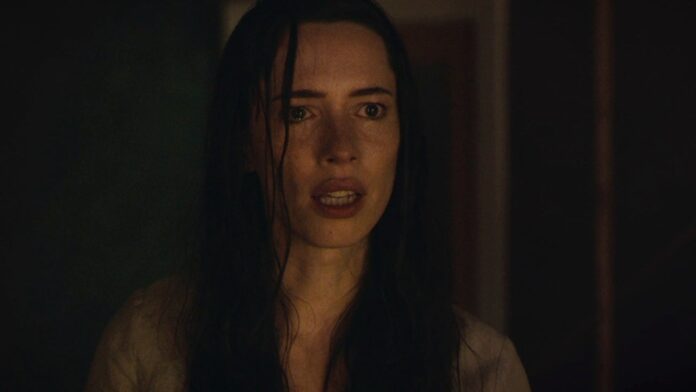 A woman is haunted by nightmares and eerie visions in this spooky trailer for the upcoming film, The Night House. In The Night House, Rebecca Hall (Holmes & Watson, Christine) plays Beth, a woman reeling from the unexpected death of her husband, and attempts to cope with his death while living alone in their lakeside cabin. After having nightmares and seeing disturbing visions of a presence in the house, Beth digs through her husband’s belongings and uncovers strange secrets and a mystery she must solve. The Searchlight Pictures film also stars Sarah Goldberg (Barry, Elementary), Vondie Curtis Hall (Die Hard 2, Eve’s Bayou), Evan Jonigkeit (Togetherish, Sweetbitter) and Stacy Martin (Vox Lux, Nymphomaniac). The Night House hits theaters July 16, 2021.