Zelda: Breath of the Wild is just as bright today as it was in 2017 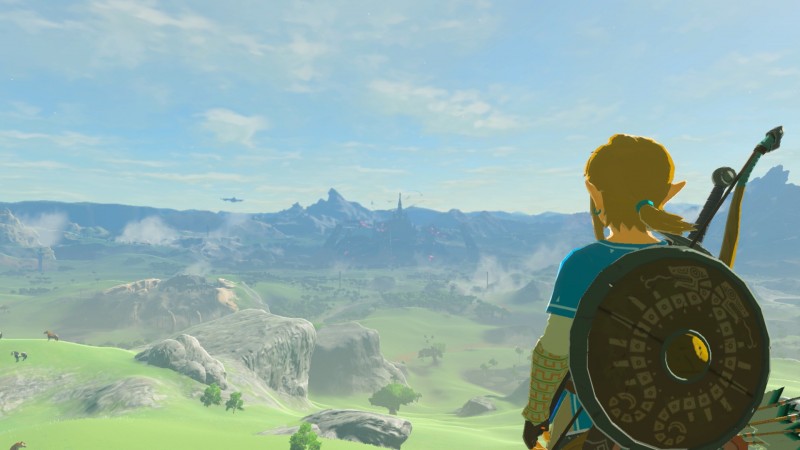 
When The Legend of Zelda: Breath of the Wild released alongside the Nintendo Switch in 2017, I was worried to say the least. I enjoyed what I played at E3 2016, and loved the art style, but the myriad of ways the game took my favorite series and toppled it made me fear ending up with a shadow of what made me fall in love with it first. location. Once I finally got the game over in my hands, it clicked almost immediately for me, and all my fears fell by the wayside.

Fast forward 65 hours of gameplay, and The Legend of Zelda: Breath of the Wild did what I once thought was impossible: it dethroned Ocarina of Time as my favorite game. However, due to the confusing lack of multiple save files, I never replayed Breath of the Wild. Of course, I could create a second account on my Switch, but I wanted to keep my Switch profile accurate with my most played titles. With the Breath of the Wild sequel looming, I decided it was now or never, so I created a new save file, erasing my first game that made it my favorite game, and jumping into a journey to challenge the strong opinions I had formed. over four years ago.

A new journey to familiar places

As excited as I was to start a new record for Breath of the Wild, I admit I was nervous. Was my reaction the first time around some sort of reflex hyperbole? Wouldn’t the game live up to the insanely high bar I’ve set for it since its release? Did I just build it up as “my all-time favorite game” for so long that my memory goes way beyond the actual product that exists? While I haven’t completed my trip, I’m more than happy to report that I’m just as in love with Breath of the Wild in 2021 as I was in 2017.

Before I started this time, I reflected on what I liked most about the game. I often pointed out the sense of wonder that Link’s latest adventure instilled in me as one of the main reasons for which I consider her to be my favorite; I told myself that with the continued evolution of open worlds, nothing would ever give me the feeling that Ocarina of Time was able to deliver in the nascent years of 3D gaming. With Breath of the Wild, every corner presents a surprise and every exploration expedition rewards you with the unexpected.

There are some entertainment that I want to experience again for the first time – breaking Bad, The Who’s Quadrophenia, Black mirror Episode “San Junipero” to name a few – but none of them exceed my desire to be able to replay Breath of the Wild for the first time. While I’ve often wished for some sort of Second Quest-style fashion where the game plays out largely the same, but Hyrule is completely revamped for a renewed sense of discovery, it turns out that granting four years between parties allows you to go wrong. in this very situation. I clearly remember specific parts of Hyrule from my first play, like the nightmare of running into a Guardian for the first time or challenging a few of the towers present, but more often than not I found myself staring at a high cliff and wondering what’s at the top. This is where the magic resides that fueled my love for Breath of the Wild for four years, and I’m delighted that it still fits into a second playthrough.

Beauty at every turn

While it only takes a glimpse of a screenshot to instantly remember how mercilessly beautiful Hyrule is in Breath of the Wild, I appreciate it even more this time. For example, last night I sat in the middle of a field and watched a storm come from afar. Everything was perfect, from the way the light was obstructed by storm clouds to the pillars of falling rain in my sight. This is just one example of the pure beauty of this world. Hyrule is full of beautifully unforgettable moments, whether you’re talking about moments of leisurely exploration complemented by piano flourishes or breathtaking encounters with one of the dragons.

Of course, it is much more than the exploration and the beauty of the world that creates a unique and special experience. The Legend of Zelda: Breath of the Wild is truly greater than the sum of its parts, and isolating an individual component is insufficient to paint a picture of the game’s grandeur. Each piece works together in concert; without shrines to reward players, exploration could very well fall flat. If there weren’t for random encounters, what incentive would players have to complete shrines and regularly explore Link and his inventory? And if shrines weren’t fun, rewarding, and effective in giving you short, challenging puzzles to interrupt fighting and wandering, none of that would matter in the first place.

Breath of the Wild works because every piece is essential – yes, even breakable weapons. I generally don’t like the durability of guns in games, especially ones that give you guns as rewards for exploring and achieving landmark moments in history. Breath of the Wild does both of these things, but it works because it pushes you to keep scouring and scrounging so that you can replace the things that you have lost. Each battle should be approached tactfully in both how you engage and what you use; you’d hate wasting precious durability on a mighty sword if you didn’t have to. This puzzle of how to initiate combat, what to use, and how to find replacements is essential to the Breath of the Wild experience. 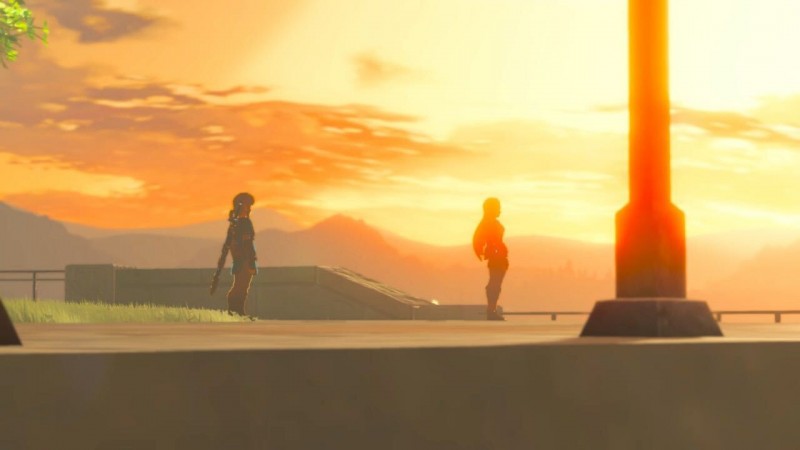 With Breath of the Wild, the journey is certainly more important than thThe destination, but the whole experience is built until the final confrontation with Ganon. Every aspect of the game is about practicing, leveling up, and preparing for your ultimate challenge, and the decisive battle is well worth it. I am take this game slowly, enjoying every little moment along the way, so I didn’t have the tense experience of storming Hyrule Castle en route to face the the most grotesque version of Ganon we’ve ever seen, but I know it’s looming. You see it haunting Hyrule Castle every time you step up a tower and get the lay of the land, an ever-present reminder of what you’re up to and the power you’re up against. But like my former colleague Kyle Hilliard written in his review, “When I finally decided I was ready to take on Ganon, it was like the culmination of a life of preparation that ended in an extremely satisfying final.” I’m avoiding this finale for now, but make no mistake, I’m definitely bracing myself every time I turn on my Switch.

Now that I’m on my way to restoring the divine beasts and killing Ganon, I look to the future. announced the sequel to Breath of the Wild. I’m used to not playing direct sequels to my all-time favorite games; I never played Majora’s Mask or Final Fantasy X-2 for more than two hours each, mainly due to how different they were from their predecessors. As nervous as I am about the potential of the sequel to drop the key elements that made me fall in love with Breath of the Wild in the first place, I’m trying to keep an open mind as Nintendo begins to announce it. what is this sequel really? ; after all, not long ago I was concerned about the difference between Breath of the Wild and the games that came before it. I can’t wait to see what director Hidemaro Fujibayashi and the rest of the crew behind the Breath of the Wild sequel can do to surprise me this time around.