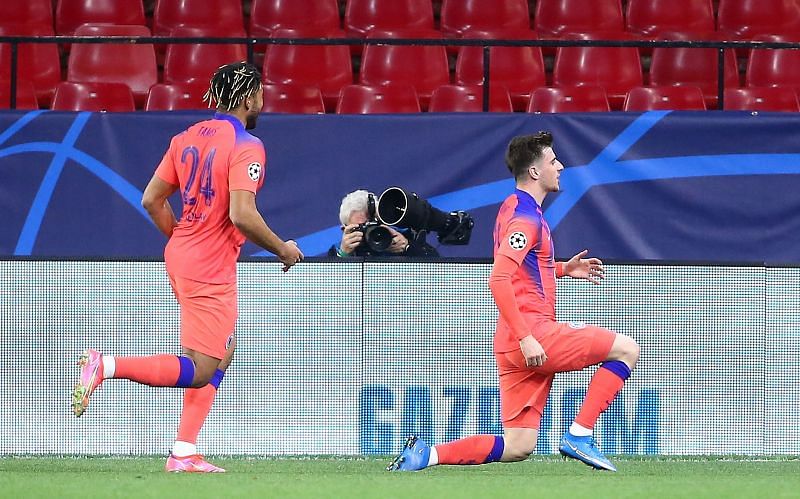 “I am really really happy [Mount] Mark, ” Tuchel said. “It was an important goal which opened the game for us and calmed the nerves. It was not an easy shot but very precise. I am very happy for Mason, he takes his responsibilities. Mason is precise in his finish and always ready to help. us. “

Mount opened the scoring for Chelsea as the Blues came under considerable pressure in the first half. Subsequently, left-back Ben Chilwell killed the match at the end of the second period after rounding the keeper to put the Blues 2-0.

“[Ben Chilwell] excellent because he kept his cool to pass the goalkeeper, “said Tuchel.” It was super important to get the second away goal. As I said, we were a bit lacking in rhythm in our attack but there was always a chance to score a goal following a mistake by our opponent. “

Chelsea are now the favorites to advance to the semi-finals after scoring two crucial away goals ahead of the second leg. If the Blues qualify, they will face either Real Madrid or Liverpool in the semi-finals.

Was ‘pretty sure’ of Chelsea reaction to West Brom loss: Thomas Tuchel

There were doubts and concerns surrounding Stamford Bridge after Chelsea fell 5-2 at home to West Bromwich Albion in the Premier League last weekend. After the game, Tuchel praised his team for their strong reaction after the loss.

“I was pretty sure [there would be a reaction to the West Brom defeat] because I saw the answer after the game in the locker room. It wasn’t a big concern, ”Tuchel said.

“We had a big loss but it was our responsibility but we accepted it. We were ready to respond. There will always be setbacks in football, the challenge is to bounce back.”

Tuchel also congratulated Chelsea’s opponent FC Porto, who he said made his team “suffer” in a few moments.

“They are a proud club and a proud team, so there were times when we suffered. But we accepted it and I could see that the circumstances are a little different in the quarterfinals. At times it was a good game, at times we suffered. But the spirit was good, “said the German.

The Blues now look to a crucial week in which they will play at Crystal Palace ahead of the Sevilla second leg and the FA Cup semi-final against Manchester City.