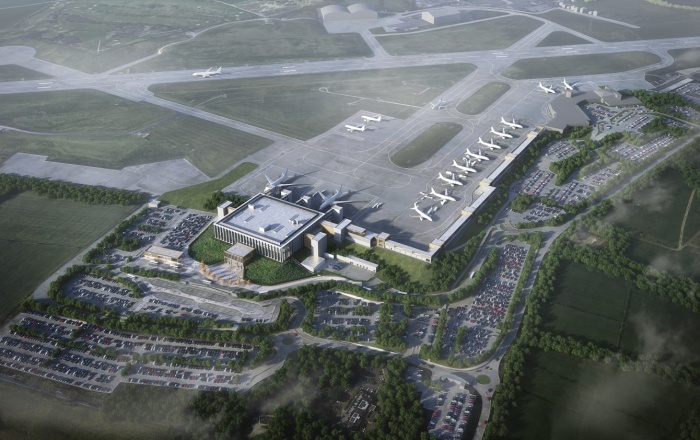 
Proposals to redevelop Leeds Bradford Airport have hit a snag after the government sought more time to evaluate the plans.

Plans to demolish existing buildings and build a new terminal were approved by Leeds City Council in February.

Objectors to the project said it would contribute to climate change.

Leeds Bradford Airport said the new terminal was not an expansion as it could already expand passenger numbers with its existing facilities.

The airport argued that the replacement building would be a more efficient and sustainable development helping it to achieve its carbon net-zero goals by 2023.

A date for a final decision has not been set.

In the interim, the ministry of housing, communities and local government has put in place an order which prevents Leeds City Council from granting planning permission without special authorisation.

A spokesman for Leeds Bradford Airport said: “We acknowledge the deadline extension and hope the secretary of state for housing, communities and local government will uphold Leeds City Council’s approval for our replacement terminal, which will deliver thousands of new jobs and support the region’s economy.”

The airport estimates the project will support 12,650 permanent jobs across the Leeds City Region, as well as creating 850 construction-related jobs.