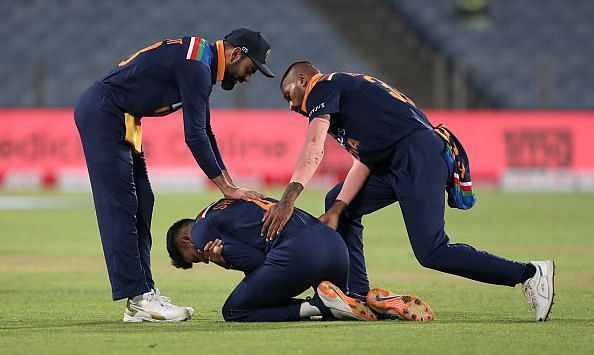 
As the Delhi Capitals prepare for their first game of IPL 2021 against the Chennai Super Kings, former captain Shreyas Iyer shared a touching message for the team and their fans.

“Dear Delhi. I am speaking to you today as a fan of the team we love. We are fighting the same fight, we always have. We know it won’t be easy, but we know we have what it takes to raise. the cup. We worked hard, harder than before. We put the yards, harder than before. And best of all, we go beyond a team. Don’t you make no mistake about it, ”said Shreyas Iyer in his touching message.

Shreyas Iyer, who led the Delhi Capitals franchise until the 2020 IPL Finals, added that he remains the biggest fan and supporter of the team who would always cheer the loudest.

“Every ball, every game, you’ll have me in your corner. Your biggest supporter, with the biggest cheer. Come on Dilli, Roar macha! Always love, Shreyas,” he said, concluding his heartfelt speech.

Shreyas Iyer was part of the Team India squad for the England series which ended last month. During the 1st ODI, Iyer dove to save a border from the start of Jonny bairstow and dislocated his shoulder in the process.

He had to undergo surgery and will stay away from cricket for the next 4-5 weeks. Iyer is expected to recover in time to be available for selection for the Indian team for the T20I World Cup.

The Delhi Capitals play their first 2021 IPL game against the Chennai Super Kings. It will be fascinating to see if the young side of DC or the seasoned veterans of CSK prevail.