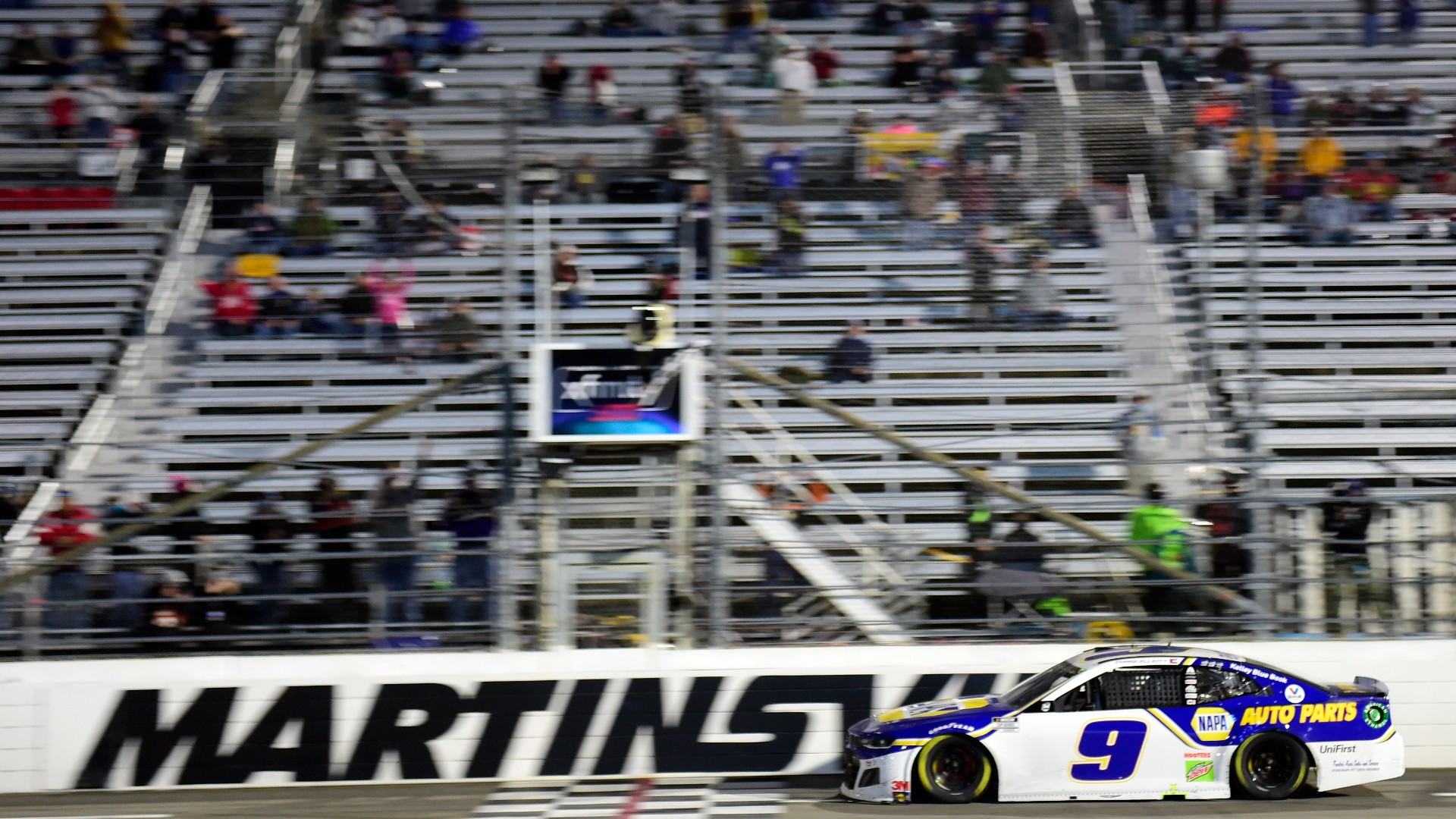 UPDATE 2: The race resumed a few minutes after 4 p.m. ET on Sunday. Follow below for the latest updates.

UPDATE: The Blue-Emu Maximum Pain Relief 500 has been postponed and will resume Sunday at 4 p.m. ET.

The Blue-Emu Maximum Pain Relief 500, the first night race of the 2021 Cup Series season, could be delayed or postponed with rain and thunderstorms possible in the forecast. The weather has already had an impact on the weekend’s schedule, as NASCAR suspended Friday night’s Xfinity Series race and announced it would be over on Sunday.

6:50 p.m .: – Denny Hamlin takes the lead from teammate Christopher Bell with 117 laps to go. Bell stayed clear of this latest warning. And right after that happens, there’s a big stack on the back as Kyle Busch and Chris Buescher collide. Warning # 14 will take some time to clean up.

Time for money stops on the pit route and it is. . . Denny Hamlin is first again, with Joey Logano second. Are we about to see Hamlin take revenge on Logano for beating him in the Bristol dirt race?

6:35 p.m. – Give it a dozen warnings as Ryan Newman takes a turn and a bunch of cars get wrecked behind him. The race resumes with 145 laps to go.

6:20 p.m. – Warnings make cautions. The # 10 comes just a few laps into the reboot. Anthony Alfredo is filming, possibly with the help of Aric Almirola.

6:15 p.m. – Attention # 9 as Kyle Busch spins. Busch says on the radio that maybe something under the car has broken. Denny Hamlin wins the off-road pit race and returns to the top of the race.

6:10 p.m. – William Byron takes the lead of Bubba Wallace on lap 316 then walks away. Byron’s lead quickly reached half a second.

6:10 p.m. – FS1’s Mike Joy was not thrilled that Cody Ware prompted another warning.

6:00 p.m. – Attention # 8, for Cody Ware’s broken car again. Denny Hamlin leads Joey Logano on yellow, but a group of drivers remain on the sidelines, including Bubba Wallace, who will lead the restart on slightly older tires.

5:50 p.m. – Denny Hamlin leads the field to the green for the start of the third leg after staying out with about half of the top 10. Ryan Blaney falls to 11th after a nose dive. And now there’s Warning # 7 for Justin Haley cutting a left rear tire.

5:45 p.m. – RYAN BLANEY WINS SCENE 2. But the end of the stage was very interesting; Denny Hamlin tried to push Blaney back a few yards from the line. Let’s see if there is a repeat of this at the end of the third 240-lap closing stage. The rest of the top 10 of the stage: Martin Truex Jr., Alex Bowman, Chase Elliott, Brad Keselowski, William Byron, Tyler Reddick, Kyle Busch, Kurt Busch.

5:30 p.m. – Blaney wins the race out of the pits and keeps the lead for the restart. Joey Logano is sent to the rear for speeding on the pit road.

5:00 p.m. – New leader: Denny Hamlin passes Ryan Blaney at the start of stage 2 and opens a lead of around eight tenths of a second.

4:50 p.m. – Step 2 is in progress. Kyle Busch placed seventh with a quick pit stop between stages.

4:15 p.m. – Erik Jones flicks Kurt Busch and spins him around, but the rest of the pitch manages to avoid crashing into him.

10:10 p.m. – The trail drying efforts continue, but there could be more showers on the way.

9:25 p.m. – And there is the green flag. Cross those fingers so that there is no more rain.

7:05 p.m. – It appears that the initial start-up time of the Blue-Emu Maximum Pain Relief 500 has been postponed.