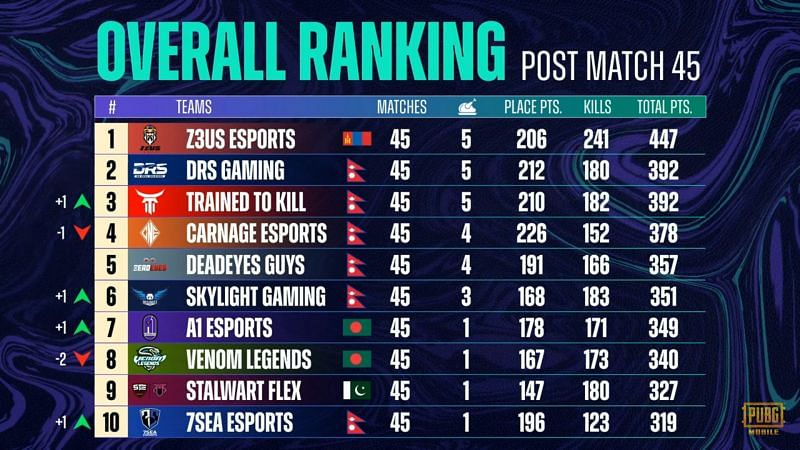 The top 16 teams qualified for the finals scheduled for April 15-18. XB Blood Legion and INES, the champion and finalist of PMCO Bangladesh, as well as SEAL Nine, finalist of PMCO SA Wildcard, were eliminated from the tournament.

Future Station, the guest team from Bangladesh, also failed to advance to the final.

The first game, played on the classic Erangel map, was won by Carnage Esports with 18 eliminations, followed by 7Sea Esports with six eliminations. Zeus was knocked out early but managed to win 12 kills.

Carnage Esports won the second game, played on the Miramar Desert map, with 10 kills. It was followed by Skylight Gaming with 11 kills.

The third match, played again on Erangel, was won by Zeus Esports with 20 kills, where Godless single-handedly took out seven enemies. They were followed by Trained to Kill with 10 eliminations.

PN Crew emerged victorious in Game 4 on Sanhok with 11 kills, followed by Skylight and 7 Sea Esports with four and five kills.

The fifth and final game, played on Erangel, was claimed by Trained to Kill with 13 kills, followed by A1Esports with nine kills. 7Sea Esports took third place with two kills.