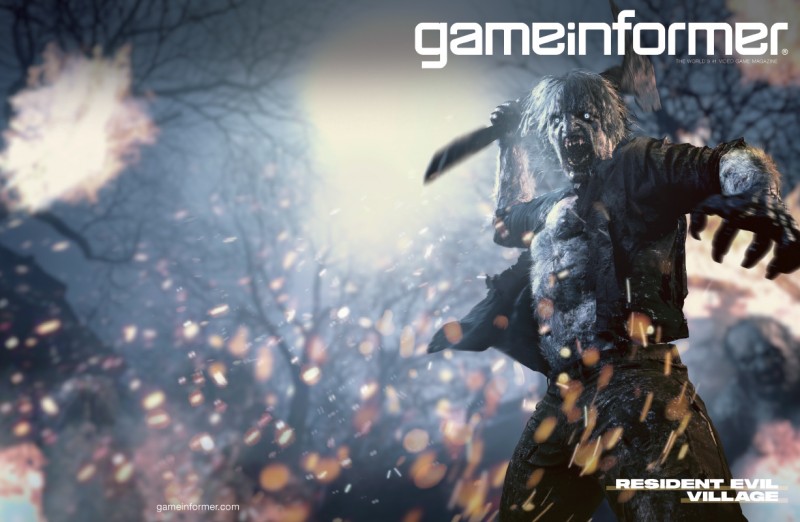 Resident Evil is one of the oldest horror franchises in the business, but it hasn’t survived that long without a change. With Resident Evil 7: Biohazard, Capcom presented the series in the first person. For follow-up, Capcom continues to explore the first-person action, but the development team also takes some clues from the beloved one. Resident Evil 4 to create a more action-packed experience.

Horror fans shouldn’t worry, however, as Resident Evil Village stays true to its horror roots, and the new werewolf-inspired Lycans are set to execute Ethan to shreds. For this month’s coverage, we spoke with Capcom about these new enemies, the titular town of Village, and how the team has improved combat. We’ve also gotten an exclusive look at some of Ethan’s gear and come with a full description of how players can upgrade their weapons or hunt for food to create permanent health buffs. Stay tuned throughout the month for a handful of additional stories about Resident Evil Village, including an exclusive gameplay video outlining its upgrade systems.

Resident Evil Village isn’t the only reason to read this issue. We spend eight pages looking at the best games currently available on Switch, and then put together some of the new TVs for use with a PlayStation 5 or Xbox Series X / S. For those who want some humor, our irreverent annual mailing. industry returns in our parody magazine Game infaricator. Brian Shea also received a new demo of the upcoming Nintendo New Pokémon Snap game and offered his impressions of this unique photographic simulation. Meanwhile, Liana Ruppert spoke with the team at Obsidian Entertainment for a behind-the-scenes look at how the studio created The Outer World’s latest DLC batch, Murder on Eridanos.

Finally, Kimberley Wallace takes a deep dive into Supergiant Games, the independent studio behind hits like Bastion and Underworld. Supergiant has offered so much great content that we actually couldn’t fit it all into this one issue, so we’ll be expanding our website coverage over the next few weeks, starting on Friday the 16th with the story behind Bastion.

Print subscribers can expect their issues to start rolling in in the days / weeks to come. The digital edition of this issue will launch later today for PC / Mac, ios, and google play. You can also get the latest issue through third-party apps on Corner and Light up. To subscribe to the digital or print version, click on here.