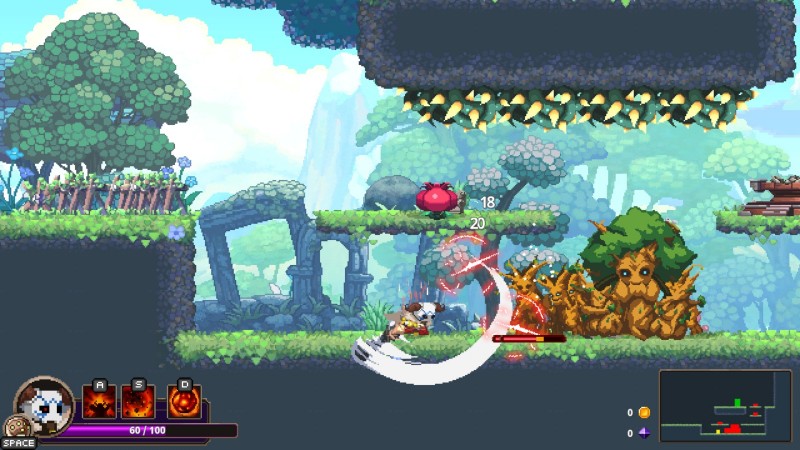 Nintendo’s Indie World showcase may have only lasted 20 minutes, but the House of Mario has filled a ton of announcements in that time. We have seen the revelations of Oxenfree II and OllieOllie World, has a new trailer for TMNT: Shredder’s Revenge, learned that Konami has a new action game in the works, and were surprised to learn that the critically acclaimed Fez is coming to Switch today. But if you missed the showcase, we’ve rounded up the remaining big announcements and trailers in one convenient place to make sure you don’t miss out on some promising titles launching on Switch (and, in some cases, other platforms. ). year.

This story-based, procedurally generated adventure game centers around a teenager who meets another youngster as he embarks on a roadtrip through the mountains while being chased. Questions such as your goal, who is chasing you, who you meet and how they will help you depend on your choices and the route you decide to take; literally and figuratively. Look for Road 96 on Switch and PC later this year.

We featured this stylish automatic racer in our list of upcoming games featuring POC characters, and we’ve learned that it’s coming to Switch and PC on May 19. The game takes place in a futuristic version of Detroit where players will run, jump and slide to the beat of local and international hip hop artists in a bid to save the future. If you think this looks awesome, you can try it out via a playable demo which will be available on the eShop later today.

This narrative adventure features three distinct protagonists whose worlds collide thanks to a supernatural crisis unfolding in their London home. Last Stop comes from Annapurna Interactive and is presented as an anthology drama with three stories in one. Uncover the mystery of Switch and PC later in July.

Another Annapurna joint, Hindsight seems to focus on a woman’s memories as she struggles with what times are worth remembering and what to forget. Retrospective is coming to Switch later this year.

The Longing is a dark and unique adventure game launched on Steam last March. Players control a minion who must wait 400 actual days for him to wake up. The game clock ticks even when you’re not playing, and it’s up to you what to do (or not to do) while you wait. The Longing will be available on Switch later today.

There is no play: wrong dimension

This bizarre title was a big hit on PC last year, and Switch owners now have a chance to bask in its weirdness. What is this game, exactly? Let’s just say the less you can get in, the more fun you’ll have. Or you can watch the trailer above to get a feel for it, I guess. The best part is that there is no game available on the eShop today!

We were looking forHold on long for this gorgeous time-bending RPG, and now we finally know July 20 is coming to Switch, as well as PS5, Xbox Series X / S, PS4, Xbox One, and PC. Check out the new trailer above.

This unique action game features a futuristic take on Mesoamerica and stars Ashley, a warrior who sports a giant robotic fist. She will need such a heavy hand to fight against gigantic gods. The fist can be upgraded and is also used to explore large levels via a parkour style traverse. The techno-scented version of Aztec culture looks great and it’s not something you see very often (if ever). We can’t wait to see how that plays out this fall for Switch, as well as for PS5, Xbox Series X, PS4, Xbox One, and PC.

After launching on PC in January, this action-packed 2D rogue-lite is setting its sights on a Switch version. Look for the game to arrive this summer.

House of the Dead: remake

Revisit the 1996 arcade classic remade with refined graphics and improved and modernized shooter gameplay. Up to two players can mow hordes of zombies together when he arrives later this year.

Which game impressed you the most in today’s showcase? Let us know in the comments!