The vaccines are on their way. So far they seem so effective that Dr Anthony Fauci even thinks we might have crowded stadiums return in summer 2021.

It also means that more and more employers will start to reopen their offices – and we’ll see how loyal the WFH remains.

To have an eye on the future of work, Future Forum by Slackconducted a three-month survey of over 9,000 knowledge workers or skilled office workers around the world, which they used to build their Remote Employee Experience Index. Future Forum by Slack donated Fortune Exclusive Analytics access to this raw data. *

Here is what we found.

The numbers to know

Some points to remember

1. Older workers prefer WFH the most.

It’s not the 90s: older workers are very good at digital communication. And those employees aged 55 to 64 are the most likely to say they’d rather never work in the office, with 17% of them indicating it.

Only 11% of workers aged 25 to 44 say the same thing. What can be the reason? As I have already pointed out, younger employees find it most difficult to be productive when working from home. Some find it difficult because they are still learning the tricks of their industry or their job. This age group includes many parents – a group that struggles to balance WFH and child care. 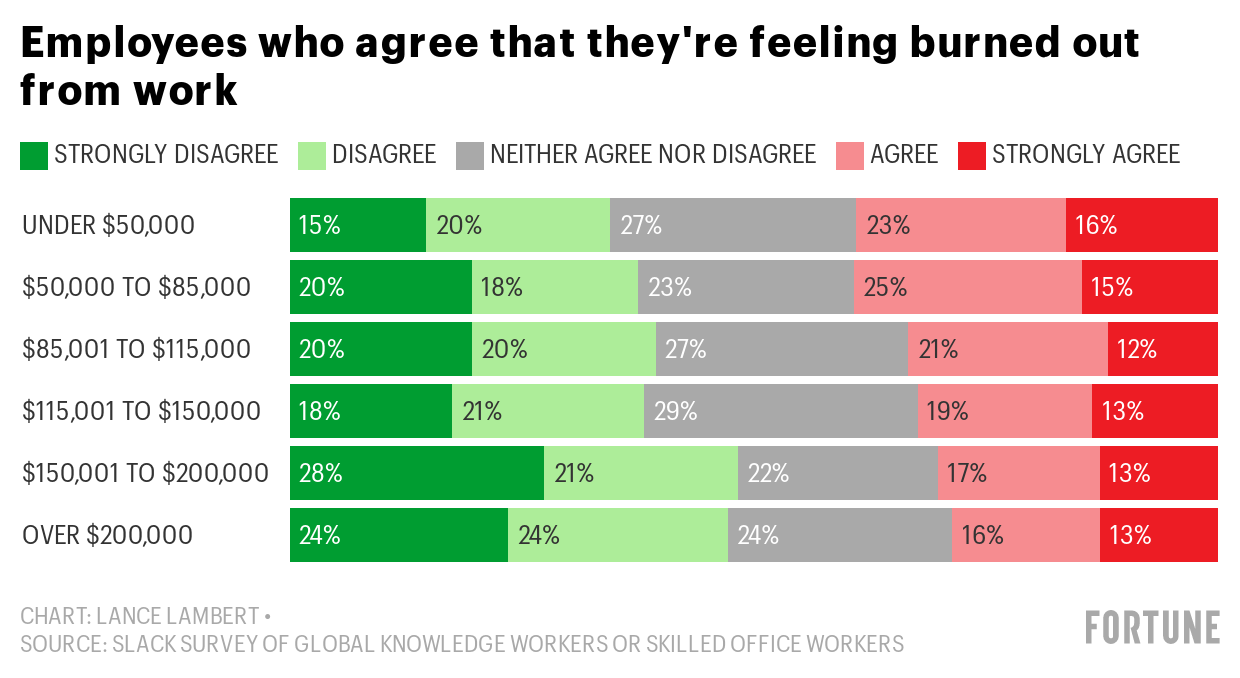 In April alone, over 20 million Americans have been laid off. Smaller staff means those lucky enough to escape the pink slips are urged to do more. That, coupled with disruptions in one’s personal life, is a perfect recipe for burnout. In all, 33% of workers say they are exhausted.

Lower paid workers are more likely to see their jobs cut during the crisis. This means that many of these lowly earners are working very hard to keep businesses from going out of business and getting burned out faster.

* Methodology: The Slack Work Tracking survey was conducted from May 30 to August 11 with an audience of over 9,000 “knowledge workers” or “skilled office workers” in Australia, France, Germany, Japan, UK and USA.