Battle.net has undergone a major overhaul for the first time in 8 years 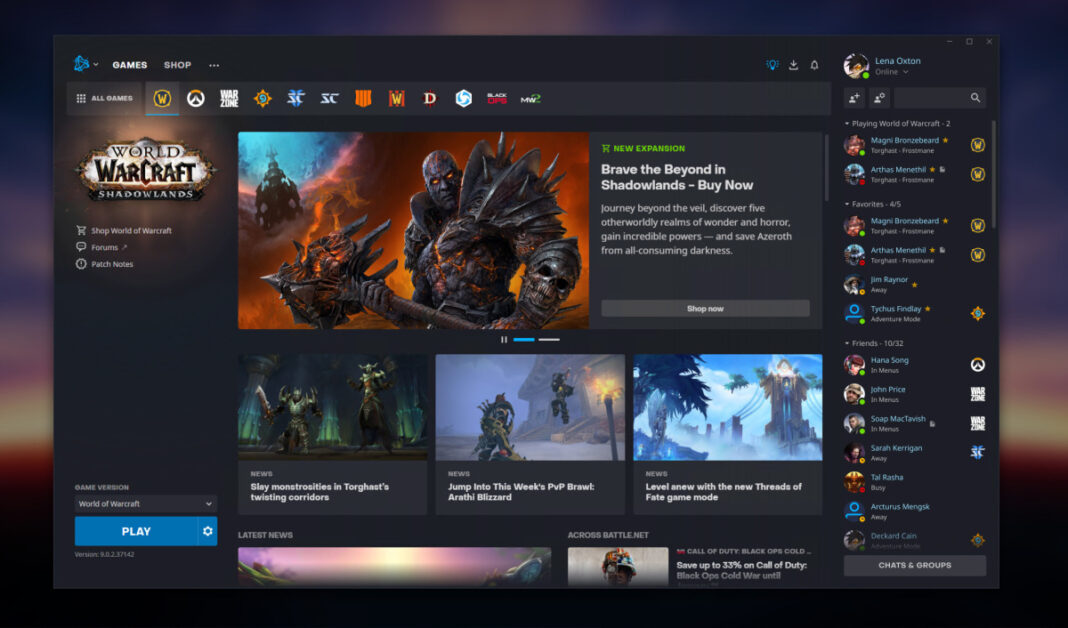 Blizzard has given its game launcher, Battle.Net, a new visual design, marking its first major overhaul in eight years. It’s now available to select gamers in North America and will roll out gradually to other users over the next few weeks.The new design repositioning games from the left sidebar to a row of icons at the top of the window, allowing more space to be occupied by the game page, which presents the latest news and updates on the title concerned. Friends and the Social Bar have also been permanently attached to the right side of the window, rather than being a separate app that opens like Steam’s Friends List.

Have you played World of Warcraft: Shadowlands?

As previously stated, the redesign is currently only available to certain users in North America. Other territories will receive the new launcher in the coming weeks. If you’re in North America and haven’t received the update, you can choose to use the beta in the Battle.net settings menu.Battle.net is of course the birthplace of the Blizzard gaming stable, and will one day be updated with Overwatch 2, which will be at BlizzCon in February. We also hope to see more on Diablo 4 and its new features, too.