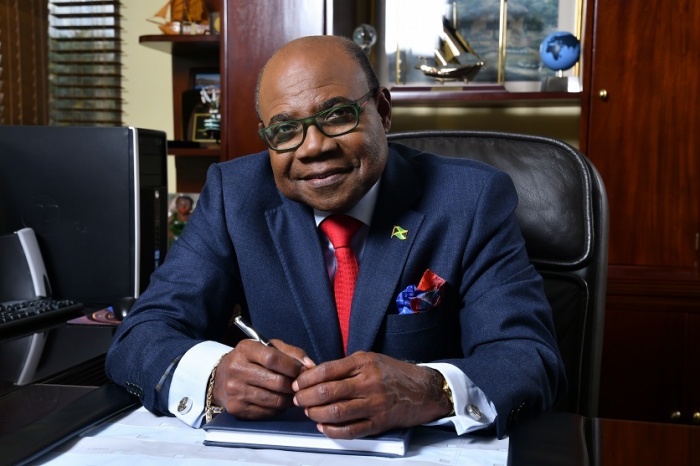 Jamaica minister of tourism, Edmund Bartlett, examines the economic impact of the pandemic on the hospitality sector and the social toll taken on tourism-dependent nations

According to figure from the United Nations World Tourism Organisation, over the past several decades, tourism has experienced continuous growth and diversification to become one of the fastest growing economic sectors in the world.

The number of destinations earning US$1 billion or more from international tourism had also doubled since 1998.

Based on an analysis of 185 countries in 2019, it was found that international tourism generated 330 million jobs; equivalent to one in ten jobs globally – or a quarter of all new jobs created within the previous five years.

For many years, tourism has also been the lifeline of many small, undiversified island economies located in the Caribbean, the Pacific, the Atlantic, and the Indian Ocean.

For some of these economies, tourism accounts for as much as 80 per cent of exports and up to 48 per cent of direct employment.

While the contribution of tourism to the global economy and development is unquestionable, it is a well-established fact that the evolution of the sector has been paradoxical.

On the one hand, tourism is one of the most resilient segments of the global economy.

On the other hand, it also happens to be one of the most susceptible to shocks.

The tourism sector has been once again pushed to its limits by the global impact of the novel coronavirus pandemic that has grappled the world since March.

The Covid-19 pandemic has been described by many experts and analysts as the worst economic disaster since the Great Depression of 1929.

It has caused sharp, simultaneous and indefinite disruptions to both demand and supply chains in hyper-connected global economy.

The pandemic is expected to plunge most countries into recession in 2020, with per capita income contracting in the largest fraction of countries globally since 1870, according to the World Bank.

The global economy has also been projected to shrink between five to eight per cent in 2020.

Impact of pandemic on travel and tourism

For obvious reasons, travel and tourism have been disproportionately impacted by the socio-economic fallout from the pandemic.

Before the pandemic, the volume and speed of international travel had reached historic levels.

Historically, travel has been a potent force in the transmission of diseases since the migration of humans has been the pathway for disseminating infectious diseases throughout recorded history and will continue to shape the emergence, frequency, and spread of infections in geographic areas and populations.

The increased numbers of travellers and their spatial mobility have reduced geographic barriers for microbes and heightened the potential for the spread of infectious diseases that can negatively affect the tourism sector.

History has also shown that epidemics and pandemics have an immediate impact on hotels, restaurants and airlines due to the imposition of international travel restrictions, alarmism propelled by the media and domestic controls introduced by governments.

A 2008 report by the World Bank warned that a global pandemic that lasts a year could trigger a major global recession.

It argued that the economic losses would come not from sickness or death but from efforts to avoid infection such as reducing air travel, avoiding travel to infected destinations and reducing consumption of services such as restaurant dining, tourism, mass transport, and nonessential retail shopping.

These predictions have become self-evident in the context of the current pandemic.

The global pandemic, the first of its scale in a new era of interconnectedness, has placed, at risk, 121.1 million jobs in travel and tourism for the baseline scenario and 197.5 million for the downside scenario (WTTC).

Globally, the pandemic will likely result in a contraction of the tourism sector by 20 to 30 per cent in 2020.

Tourism receipts worldwide are not projected to return to 2019 levels until 2023 as tourist arrivals have fallen globally by more than 65 per cent since the pandemic compared with eight per cent during the global financial crisis and 17 per cent amid the SARS epidemic of 2003 (IMF, 2020).

While many economic sectors are expected to recover once restrictive measures are lifted, the pandemic will probably have a longer lasting effect on international tourism.

This is largely due to reduced consumer confidence and the likelihood of longer restrictions on the international movement of people.

Evidently, a healthy, expansionary tourism industry is critical to the overall recovery of the global economy.

It is for this reason why workers in travel and tourism, perhaps second only to essential workers as well as persons in vulnerable age and health categories, should be considered a priority for the administering of the Pfizer/BioNtech vaccine when it becomes publicly available.

The vaccine has had a 95 per cent effectiveness rate in trials and over 25 million vaccinations are expected to be administered by the end of the year.

The call to consider the sector a priority for early vaccination against Covid-19 is based on the fact that international tourism has already reached the status of “too big to fail” considering its enormous socio-economic impact.

It is therefore imperative that the sector survives during and beyond the current crisis so that it can continue to fulfil its vital role as a significant catalyst of global economic recovery and growth.

Indeed, travel and tourism will be the key sector in driving the recovery of the global economy post Covid-19 by generating new jobs, government revenues, foreign exchange, supporting local economic development and forging vital linkages with other sectors that will produce a positive domino effect on suppliers across the entire supply chain.

Currently, over 100 million jobs are at risk, many being micro, small, and medium-sized enterprises that employ a high share of women, who represent 54 per cent of the tourism workforce, according to the United Nations World Tourism Organisation.

Tourism is also critical for accelerating community development as it engages local populations in its development, giving them the opportunity to prosper in their place of origin.

Overall, the benefits of travel and tourism extend far beyond its direct impacts in terms of GDP and employment; there are also indirect benefits through supply chain linkages to other sectors as well as its induced impacts (WTTC, 2020).

It is quite evident therefore that the prolonged downturn and slow recovery of the sector will mean indefinite hardship and economic stagnation for many economies globally and potentially billions of people.

This provides a compelling basis to consider the sector for early vaccination against Covid-19.

The event will take place on January 27th, with more information on the official website.