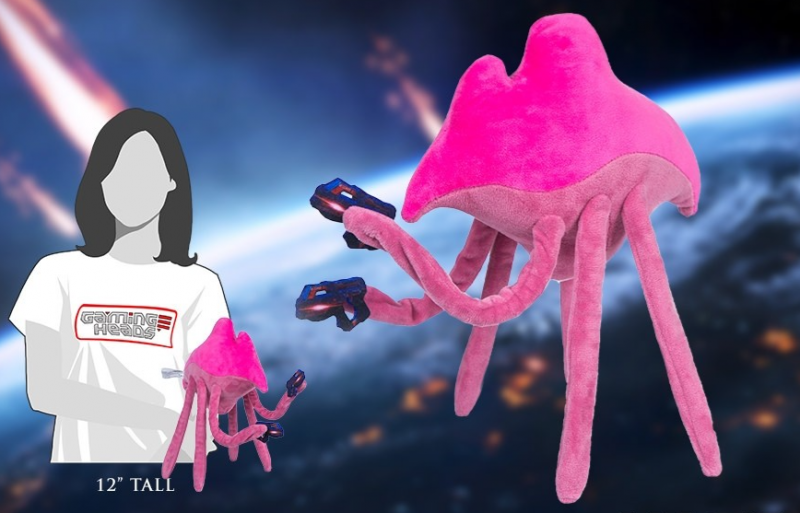 With the Mass Effect Legendary Edition on the horizon, I finally have the excuse to talk about one of my favorite franchises. as much as I want. For this reason, I have no shame in sharing the latest plush available from Gaming Heads, a plush that will adorably make Mass Effect fans scream “Enkindle this!”

Blasto, in the world of Mass Effect, is a fictional character who is part of a plethora of in-game movies throughout the franchise. Blasto was also the “first Hanar Specter” and played a hilarious role in the Citadel DLC of the third game. Is he the best actor in the universe? No, not even close, but damn he’s the best in our hearts.

Now you can cuddle the action hero however you like, because Gaming Heads offers an adorable Blasto plush toy. Even better? It has the cutest and smallest carnifex pistols in its movable tentacles. What more could you want?

You can see this cute little Mass Effect collector’s item in action with the video below:

This cuddly little Blasto is out now and is 12 inches tall, 10 inches long, and weighs only half a pound! The weight of the celebrity is enormous, but not enough to reach a kilo.

For those interested, the Mass Effect Blasto plush is available here for $ 29.99!

Thoughts on the adorable little Blasto soft toy from the Mass Effect series? Have you already checked out the rest of the Mass Effect range from this company (you definitely should)? Hear these hot N7-inspired takes in the comment section below! You can also keep up to date with all the latest and greatest news regarding the Legendary Edition of Mass Effect with our game hub here.