How to get started in the Nordic survival game Valheim 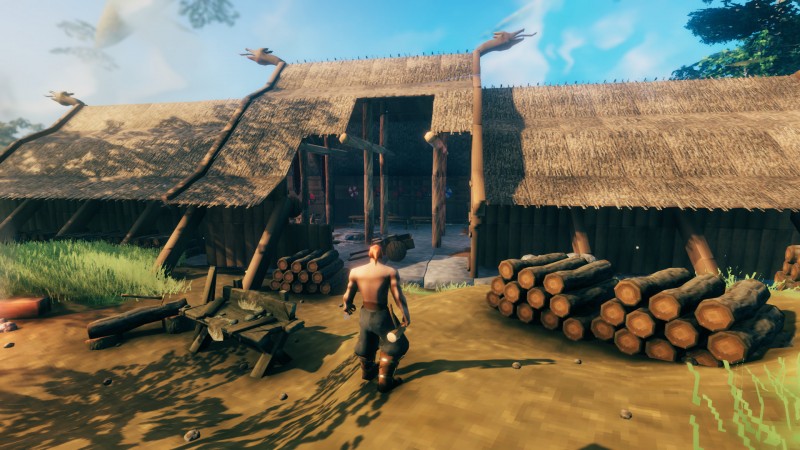 Valheim has been making waves in the sea of ​​survival games since launching in Early Access on PC earlier this week. The combination of Norse mythology and brutal endurance is a natural fit for the genre. Survival games have emerged as a major player on the scene over the past decade, with an endless series of offerings in various early access and release states, enabling players to battle the elements, hunger, thirst and even massive monsters. Of course, this begs the question: how do you start in a world that is actively trying to kill you? Ask any budding warrior and they’ll tell you about their terrifying first night, huddled in the cold trying to survive against a tide of evil dwarves and skeletons. Don’t be afraid, Ragnar. We have your starter survival guide here for pushing back the night.

First off, it’s important to note that you can (and probably should) tackle the dangers of Valheim with friends. You can play with up to 10 people in a single match, and incorporating more newbie Vikings into the mix dramatically improves your efficiency and survivability. Getting a party that enjoys a mix of tasks is a big advantage, dividing up and conquering activities like building your farm, exploring underground dungeons, and collecting essential materials. But we’re getting a little ahead of the game here. When you start Valheim, you’ve unceremoniously stumbled upon a small patch of forest in the Meadows biome where you get a taste of what your future holds. Here on a magical altar, you can see runestones representing the different gods you will face in the game.

Your first major mission is to summon and destroy Eikthyrnir, a giant deer demigod. Yes. A deer. It doesn’t sound too scary, right? Well, we’ll get to that later. You’re cold, it’s wet, and you’re wearing ragged pants. It’s time to get down to business! Your first night will fall quickly, and like other survival games, Valheim’s evenings are much more dangerous than days, and having shelter is important. The first thing to do is to start drilling trees. No, it’s not Minecraft, but you’re going to need some wood! Don’t try to chop down the massive trees yet, start with the small bushes and find some rocks lying around. Using rocks and wood, craft yourself a makeshift ax. With this you can chop down the bigger trees and start collecting huge amounts of wood. You will need it.

You may have noticed that when you run, cut and fabricate, your skills increase. Valheim uses a skill-based progression system that rewards you with the skill to do things. Block with a shield, stab with a knife, swim, jump, whatever. You get bigger and better at doing the things you love! Having said that, there are issues and risks here. When you die, you might lose skill points, so it’s best to value your life as much as possible. Plus, you drop everything (including your equipped weapons and armor) when you die. You will have to participate in the dreaded “race of corpses” to collect your belongings, so especially early, try to die near you.

But we don’t even have a house yet! Let’s fix that. Use the massive amounts of wood you collected to set up a crafting bench and build a makeshift house around it. It will need a roof and a door, and you need to make sure you build it around the bench, as you won’t be able to use the bench unless it’s properly located in a shelter. Once your bench is in place you are in good shape and it is probably already dark. Make a campfire and a bed and go to sleep. You can spend daytime time as long as all players in the game are in bed. If you are alone you don’t have to worry here, but if you are playing with friends it is important to communicate that it is bedtime. They will each need a bed, which also serves as a binding point where you will respawn on death. As you continue to explore the world of Valheim and push your limits, it may be up to you to build bases further and further from the safety of the Meadows.

Cooking and crafting your way to victory

As you continue, the next thing you need to do is place a cooking grate over your campfire. This allows you to cook meat. Food is extremely important in Valheim. Not only does food heal you, it also increases your maximum health and grants other benefits. Until now, you probably only ate peeled berries from nearby bushes. It’s time to make a real meal. Go outside and kill some wild boars! You can use your fists, make a fragile club, or even use your ax for this task.

Wild boars are everywhere in the meadows and make good meals. They also drop your first major resource, leather scraps. With pieces of leather, we can make a multitude of useful treats at the crafting table, including a shield and a bow. You want to prioritize bow crafting, but I can’t stress enough how good the shields and blocking is in Valheim. Many enemies can kill you with just a few hits, even with good food in your system, and blocking can prevent much or all of the damage from a timed swing. It takes some getting used to, but practice using your shield, it will pay off.

Once you have a bow, arrows are easy to craft with wood, so get yourself a nice 50-100 stack. It is important to note that you can repair some or all of your gear at your stations. craftsmanship in Valheim without any resources. cost, so take advantage of it to get the most out of your weapons, armor, and tools. With your bow made, it’s time to explore a little further from home. Try to find water sources nearby. What you’re looking for in rivers is flint, which you can find along the water’s edge and even indoors. Pick up as much as possible as you explore. During this time, you should also use the bow to take on an enemy who may have slipped out of your fists and clubs. The mighty stag. 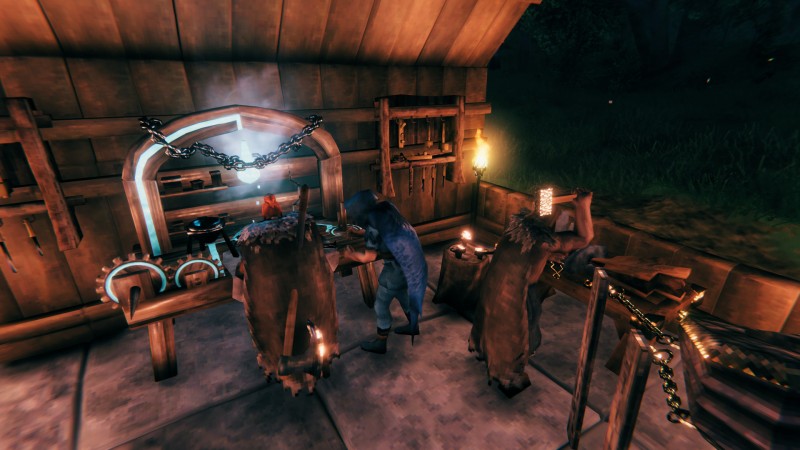 Deer are everywhere in the prairies and offer different crafting materials than wild boars, and can be used to craft top-tier leather gear like helmets. Deer are incredibly nervous and are difficult to hunt and kill with melee weapons. However, your bow is perfect for shooting them at long range. Try to be quiet in your approach, aim and shot, and keep a great distance between yourself and the target, as they are quite insightful and will flee at the first sign of your presence. In addition to the great early game drop tables provided by the deer, you need to find a deer trophy. With it you can summon the game’s first boss, Eikthyrnir. The giant enemies and divine rank enemies in Valheim are a stunning contrast to the pastoral fare you’ve taken so far, so be sure to prepare well for the Battle of Eikthyrnir.

You’re going to need a flint spear, a shield, a bow with lots of arrows, and the best armor you can make. You also want to eat the best meal you can prepare. At this point in the game, it will likely be a cooked neck (lizard), cooked meat (wild boar / deer), and any other raspberries / blueberries you have dragged or mushroom. With all of that in hand, it’s time to take on your first real challenge. Head to the Altar of Eikthyrnir (which should be marked on your map if you clicked on the first runestone where you landed to start the game) and place the trophy on the altar. Good luck!

After defeating Eikthyrnir, you’ll be able to craft new tools forged from his antlers that will help you tackle the next great biome, the Black Forest. The Black Forest is much bigger and much tougher than the Meadows, and will send you deep into underground dungeons and place you face to face with undead attackers and giant trolls as you begin to learn the wonders of the cast iron and forge.

This is just the start of Valheim as Early Access continues to roll out new features, and we can’t wait to see what comes next as we attempt to survive and thrive in these dangerous Nordic countries.