I hate Bungie for making me love the Raven in Destiny 2: Season Of The Chosen 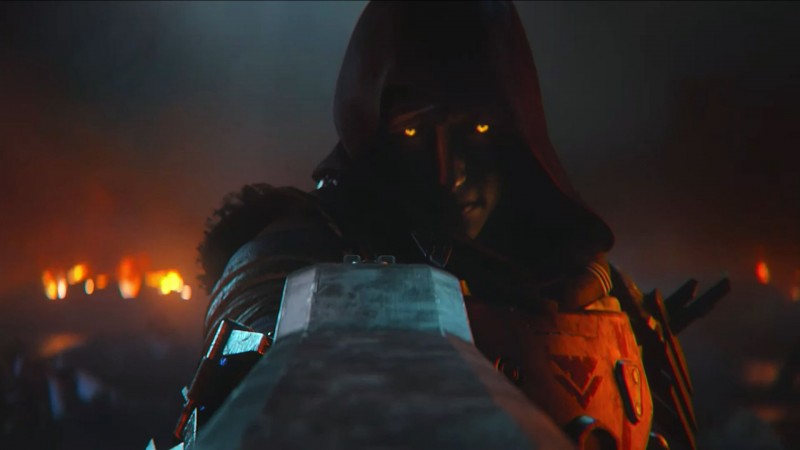 Bungie made us despise Uldren Sov in the Destiny 2: Forsaken expansion but Beyond Light and Season of the Chosen makes it really hard to hate his reincarnation as The Crow. As a big Cayde-6 fan shed real tears during her murderI’m in this conflicted place where I love my time in Destiny 2 but hate that Bungie made me feel anything but contempt for this character, even though he’s no longer Uldren.

Before we get into the confused, emotional world that is Destiny 2, let’s dive into the history of those who may be a little behind.

The road to here

Uldren Sov was one of the first awakens and the unbelievably loyal brother of Queen of the Reef, Mara Sov. He served as the ruler of the ravens, the reef master spy, and was a diligent force against any threat that posed danger to his queen and her people. A difficult relationship with his sister aside, Uldren’s distaste for the Guardians turned into a volatile hatred after Mara’s apparent death.

He spent years trying to find her, convinced in his mind that she might still be alive. Instead, he was violently manipulated by Riven with the face of his late sister to create contempt. In his attempt to reopen the Dreaming City, he murdered Cayde-6 and, in turn, was murdered by Petra and the Young Wolf. But that was not the end …

A wandering ghost fell on the corpse and resurrected it as a lightbringer. Without his memories of Uldren, including the acts of his previous incarnation against Cayde, he quickly learned that his face was unwelcome and adopted new clothes to hide who he was with the help of The Spider in. the Tangled Shore. The Spider, the manipulator that he is, laughed at him and called him The Crow, and engaged him in bondage to pay his debt of salvation. The lone wolf helped him pay off this debt and he in turn became a guardian himself. The story so far suggests that his reveal to Zavala and Ikora may be imminent. He can only hide his face for so long.

The moment everything changed

When I first played the Forsaken expansion, I felt like this was the change players were waiting for to mark a turning point for Bungie in a post-Activision world. For me, this story brought a breath of fresh air to online play, just like the Taken King expansion did for the first game. I remember seeing Cayde-6 lying on the ground, knowing that he had been defeated. Bungie was very clear that he was going to die in the pre-release trailers, but I always found myself hoping and pray that he would survive or come back somehow. What I got was a lot of tears and an overly emotional ending to this particular story. With each expansion and season that followed, I kept that hope that we would see him again. Instead, we have Uldren. But that’s not really Uldren, is it?

How is The Crow not Uldren?

While Uldren’s body was resurrected by a ghost named Pulled Pork, who is truly adorable – and later renamed Glint – it’s important to remember that Crow is do not Uldren more. Uldren is dead. During his resurrection and evolution into a Guardian, all of his memories were completely erased, effectively changing everything that made Uldren himself. His personality shaped by his relationship with Mara? Faded away. His philosophies concerning the Light? Faded away. His prejudices, his fears, his hopes, his goals, his leadership of contempt? All gone. It could get philosophical very quickly, but we are more than our bodies. He ceased to be Uldren the moment Ghost erased everything that made him a person. Who he becomes is still pending, but who he is now is just heartbreaking.

This split between the two characters being part of the same body is what makes this arc so incredibly interesting. We’re used to seeing Uldren in a wicked role, a role he played so well, only for stripping everything of him to have a chance at something new; redemption. Despite being the same voice, same body, same manners, Uldren and The Crow are do not the same person, and that’s what makes this whole themed arc so powerful and expert.

I don’t cry, you cry

There’s a point during a quest for him where you come across alternate dorms for The Crow and it becomes a silent conversation between him and the player. The bedroom is sparse with an inexpensive sleeping bag for a bed and little keepsakes to call your own. This is where The Crow states he needed that place away from Spider and it’s not much, but it is his. This is also another occasion where he recognizes that he must remain hidden from public view because anyone he meets despises Uldren’s actions. It’s honestly heartbreaking, and I didn’t expect to feel so deeply for him when I hated Uldren with everything I had. 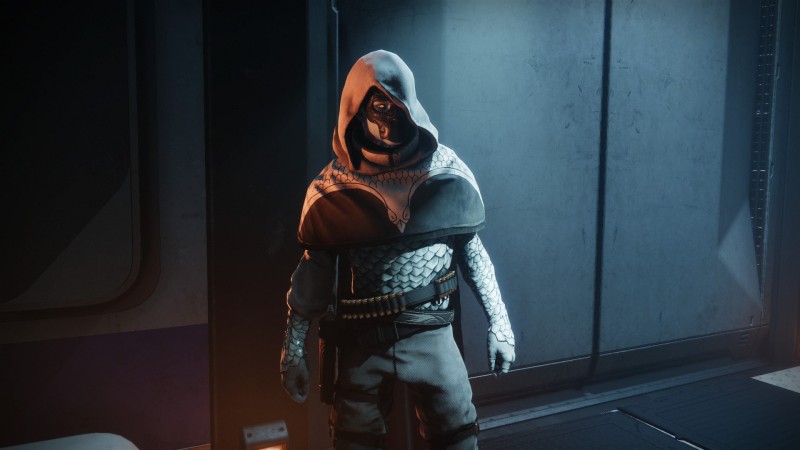 I’m not sure if I’m just overly sensitive, but I remember those times in high school or social events where some people have already decided they hated me without knowing me. Whether it’s due to rumors or just click goodness doesn’t really matter, I just remember feeling this deep-rooted desolation and sadness of having my whole character, as a person, erased because of misconceptions. It hurt, and I didn’t even kill anyone like Uldren did. Projecting my own problems onto video game characters is nothing new to me; I love immersing myself in a story where this becomes my reality for a few hours, so seeing this screening with The Crow didn’t surprise me. But his voice actor (Brandon O’Neil) did a phenomenal job of portraying the silent acceptance of his new reality, the acceptance of past acts he doesn’t even remember, and the acceptance of the future to come.

Uldren’s arc was interesting in itself with its descent into the world-changing rage and sorrow, but its ascension into a person free from expectations, free from family ties, free from a life steeped in lies and sorrow. subterfuge is equally appealing. While I knew I was going to be interested in how Bungie was going to rotate this character in the eyes of so many people who loved Cayde, both in-game and outside, I didn’t expect this. that creeping love grows with regard to who he could be. I have to hand it over to Bungie; killing Cayde was a risky move and one that many, at the time, heralded as the “last nail in the coffin” for the sequel. Seeing those comments and doing it anyway, Bungie made a bet that increased tenfold. Can’t wait to see what else they do and how The Crow evolves, even if that means make Papa Zavala incredibly angry.