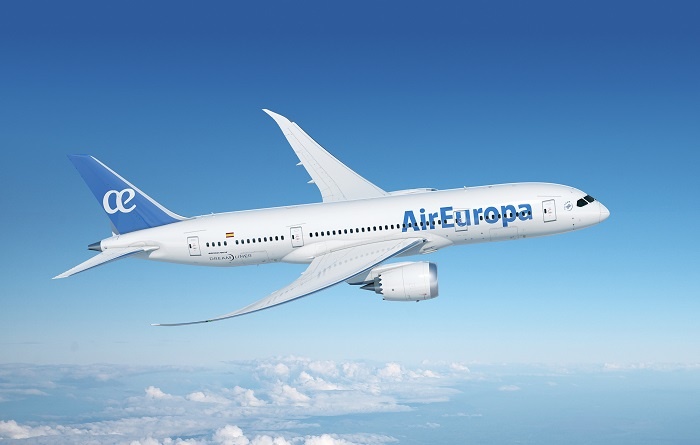 Having initially signed to pay €1 billion for the carrier in November 2019, the European aviation giant has now approved a deal valued at €500 million.

The payment will also be deferred until the sixth anniversary of the completion of the deal, as IAG and the global airline market battle back from the Covid-19 shutdown.

IAG will complete the deal through subsidiary Iberia.

Luis Gallego, IAG chief executive, said: “Both Iberia and IAG are demonstrating their resilience to face the deepest crisis in aviation’s history.

“Being part of a large group is the best guarantee to overcome current market challenges which will also benefit Air Europa once the transaction is completed.

“I am pleased that we have reached agreement with Globalia to defer payment until well into the expected recovery in air travel following the end of the pandemic and when we expect to be realising significant synergies resulting from the transaction.”

IAG added the revised terms in the agreement are conditional on the satisfactory negotiation between Iberia and Sociedad Estatal de Participaciones Industriales (SEPI) regarding the non-financial terms associated with the financial support provided the organisation to Air Europa last year.

It is hoped the deal can be completed in the second half of 2021.

IAG said it hoped the deal would increase the importance of its hub in Madrid, allowing it to compete with rivals Amsterdam, Frankfurt and Paris Charles de Gaulle.

Javier Hidalgo, Globalia chief executive, said: “This transaction is a great effort by all of us and is the best way to recover tourism, transport in Spain and the Madrid hub.”

The gross assets of Air Europa in December 2019 were €967 million, though this may have fallen during a year of economic turmoil for the airline sector.

Revenue of €2.1 billion, operating profit of €71 million and pre-tax profit of €42 million were attributable to Air Europa for the year ended December 2019.

Air Europa currently has an operating fleet of 52 aircraft compared to 68 at the end of 2019, though all planes except one are leased.