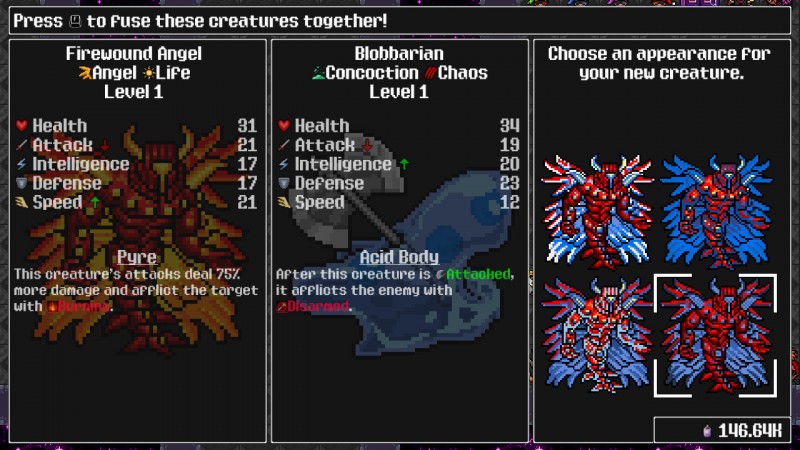 On March 12, Siralim Ultimate launched in Early Access on Steam. If you are like me, you might be wondering “what is Siralim Ultimate?” Well I gave it a try and am really glad I did. The turn-based pixelated RPG combines some of the best things about exploring dungeons from Diablo with creature collectors like Shin Megami Tensei and Pokémon. Progression and customization are around every corner, and you keep unlocking new aspects to engage with as you immerse yourself in different biomes and tile sets. From nemesis packs that spawn with random modifiers to challenge you, treasure golems to seek out for bonus loot, and a zillion different things to grind that all synergistically combine, Siralim Ultimate is sheer min-maxer bliss. of all kinds while you try. to break the game constantly to crush enemies and bosses.

First of all, it’s about choosing a class. Yes, this game also has classes. While I was playing Siralim Ultimate, perhaps one of the most intriguing and compelling aspects of the game is how it cleverly integrates mechanics from all types of genres into the procedural generation turn ground exploration loop. per turn. Bringing together so many mechanics can result in a lack of cohesive vision, but it’s pretty clear that this game thrives on providing as many nested systems as possible.

There are many varied classes to choose from. The druid thrives on using only one or a few creatures, the ‘lone wolf’ style instead of the standard list of six active monsters, the Reaver gets stronger and stronger the further you stay. combat, necromancers can summon minions, and more. I went with the Hell Knight for my first class, taking it to heart that you can respec later in the game quite easily. Hell Knight is all about attacking and attacking hard with the basic attack command and getting big bonuses out of it, like being able to deal damage to every enemy in the fight, attack twice for each command, and distribute debuffs, crits and more on every swing. Great critical energy!

The game story content should take you around ten hours (depending on class, specs, creatures, and grinding… lots of factors here and there’s no rush) and it basically works as a tutorial. The story is … not a good one. And that’s okay in a game like this, honestly. The narrative is just a way to reach an ending that gives the player a reason to keep roaming the infinite dungeons. Along the way, you’ll learn how to build your home base, upgrade the many NPC utilities available to help grow and build your team of monsters to perfection, and meet the many gods you can loyal to in the world. As the game feeds on various systems as you descend into the depths one level at a time.

Siralim doesn’t punish you for death at all, you respawn comfortably in your castle if you wipe. Instead, you earn favors by staying alive, which means you’ll get more loot and rewards. It prompts you to play smart and safe, but doesn’t make you feel like a garbage can when your whole team gets a hit, which will absolutely happen. Combine creatures and match their abilities with your class skills to create terrible monstrosities that can destroy battles in seconds, equip powerful gear that can further boost stats, and take on quests for bonus rewards every step of the way.

Everything is streamlined, with new mechanics, features, and surprises to stumble upon continues to be added until the end of the story, the “real game” being the post-game, where you can really start exploring. combinations and accepting difficult content for huge rewards as you continue to build your castle. The description of the game counts thousands of hours of playtime, and I tend to believe it. 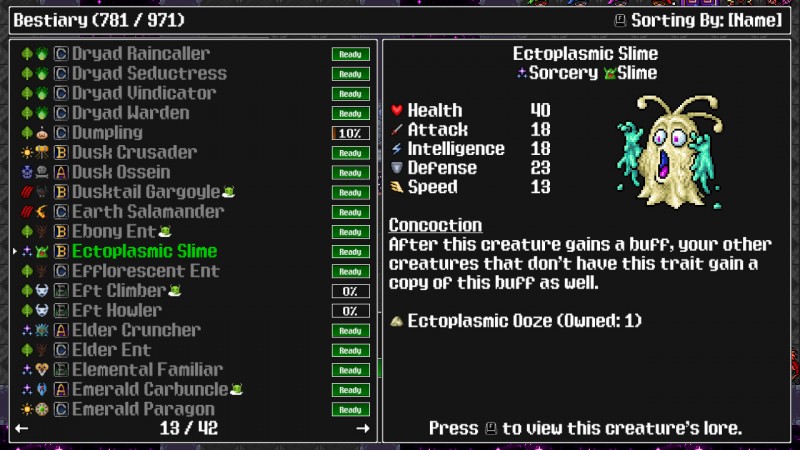 At the end of the line? If you like old-school JRPGs, a ridiculous amount of customization combined with procedural generation, or the creature-collecting genre, Siralim Ultimate invites you to take a look. While Siralim Ultimate is only available on PC in Early Access at the moment, there are plans to launch it on Xbox One, PlayStation 4, and Switch later. Although I haven’t played it, Siralim 3 is currently available on Xbox One, PlayStation 4, Switch, Android, and iOS!