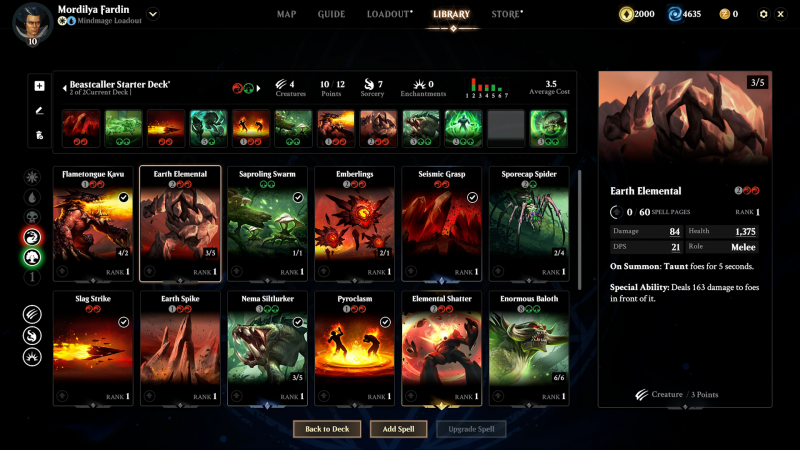 Magic: legends graced the cover of Game Informer some time ago, and now we have the date that all aspiring wizards and summoners can get into the mix. On March 23, PC gamers will be able to launch into an open beta. On console? No worries, the game is still launching on Xbox One, PlayStation 4, and PC later this year.

If you’re on PC, you can enter on March 23 and start battling classic Magic: The Gathering opponents, make friends with planeswalkers, and create a powerful summon and spell game for yourself! One of the coolest things we were lucky enough to discover on our cover trip was an artificial intelligence “director” that changes the pace of the game as you build intensity. Crush enemies too hard? Expect things to get more difficult as elite appearances ruin your day, but there are additional rewards for the challenge. The ever-evolving risk-reward cycle this director can conjure up depending on how you and your friends play is an ambitious and interesting addition to the ARPG space, and I can’t wait to try to smash it into a bunch. different things. manners.

But before you try to play with the system, you’ll need a deck. Yes, Magic: Legends uses cards from Magic: The Gathering to drive the action, but it’s much faster than a head-to-head head-to-head on a table. Your deck is constantly going through the options and you can build it however you want, synergizing with the selected planeswalker. There’s even PVP if you want to compete against other players for rewards, but a lot of what we’ve seen so far comes down to open-world style maps, campaign experiences, and ” Small sized events that give players a quick goal. leads to a boss battle. Trials are focused on play, get loot, take out races, which is perfect for small blocks of time solo or with your team.